"It’s all I’ve ever wanted to do since I can remember, at least five years old. That’s the earliest I can remember running around my house in a flight suit.” 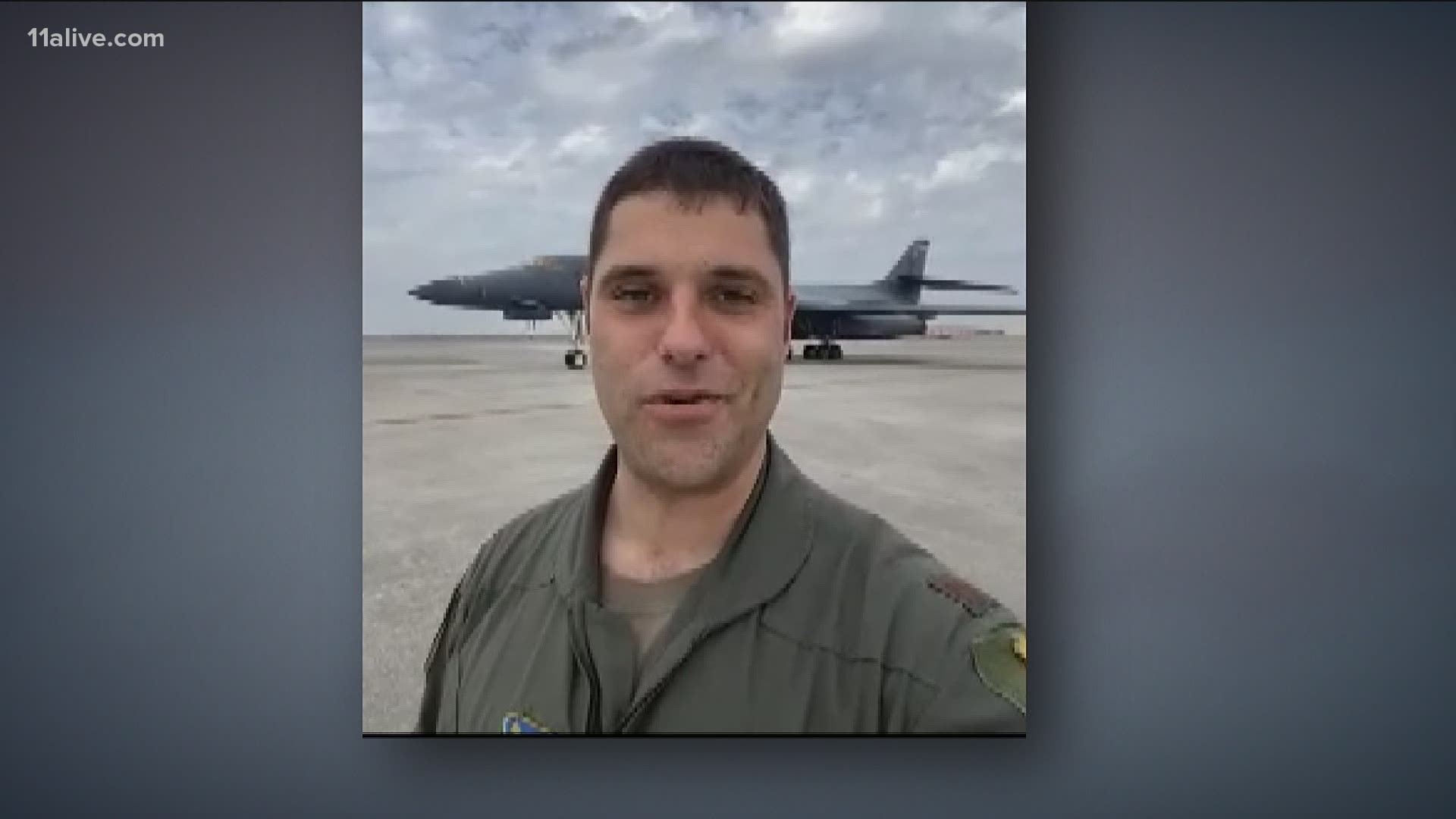 TAMPA, Fla. — Major Patrick Burke grew up in Peachtree City, the city of Delta pilots, so call it destiny that he’d become a pilot, too.

“Growing up in Peachtree City around all the Delta pilots there, my dad was one of them. He flew five years in the Air Force. It’s all I’ve ever wanted to do since I can remember, at least five years old. That’s the earliest I can remember running around my house in a flight suit,” he said.

Burke went to the Air Force Academy out of Starr’s Mill High School and now based in Abilene, Texas with his wife and three boys, he’s on his second assignment for the Air Force.

RELATED: What you need to know about the historic 'trifecta bomber flyover' at Super Bowl LV

“I walked into work on Friday afternoon after being in a meeting and my commander pops out of his office and sees me walk down the hall, and he says, “Patty, you’re going to the Super Bowl!” I said yes sir, absolutely. Of course. Why?” Burke said.

The reason didn’t really matter. It was an order he didn’t mind taking.

As a representative for the Air Force, Maj. Burke traveled to Tampa to show off the aircraft that will be flying over Raymond James Stadium before the big game. He’s representing the B-1 bomber.

“It’s not often that you get to see one of the Air Force Bombers out and about on the ramp. It goes up to 900 miles an hour, supersonic, faster than the speed of sound,” he said.

It’s a treat to see one in action.

The three aircraft doing the flyover, a B-1, B-2, and B-52, took off from Dyess Air Force base in Texas, Whiteman in Missouri and Minot in North Dakota. They joined together over the Gulf of Mexico for their big moment in Tampa. Then, they were scheduled right back to their home bases without ever touching the ground.

“Typically for an event like this, the crews will land at the closes airfield and drive over to the Super Bowl to wave at the crowd, but since they’re all going home station, we’ll be over there to represent them on the field,” he said before the big game.

Maj. Burke said he won’t be repping any specific team under his flight suit, but he does have a special patch on his sleeve.

“They made custom patches for the flyover crews and for the static crews that are out here, so there are only about 50 of these that were made. So, we will be wearing that to represent,” he said.

“I may be rooting for the Chiefs, but it’s hard to say that Brady could be beaten. But, I’m from Atlanta, right? So, I like the underdogs,” he said.

After the game, he sent 11Alive photos from the big day.