Looking for a hotel room in Atlanta for the Super Bowl? Good luck with that

Hotels in town are full to capacity with some as far out as Lawrenceville nearly just as full. This comes as the city plans to add more than 1 million people to its population for about three or four days. 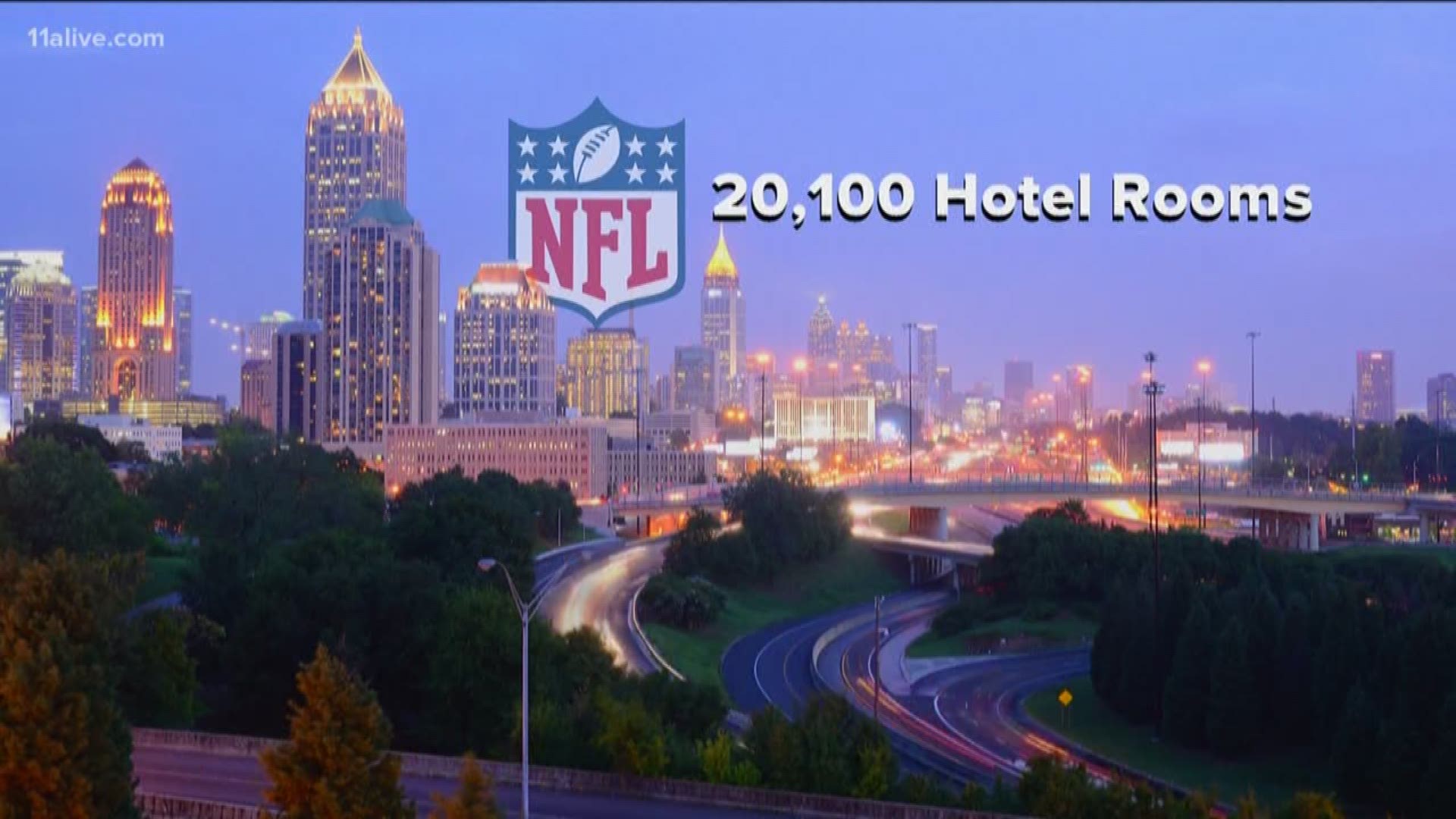 ATLANTA -- The Super Bowl host committee in Atlanta just released the occupancy rates for the big game, and even with 130 days to go, it doesn’t look good for anyone who hasn’t already booked.

11Alive checked dozens of hotels close to Mercedes-Benz Stadium and they’re already sold out. It’s the same story close to the airport and in Midtown. Some hotels as far away as Lawrenceville already have limited availability.

According to the host committee, there will be a million visitors in town during the week of the Super Bowl. That’s roughly the same as the entire population of San Antonio.

► 10,000 people selected to be volunteers for Atlanta Super Bowl

The NFL signed contracts with 107 hotels in Atlanta to put people up and their official block includes Downtown, near the airport, Cobb Galleria, Gwinnett, Buckhead, Alpharetta and others places around the metro. In fact, the NFL by itself has contracted 21,100 rooms – up to $6 million in revenue for the city.

The most popular day to check in is Friday, Feb. 1 – and for checkout, it’s Feb. 4. It would be wise to stay away from the airport that day.

The host committee said the city is spending roughly $46 million to bring the Super Bowl to Atlanta but they estimate it will bring in $158 million.

The Atlanta Visitors’ Bureau also spoke to local restaurant and business owners on Tuesday. They reminded them that plenty of people who don’t have a ticket to the game will be in town that week and there are hundreds of ways to bring all those visitors in for business.