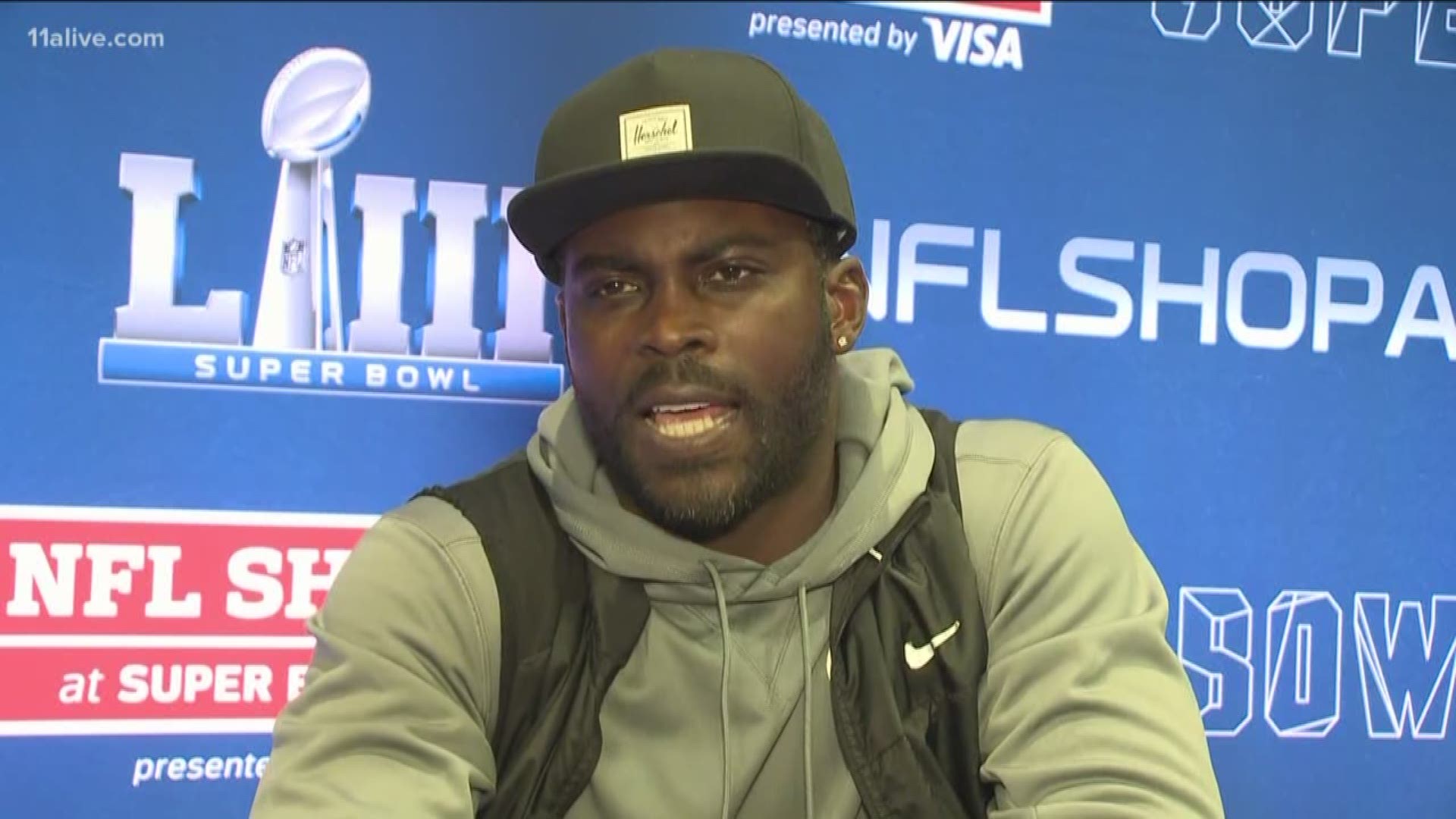 ATLANTA — Former NFL quarterback Michael Vick was a star attraction at the Super Bowl Experience on Saturday, helping the league launch its interactive showcase venue for the next eight days.

In between the autographs, iPhone selfies and meet-and-greets, Vick sat down with 11Alive Sports for five quick, but intriguing questions:

1) How does this Super Bowl compare to Atlanta's other hosting efforts from two decades ago?

2) Are the New Orleans Saints fans whining too much about last week's crucial no-call (pass interference) from the NFC title game? Or are their arguments legitimate?

3) Who has the edge with the Super Bowl battle of quarterbacks Tom Brady and. Jared Goff?

4) How will the re-hiring of Falcons offensive coordinator Dirk Koetter help Matt Ryan in the short term?

5) What are Vick's feelings about the NFL public relations department touting him as a "Philadelphia Eagles legend," while promoting the Super Bowl in Atlanta?

Here's the background of the final question:

For its promotion of the autograph sessions featuring active/retired NFL players and ancillary celebrities, a carefully worded NFL.com press release referred to Vick as an Eagles 'legend.'

This awkward billing suggested three reasons for the league ignoring Vick's thrilling years with the Falcons:

a) The Falcons (privately) went out of their way to distance themselves from Vick, even though he's done an admirable job of rehabbing his public image over the last eight years.

b) The NFL p.r. office features a number of under-30 writers with little recall of Vick's first six NFL seasons with the Falcons (2001-06): 11,505 yards passing, 3,859 rushing yards, 73 touchdowns ... and likely the league's most dynamic talent when running in the open field. 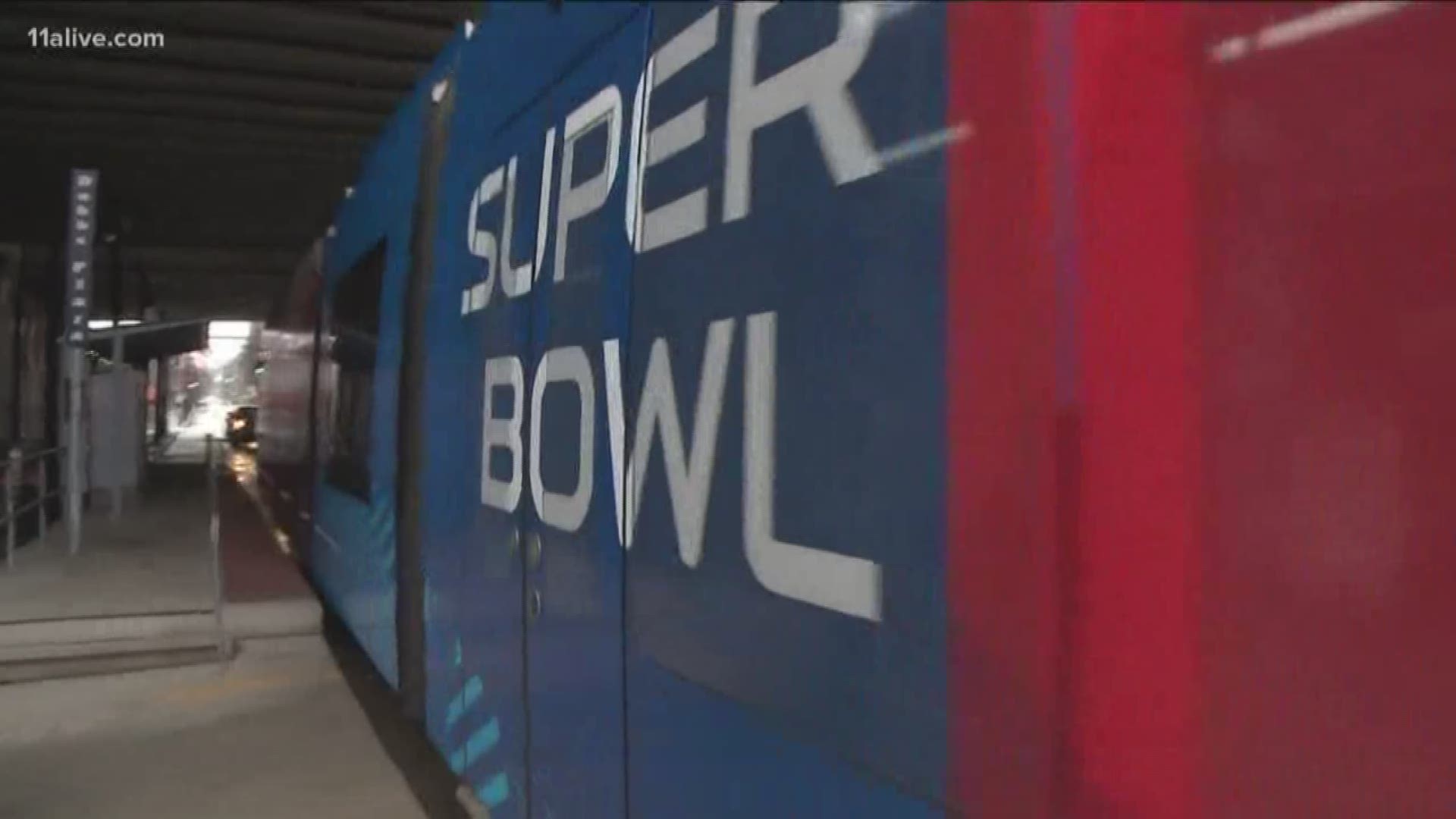 c) The NFL PR wing runs heavy with secret Eagles fans, who still hold Vick's absurd 2010 outing against the Redskins in high regard:

Impressively, Vick wasted little time in choosing between the Eagles and Falcons.

"I was drafted here first (overall). The city embraced me, embraced the team. (Early on), we didn't have large crowds coming out to watch the games; so the (players) kind of united together to build something special," said Vick.

"You know, in that six years' time, Atlanta really became a special place for me." 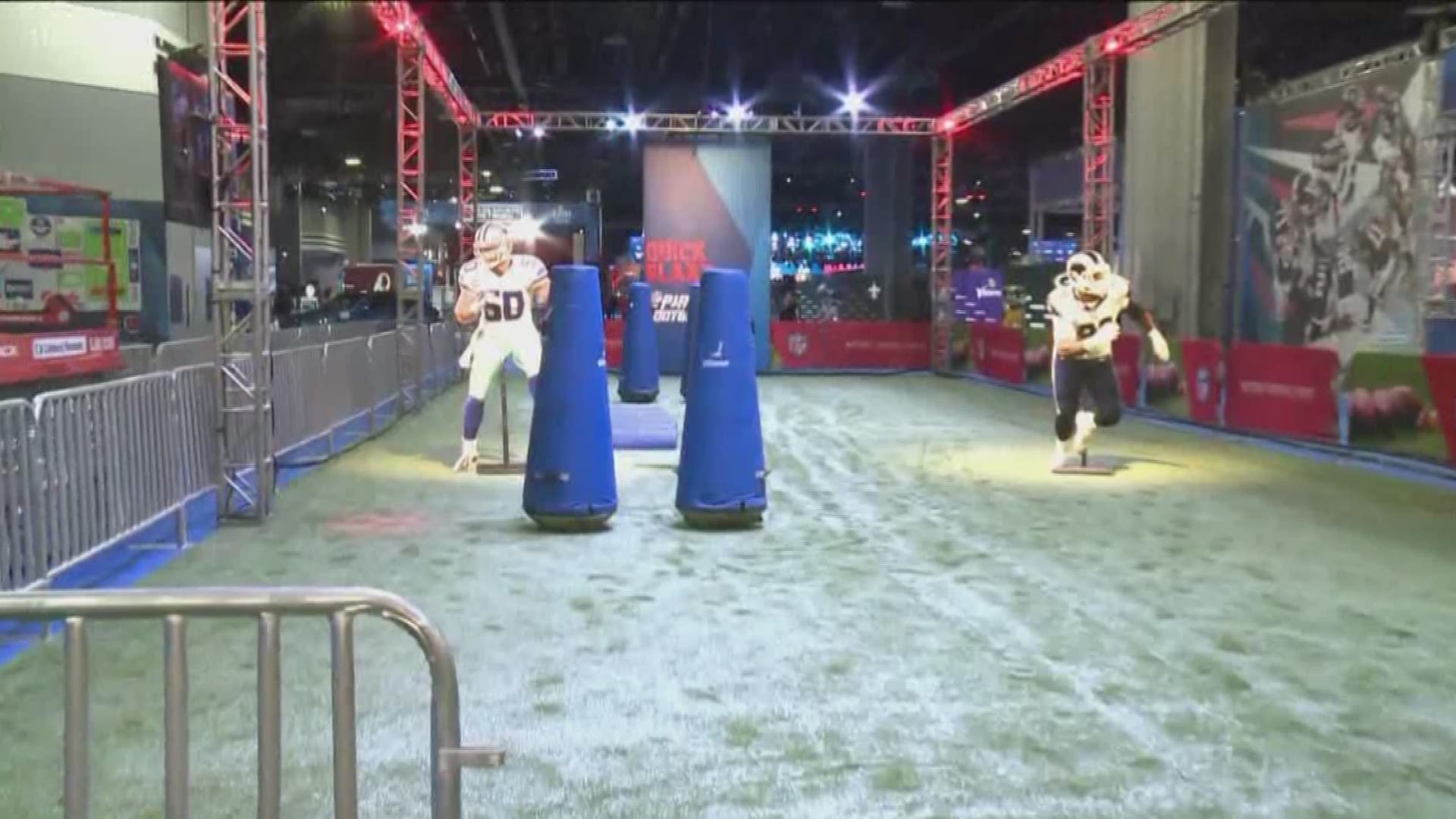