Many have criticized Dupri for taking part of the Super Bowl festivities given the controversy surrounding Colin Kaepernick. 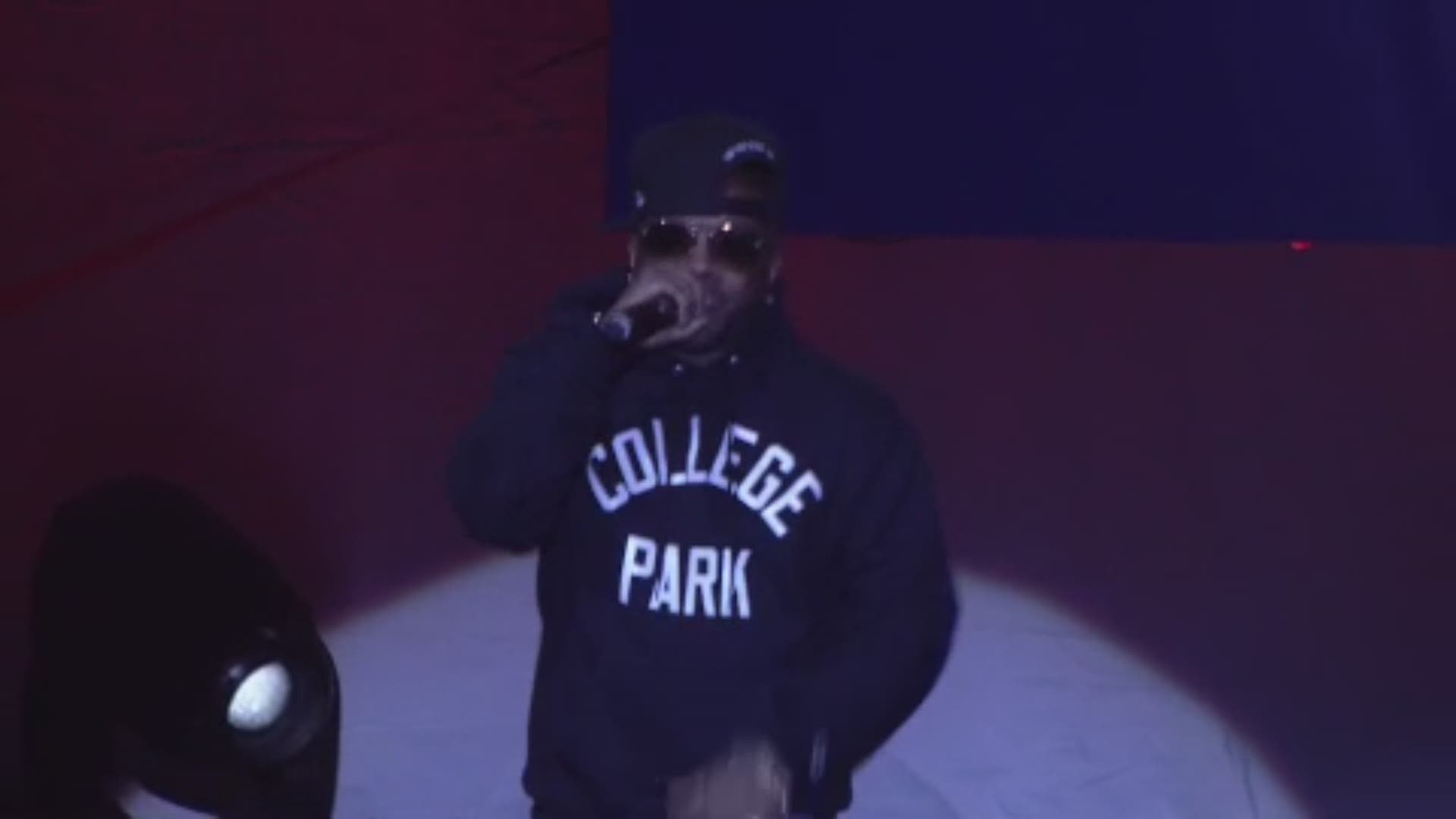 The group "Mothers of the Movement" declined an offer from Jermaine Dupri to be a part of the Super Bowl LIVE festivities he is producing at Centennial Olympic Park this week.

About two weeks ago, Dupri posted a video on Facebook saying he was about to meet with the group, which is combined of families who say their loved ones have died at the hands of police.

"I'm not sure what's going to happen, but I want to bring you all along with me," Dupri said in the video. He shows himself walking in the room, greeting everyone, and sitting down at the table to have a tough conversation.

RELATED: 2019 Super Bowl non-stop live stream of the best video from the week

In the five and a half minute clip, a few people tell their stories.

"Take a Knee is the biggest protest since the 60s," said the mother of Nicholas Thomas. "You're crossing that picket line."

Some have criticized Dupri for taking part of the Super Bowl festivities given the controversy surrounding Colin Kaepernick.

Thomas was shot and killed in 2015 by a Smyrna officer. Years ago, Thomas' parents said they are certain that police had no justification for shooting and killing their son. Police say their initial investigation indicates officers feared for their lives, as they said the car he was in was allegedly aimed straight at them.

His mother said her young granddaughter is growing up without her father.

"She walks around to young men 'are you my daddy? when is my daddy coming back home,'" she said in the video. "I have to explain to her everyday that he's never coming back."

Dupri explained he invited them to take part in Super Bowl LIVE, the concert series he is producing, so they would have a huge platform to share their message with others.

"I said, 'use my platform to be heard," Dupri said in the video.

A Wednesday news release sent from the First Vice President of the Atlanta NAACP Gerald Griggs said all parties had agreed at the end of a Jan. 5th meeting that the mothers would speak during Dupri's concert series to raise awareness.

However, then the group has since declined the invitation and Attorney Griggs released the following statement.

“In response to Mr. Dupri’s Instagram photo where he is seated comfortably in a Waffle House with the Lombardi Super Bowl trophy, the Mothers of the Movement respectfully decline the use of his platform. In April of 2018, 25-year-old Chikesia Clemons was tackled down on a Waffle House floor exposing her breasts. Last year, Former NFL QB Colin Kaepernick lost his job for taking a knee, a peaceful protest, against police brutality in black communities. It is only January 30, 2019, and there have already been 56 people killed by police in America, including 21-year-old Jimmy Atchison in historic southwest Atlanta. The father of two was shot in the face. He was unarmed.

On January 5, 2019, the Mothers of the Movement and Atlanta Activists sat down with Jermaine Dupri to express why boycotting the NFL was essential to the black community. At the end of the meeting, all parties had agreed that the mothers would speak during JD’s concert to raise awareness about the unnecessary police violence and brutality in the black community. We refuse to stand alongside any individual who does not have the best interest of our community in mind.”

Authorities are still investigation the death of Atchison, referenced in the letter. According to FBI spokesman Kevin Rowson, agents were serving a warrant to an armed robbery suspect at an apartment complex. When agents tried to make contact, the 21-year-old suspect reportedly led them on a chase through the building.

Family members said he was unarmed and hiding in a closet when he was killed.