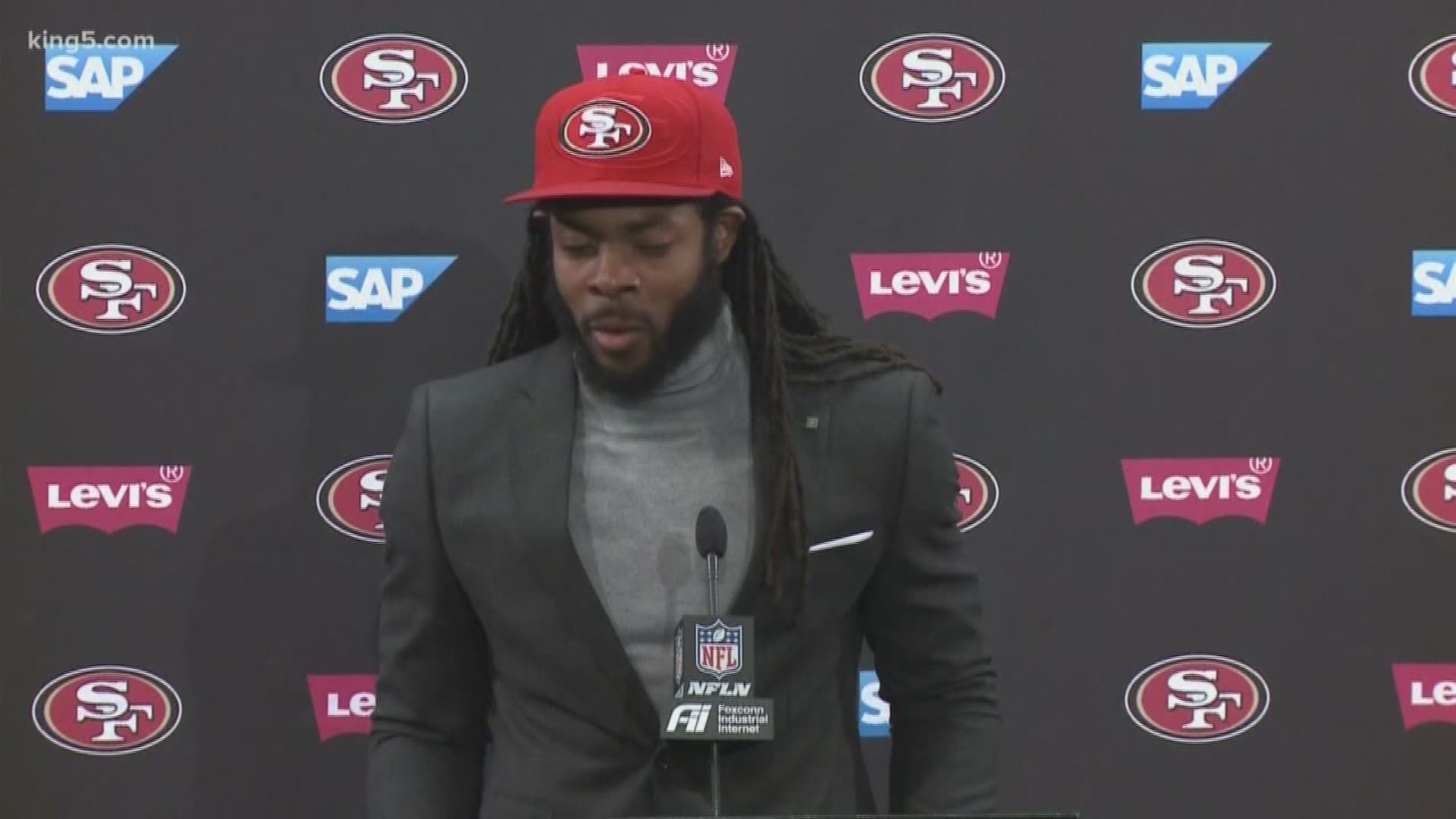 MIAMI GARDENS, Fla. — Over the course of the last week, Richard Sherman has been one of the most prominent athletes to pay tribute to Kobe Bryant, following the former NBA superstar's tragic death.

And even as he arrived for Super Bowl LIV on Sunday, it was clear that the Los Angeles Lakers legend was still on the Compton, California, native's mind.

Hours before kickoff, cameras captured Sherman wearing Bryant's jersey from the 2004 NBA All-Star Game under his suit during his walk from the team bus and into Miami's Hard Rock Stadium. On Sunday, Sherman and the San Francisco 49ers will face the Kansas City Chiefs in Super Bowl LIV.

Last Sunday, Bryant and his 13-year-old daughter Gianna were two of nine people to die in a helicopter crash in Calabasas, California. In the lead up to Sunday's Super Bowl, Sherman discussed the impact Bryant had on his career, pointing specifically to Bryant's recovery from the torn Achilles injury he suffered in 2013.

"I saw him make two free throws and walk off with a torn Achilles," said Sherman, who tore his Achilles in 2017. "And once I tore mine, I knew I had to walk off. Like he said before, we're different animals but the same beast."

RELATED: FIRST LOOK | Check out these Super Bowl commercials that have already been leaked

RELATED: Here's how much money the Super Bowl 2020 players will take home after the game