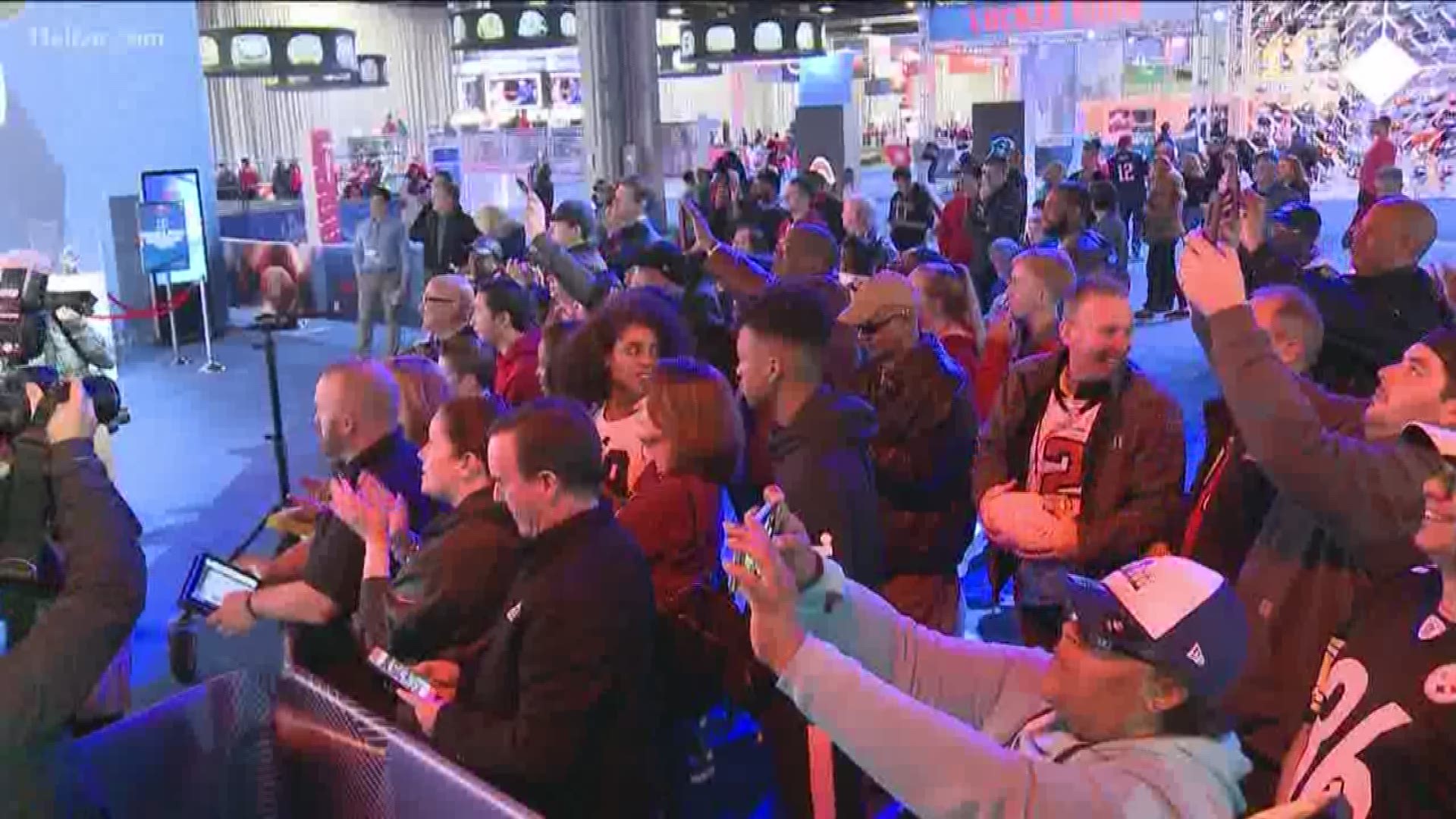 ATLANTA — Security for the biggest sporting event in the U.S. takes a team effort - just ask the many law enforcement agencies working together out of a joint operations center in Atlanta.

They have the broad task of keeping everyone safe as hundreds of thousands flood the city. Saturday's festivities marked the beginning of what will be one of the biggest events Atlanta has hosted in nearly 20 years.

"We actually went to the Super Bowl Experience when it was hosted in Tampa and it was amazing," April Langer said. "So, we didn't want to miss this opportunity to bring the little guy out."

She's one of those many fans who are in town - and she brought the family.

Telleha Howard is another fan enjoying the fanfare.

"I don't think I've lived in a place that has actually hosted a Super Bowl," she said. "And this is just an amazing experience."

But, in the midst of all the fun, Atlanta police along with other local, state and federal agencies are keeping an eye on things.

"We have about 40 different agencies working for us," Deputy Chief Scott Kreher with the Atlanta Police Department said.

Dozens of agencies are working out of the joint operations center inside the Atlanta Public Safety Center.

"We have what we call incident commanders," Kreher said. "Those incident commanders are at 13 different locations throughout the city that specifically deal with a particular event that is related to the Super Bowl. Every morning at 9 a.m., we have a big briefing to talk about what they have the next 24 hours; what they saw the previous 24 hours."

Officers monitor everything from the roads and stadium to the Georgia World Congress Center and Centennial Olympic Park.

And Steve Langer, who went to the Super Bowl Experience with his family, noticed their presence.

"There's a lot of security with the SEC Championship but this is a whole different level," he said.

NAVIGATION: How to get around Atlanta during Super Bowl LIII

Kreher said it's clear to each of them working to secure the city over the next several days what their job is - to fight crime. It's not a new goal for any of them. It's just on a much larger scale.

The joint operations center will be open 24 hours a day and seven days a week until Feb. 5.