In order to get around downtown Atlanta, during Super Bowl week, you'll need to know what streets are closed. 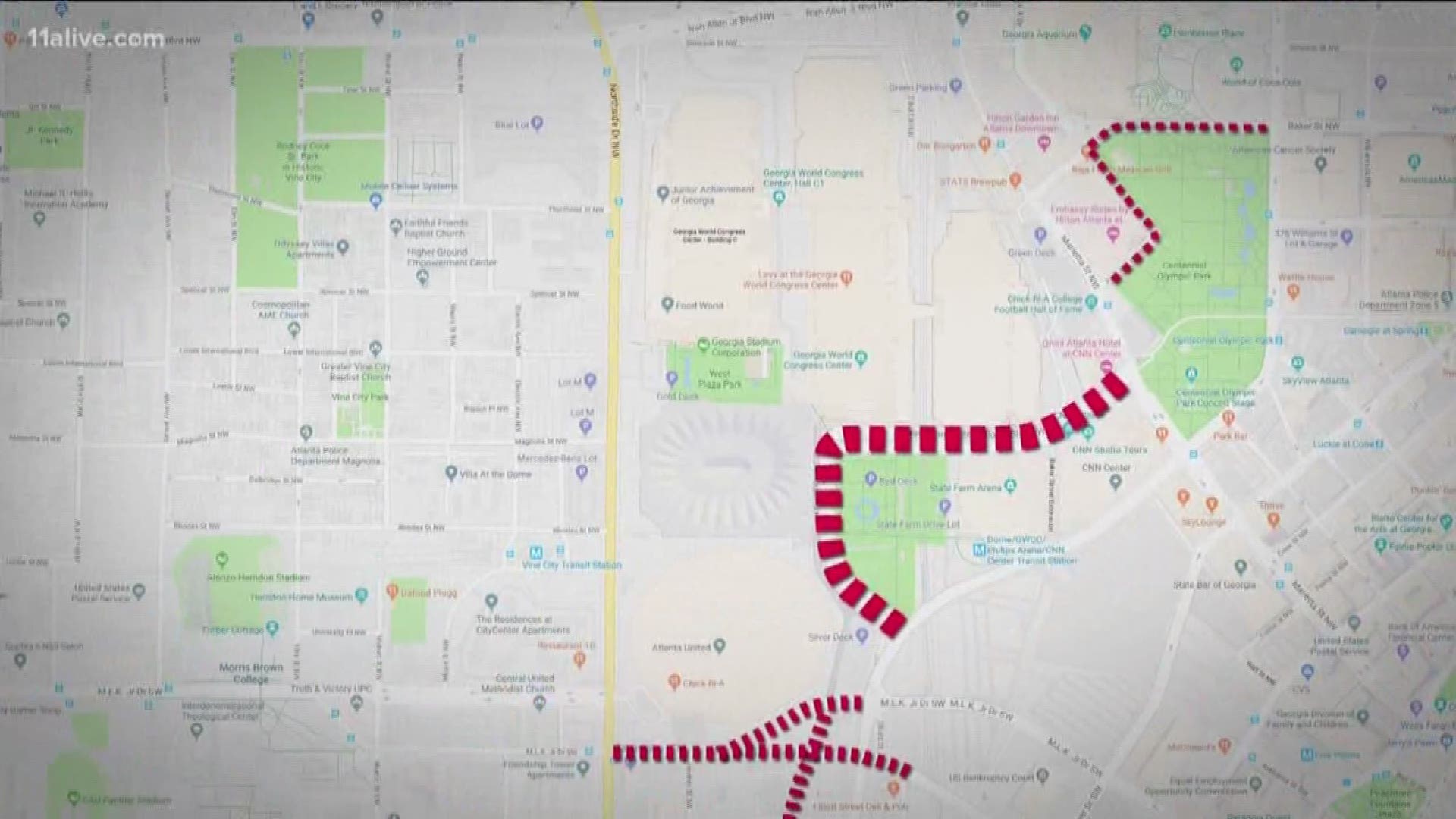 ATLANTA — During the week of Super Bowl LIII, motorists trying to get around downtown Atlanta will have to keep in mind that street closures will be used to help keep cars out of some areas and to help move traffic more effectively.

Even those of us who are used to our "home field advantage" will have to pay attention, because some of your favorite shortcuts may be out of commission during Super Bowl week.

And, of course, any and all road closures that have already been announced, are subject to change with little or no notice, depending on events and last-minute changes. 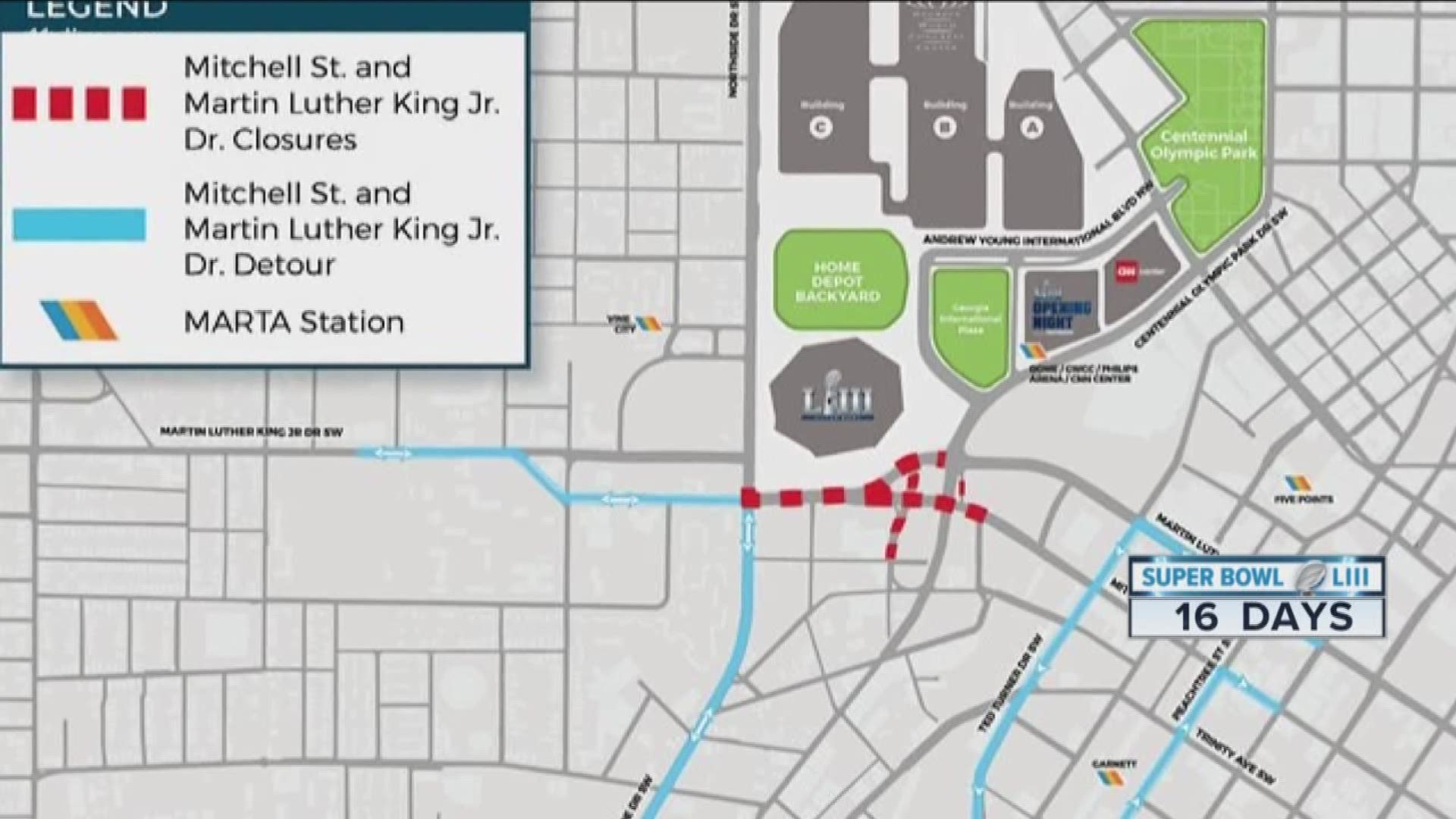 There will be road closures related to Super Bowl LIVE presented by Verizon starting Monday, January 21 through Friday, February 8.

(to zoom in on the map on mobile, click here.)

Along with the closures and changes related to Super Bowl LIVE, there will be additional street closures related to the NFL Honors at the Fox Theatre:

Amy Patterson is the vice president of operations and logistics for the Atlanta Super Bowl Host Committee. She says people have to be prepared for the massive influx of people.

"Any major event comes with traffic," she said. "It's going to increase when we get closer to game day and we are going to communicate everything we can."

She suggests getting online and checking their website if you plan to be anywhere near the downtown area that week to make sure you can enjoy yourself and everything they have planned.

For many, will be far easier to take an Uber or Lyft or to take MARTA, and to add extra time whenever you are going.

While many streets will be closed through the downtown core, you will still be able to get to where you want to go.