Nearly 102,000 travelers were screened on Monday, eclipsing the old record by 9 percent 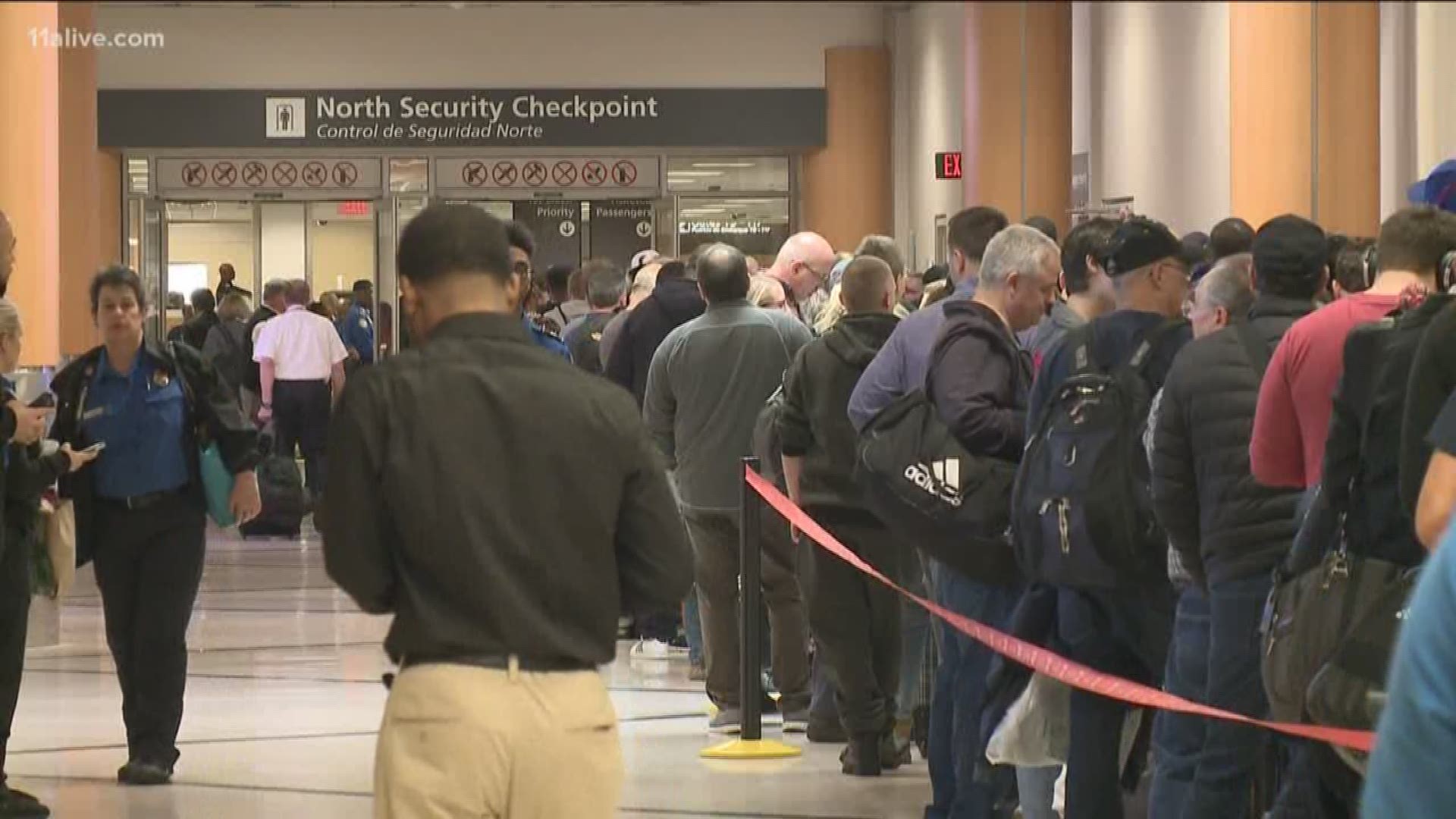 ATLANTA — TSA screening agents at Hartsfield-Jackson International Airport who handled the mass exodus from Atlanta on Monday following Super Bowl LIII set a new record for passengers, according to officials.

On Monday, 101,999 passengers were screened at Hartsfield-Jackson, eclipsing the prior record by about 9 percent.

Mark Howell with the TSA says they also screened 53,781 checked bags on Monday. The previous record was 93,082 passengers, which was set on the Friday prior to Memorial Day in 2018.

1 / 6
Bill Liss / WXIA
Passengers stand in line stretching back to the atrium, waiting to get through a security checkpoint at Atlanta's Hartsfield-Jackson International Airport on Monday, Feb. 4, 2019, the morning following Super Bowl LIII. Wait times for the checkpoints exceeded one hour for awhile on Monday.