Alfonso Garcia had no expectations of a Super Bowl vacation when wideout Brandin Cooks met with him at Rams headquarters. 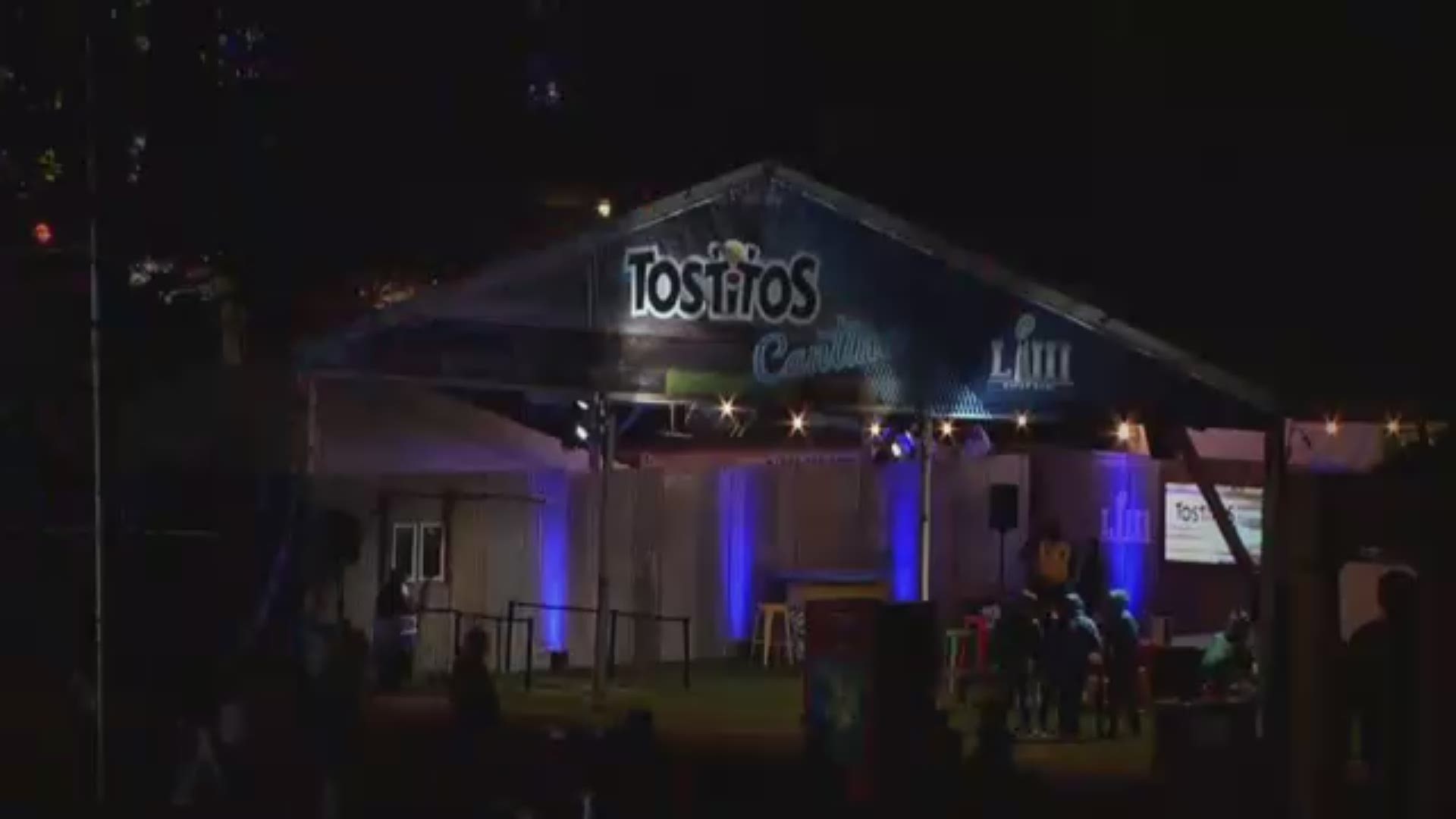 ATLANTA — On the field, the Rams' Brandin Cooks plays the role of a targets-driven dynamo to some acclaim.

Just like any other receiver at the top of his craft.

Off the field, though, Cooks apparently doesn't have a selfish bone in his body.

Take this week, for example.

During the Opening Night festivities with fans and media (Monday at State Farm Arena), Cooks tried to maintain a low profile about his most recent act of kindness – securing Super Bowl tickets for the Rams' team custodian (based in Los Angeles), while also supplying the hotel room and airfare to Atlanta.

However, keeping a permanent lid on this secret would be difficult, amid the media crush, since the Rams had filmed the feel-good presentation last week, before flying to Georgia (below).

"Alfonso (Garcia) ... on behalf of the team and the organization, we'd like to invite you and your son for a round-trip Super Bowl (trip)," said Cooks, who's playing in his second consecutive Super Bowl (spent last year with the Patriots).

"You can come hang out with us, you mean so much to us, you know that, it's special what you do around here. So thank you for everything you do."

In the video, Mr. Garcia was genuinely touched by the gesture ... and even more thrilled to share the experience with his son, Joshua.

For the regular season, Cooks (80 catches, 1,204 yards, 5 TDs) and Robert Woods were among the three sets of NFL teammates to rack up 80 receptions and 1,200-plus receiving yards apiece (along with Travis Kelce/Tyreek Hill and Antonio Brown/JuJu Smith-Schuster).

Cooks stands to have a rock-solid outing on Super Sunday, given his close ties and great familiarity with the Patriots defenders.

In addition to that, Cooks has good karma on his side.