Will Coca-Cola be sold during the Super Bowl?

Pepsi is a major Super Bowl sponsor, but Coca-Cola is a primary vendor of Mercedes-Benz Stadium. What soft drink will be pouring at the big game? 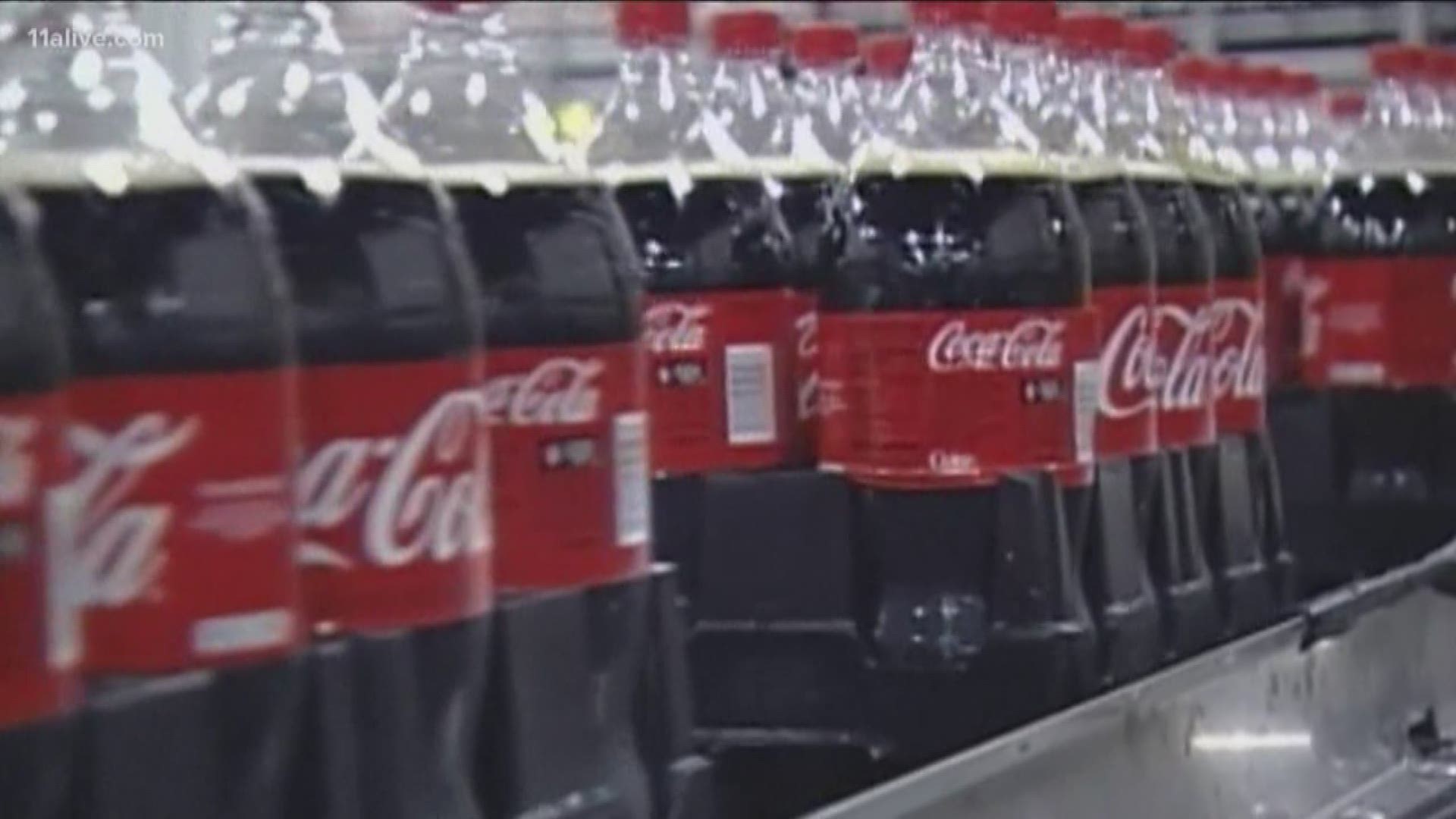 ATLANTA — An 11Alive viewer asked an important Atlanta question that has taken quite a bit of digging to find an answer to.

"Will Coca-Cola be served during the Super Bowl?"

Atlanta-based Coca-Cola is a sponsor of the Atlanta Falcons and is a primary vendor of Mercedes-Benz Stadium. On the other hand, Pepsi signed a major contract with the NFL a number of years ago as the soft drink sponsor of the Super Bowl.

Coming to Atlanta brings with it, a unique situation. Thanks to our partners at the Atlanta Business Chronicle, we have found the answer.

RELATED: Chick-Fil-A won't be open at the Super Bowl 2019

Pepsi is loving its role as an NFL sponsor during the Super Bowl in Atlanta. It has been renting out billboards around town painted in Pepsi blue saying: "Pepsi in Atlanta. How refreshing," or "Hey Atlanta. Thanks for hosting. We'll bring the drinks," or "Look who's in town for Super Bowl LIII."

Pepsi also owns Gatorade, which will be on the field hydrating athletes. It also owns Frito-Lay, which has the Tostitos Cantina attraction at Super Bowl LIVE where fans can meet NFL greats and can participate in tailgating games and food challenges.

There are a number of other special quirks in the Coke versus Pepsi 'cola wars' in Atlanta.

The NFL has a perimeter downtown where only NFL sponsors can be on display. The World of Coke is actually inside that perimeter, but it is still permitted to operate during Super Bowl Week.

Another quirk -- and this is a big one -- is that Coca-Cola is a sponsor of the Atlanta Falcons. Plus, Coke has pouring rights inside Mercedes-Benz Stadium.

During the Super Bowl, the self-serve fountain drinks inside the stadium will continue to sell Coca-Cola products. Pepsi products will be available at limited locations, such as eight branded kiosks within the stadium.

Pepsi products will also be available in all NFL League suites as well as all Pepsi-sponsored local NFL team suites. The remainder of the suites will feature Coca-Cola products.

The cups that will be sold also will have generic Super Bowl branding without the Pepsi logo, according to Mike Egan, senior vice president and general counsel of the AMB Group, which owns the Falcons.

So, to get back to the original question -- the answer is yes, Coca-Cola will still be sold at Mercedes-Benz Stadium during the Super Bowl.

Super Bowl Experience Guide | What to know before you go