Kamara's chain of juice bars, called 'The Big https://www.11alive.com/article/sports/norcross-high-alum-saints-player-juice-bar-chain-to-be-plastered-on-nascar-drivers-car/85-6886c90a-d54a-4ac1-aa4b-6fc6aa47989cSqueezy', will be splashed on the number six car of driver Ryan Vargas for Saturday's Xfinity Series race at Daytona. 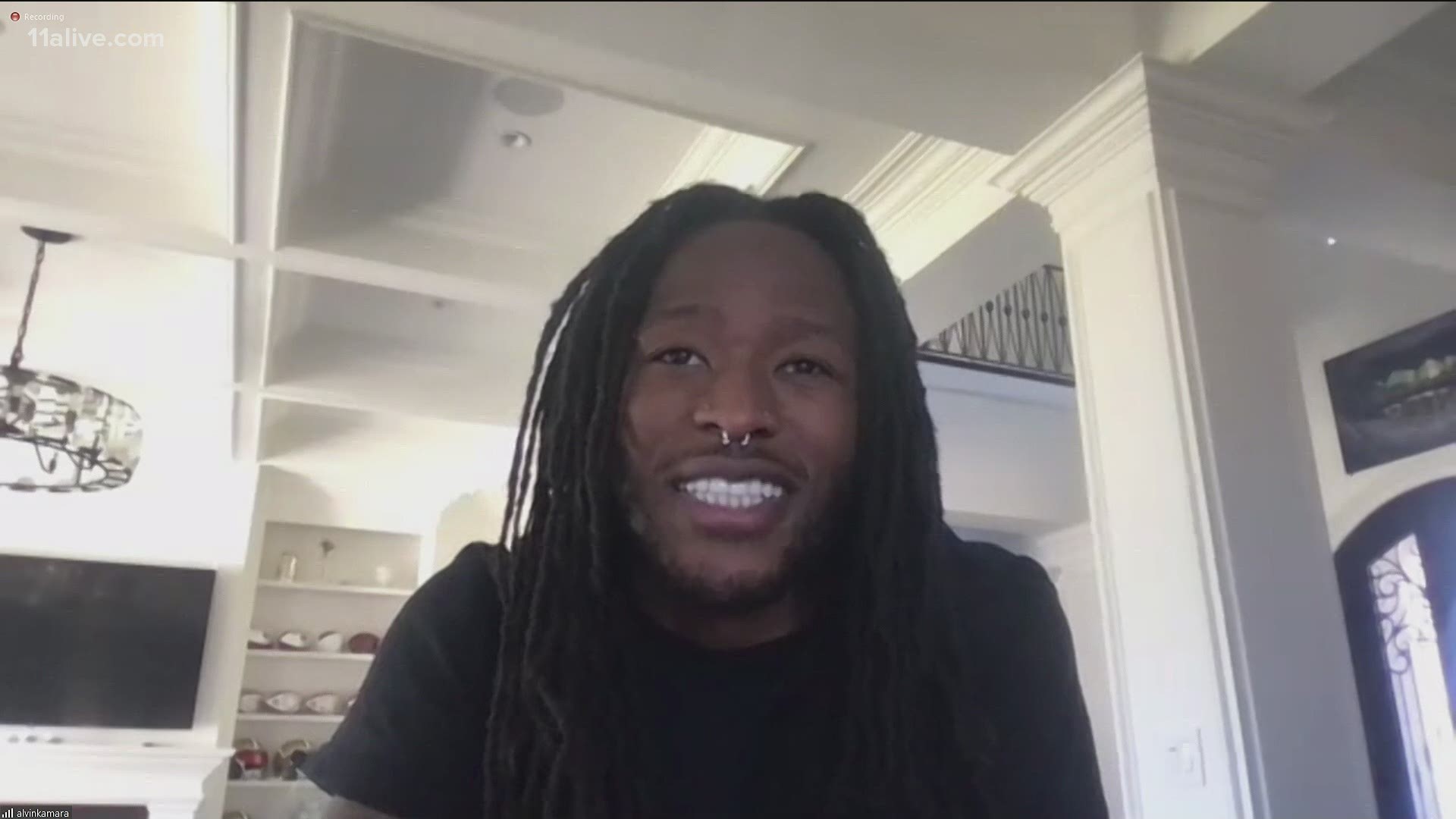 Alvin Kamara started as a star player at Norcross High and ended up as an all-pro status with the New Orleans Saints, but now he faces a new challenge.

Kamara is set to become a team sponsor this weekend at Daytona. He told 11Alive he felt the NASCAR rush in person in 2020.

Kamara's chain of juice bars, called 'The Big Squeezy', will be splashed on the number six car of driver Ryan Vargas for Saturday's Xfinity Series race at Daytona International Speedway.

“We had no sponsor on the car on Monday … The car was just going to be plain,” said Vargas, a 20-year old driver from California who is with JD Motorsports. Vargas crowdsourced the funding for the car via Twitter, and the tweet was sent to Kamara.

“I never had any experience with NASCAR sponsorship,” said Kamara.  “I’ve been a fan for a short time and I had this number, ‘Man, this is going to be a million dollars.’  When I heard the price, I felt like everything was aligning in the universe.”

Each team negotiates its own sponsorship rates but Kamara likely spent low five figures for the race. Sponsorship for one Xfinity Series race typically costs anywhere from $10,000 to $40,000, depending on the team.

When he attended the race last year at Homestead, Kamara said now he wasn’t sure what to expect, but the fans welcomed him with open arms.

“This is not a sport that generally… someone who looks like me would be into. I’m just being realistic. Going and interacting with people in the suites who are actually real fans of NASCAR … they were nice. So I was like ‘oh shoot, this is cool for me.’”

Kamara joins Michael Jordan and Pitbull as celebrities new to NASCAR this season.