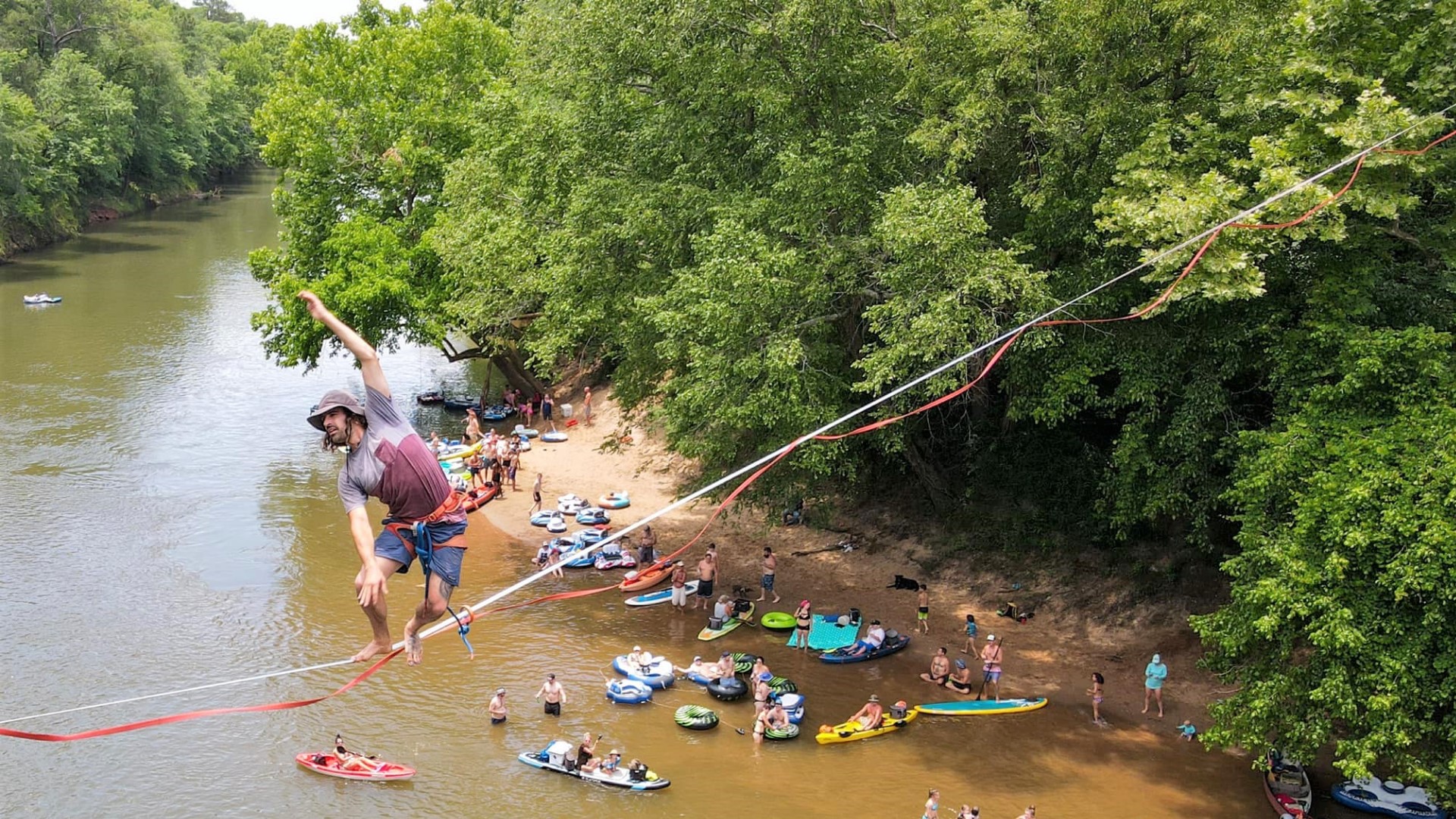 But Joel Gasser and his friend did not walk on water. Instead, they walked on a slackline about 55 feet above the water.

Chris Dunn was relaxing on a sandbar at the park while Gasser was slacklining.

He used his drone to capture the 24-year-old walking above a crowd of floaters.

Dunn was a stranger to Gasser before Saturday. Gasser says they met while he and his friend were setting up the line at the river.

“It was exciting,” he said.

Gasser is originally from Puerto Rico, but he currently lives in North Carolina.

He was in Central Georgia to visit his friend, Ryan Saddler, in Warner Robins.

Saddler owns a slackline company and provided some of the gear Gasser used for his line on Saturday.

He says the approximately 55-foot high line he walked over the Ocmulgee River is the highest folks can get in Macon. He says it’s called a ‘midline’ rather than a ‘highline.’

“Although as far as midlines go, this was a good height for it. It’s a really awesome line,” he said.

This was not his first time walking across the Ocmulgee. Gasser came to Amerson in February.

“We thought it would be best to set it up last time when there weren’t lots of people floating up and down the river just because it would make for a quieter experience,” he said.

Memorial Day weekend caused Gasser to have a very different experience on Saturday.

People flooded the park, tubing, or kayaking down the Ocmulgee, so Gasser had audience this time.

He says slacklining at high altitudes requires a lot focus and balance. When other people get involved, it makes the activity more challenging.

“All of the noise and the interference from the ground, it turns it into a training line,” he said. “Because it’s not as high as what we usually do.”

This was Gasser’s first time being filmed with a drone while slacklining at a high altitude.

“Highlining is all about concentration and any unfamiliar element tends to add difficulty,” he said.

Gasser started slacklining back in April 2018. In Nov. of the same year, he walked his first highline.

He says he has sense of fear each time he sets foot on a highline. Over time he has learned to get into a “flow” and embrace that fear. Gasser calls it magic.

“We just power through. It’s still there the fear doesn’t go away.”

Dublin Walmart holds graduation ceremony for employees in Class of 2020