An upraised fist of freedom: The Legend of Tommie Smith

An upraised fist of freedom for a struggle shared by many during a time when freedom wasn't free for all. 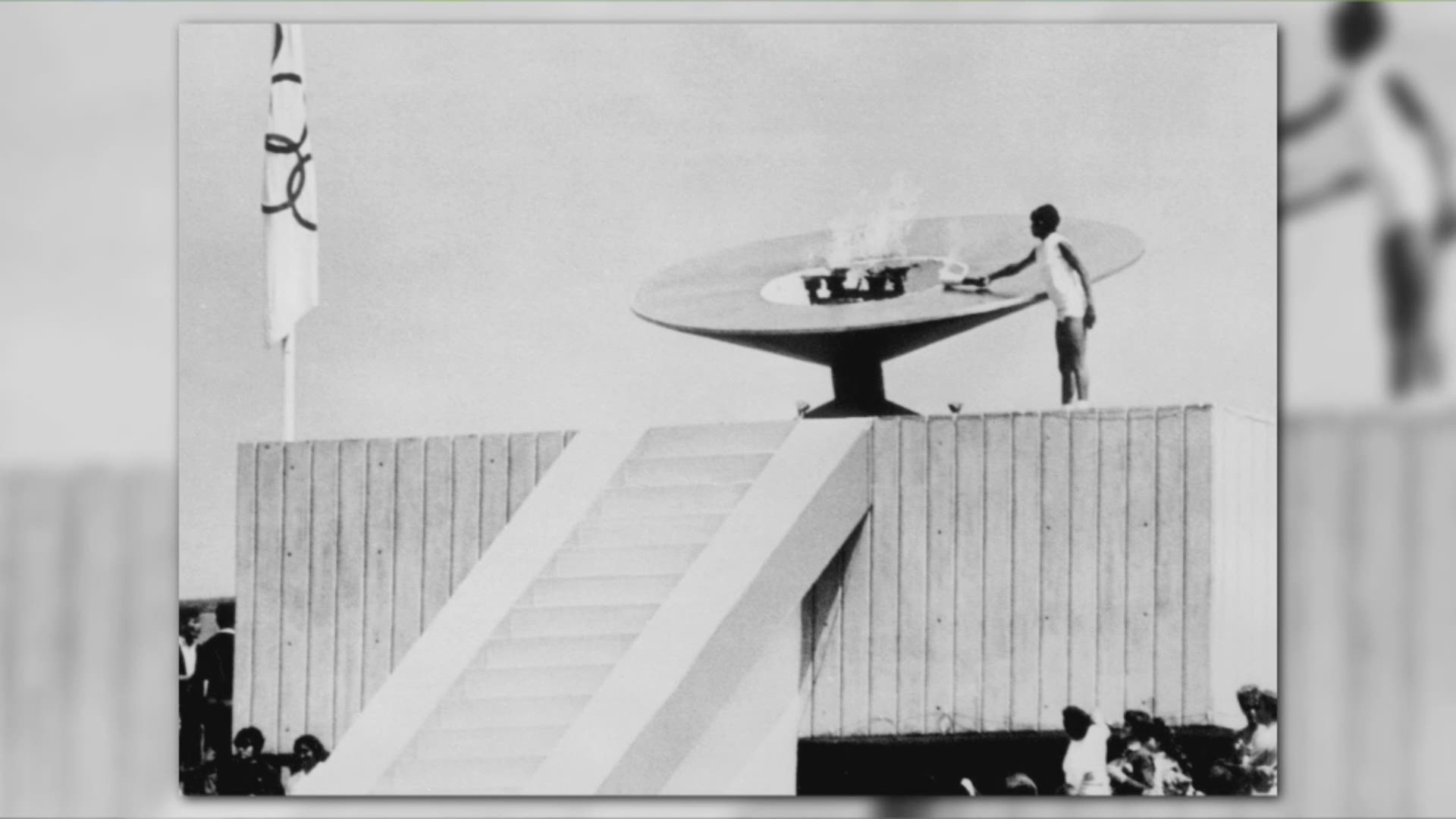 "This is not hate," said Tommie Smith. "This is a cry for freedom."

"As I crossed that finish line, you could see that's a genuine smile," he said. "Then, it turned into this."

His action -- a gloved fist raised, his head bowed as he stood on the medal podium -- became one of the most iconic moments in American history. After his 200-meter race, 24-year-old Tommie and his friend, fellow Olympian John Carlos, stood in protest with their fists in the air.

This race was not about setting a new record -- there was a more important barrier to break.

"What did that moment represent?" asked 11Alive's Neima Abdulahi.

1964 and '68 Olympian Mel Pender witnessed that moment that shined a light on the Black Experience in America at the time.

"When we come back to America, we're not free," Pender said. "We couldn't go to restaurants. We couldn't live in certain areas. Couldn't get decent jobs. The same way today."

Smith sees a correlation between his sign of protest then and what has been unfolding in the NFL.

In the last two football seasons, some NFL players took a knee during the national anthem to highlight racial inequality and police brutality in this nation -- a movement started by former San Francisco 49ers quarterback Colin Kaepernick.

Tommie Smith (c) and John Carlos (r) the gold and silver medalists in the 200m race at the 1968 Summer Olympics, both with gloved fists upraised and heads bowed. Silver medalist Peter Norman (l), Australia, wears a badge in solidarity with the two.

"I stood -- he sat," Smith said. "But going in the same direction. I met the young man. He had no hate for America. Only a dislike of the power structure putting a class of people -- he was fighting that. He put that on the line."

Smith mentions the price of protesting. For him, it came with hatred, death threats, and not finding a decent job after the race. For Kaepernick, not finding another team to take him on.

"And that sacrifice you're going to feel," Smith said. "Make sure you have a reason for doing it."

President Donald Trump has expressed his disapproval of the NFL protest.

"Wouldn't you love to see one of these NFL owners, when somebody disrespects our flag, to say 'Get that son of a b**** off the field right now!'" Trump railed at a September campaign rally in Alabama.

1968 was also the year we lost Dr. Martin Luther King, Jr., and Sen. Robert Kennedy. As Smith reflects on the years, he says his life decision on that world stage shaped the rest of his life. Using this moment to teach the youth about success, history and sacrifice.

"And how much work is there to be done? It's almost been 50 years," Abdulahi said.

"Work is never done," Smith said. "As long as there's man -- universally speaking -- it will continue to be a job for mankind."

1 / 4
US sprinter John Carlos (C) leaves the Olympic village with his wife, after being suspended, along with his teammate Tommie Smith, from his national team and banned from the Olympic Villag Photo credit should read -/AFP/Getty Images)