Malone, a Chattooga County native, competed in the men's high bar finals as the last day of gymnastics wraps up. 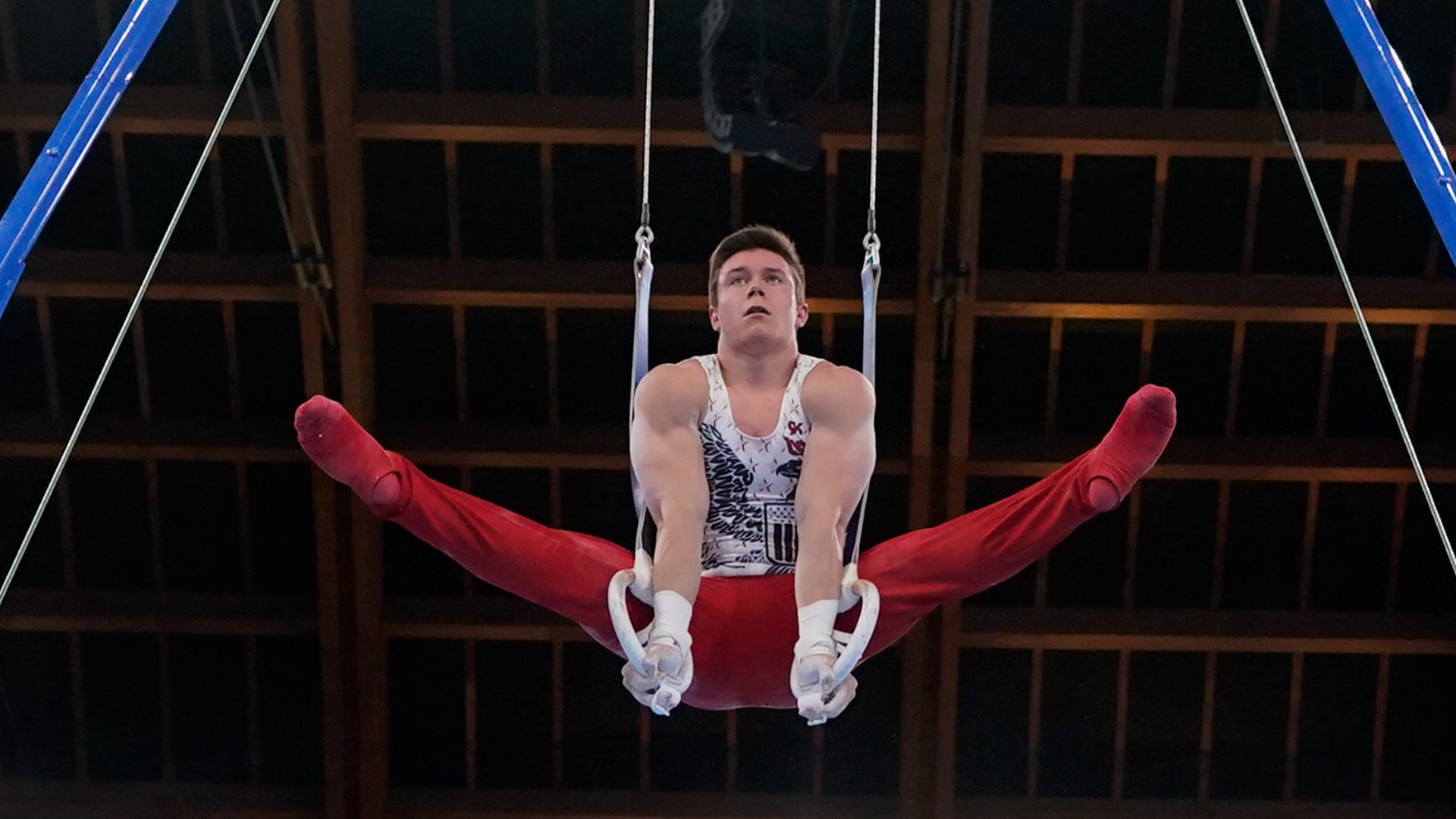 TOKYO, Japan — UPDATE: Brody Malone finished in fourth overall with a total score of 14.200. Malone was just shy of earning a bronze medal and held third place for the first half of the competition. The men's high bar was the final gymnastics event at the Olympics.

Brody Malone returns for the men's horizontal bar finals Tuesday morning for the last day of gymnastics competitions. You can watch the Chattooga County native as he wraps up his Olympic journey here.

UPDATE: Brody Malone finished 10th overall with a total score of 84.465. The Chattooga County native posted strong scores on the pommel horse, horizontal bar and with his floor routine, but struggled on the rings and parallel bars.

He did edge out USA teammate Samuel Mikulak, who finished 12th with a total score of 83.164.

Malone will be back in action on Aug. 3, when he competes in the vault apparatus final.

Georgia native Brody Malone is set to compete for a medal this morning in Tokyo, where he will be one of two Americans in the men's gymnastics individual all-around final.

The competition begins at 6:15 a.m. ET. You can watch Malone and teammate Samuel Mikulak in action here.

Malone, a Chattooga County native, is coming into the all-around final after registering the best score among the Team USA men in Saturday's qualifying round.

RELATED: Olympic gymnast Brody Malone is making a name for himself

After his vault, which clinched his place in the all-around final, the NBC announcers marveled at how he looked "cool, calm and collected" he looked and said he was "just such an impressive athlete."

Overall, Malone had the 11th-best score among all individual qualifiers on Saturday.

His performance in the vault also qualified him for a shot to go for a medal in that apparatus final on Aug. 3.

The 21-year-old from Summerville, Ga., competes and trains 2,500 miles from home at Stanford University. Malone didn't have Olympic goals until he excelled during his freshman year.

"After freshman year NCAA, I did well at that meet, and after that, I thought, oh, this could be possible. A lot of hard work to do still in the gym, but it helped me realize this could happen," he said.

Whenever he's not in the spotlight, Malone is quiet, even and calm -- he reserves his explosive energy for competitions.

Malone focuses on himself when on the stage, often not even glancing at scores.

"It's a clean slate when I go to a new meet; I just try to take it one event at a time," he said.

Malone said he would love a medal, but first, he has to make sure to give it his all.