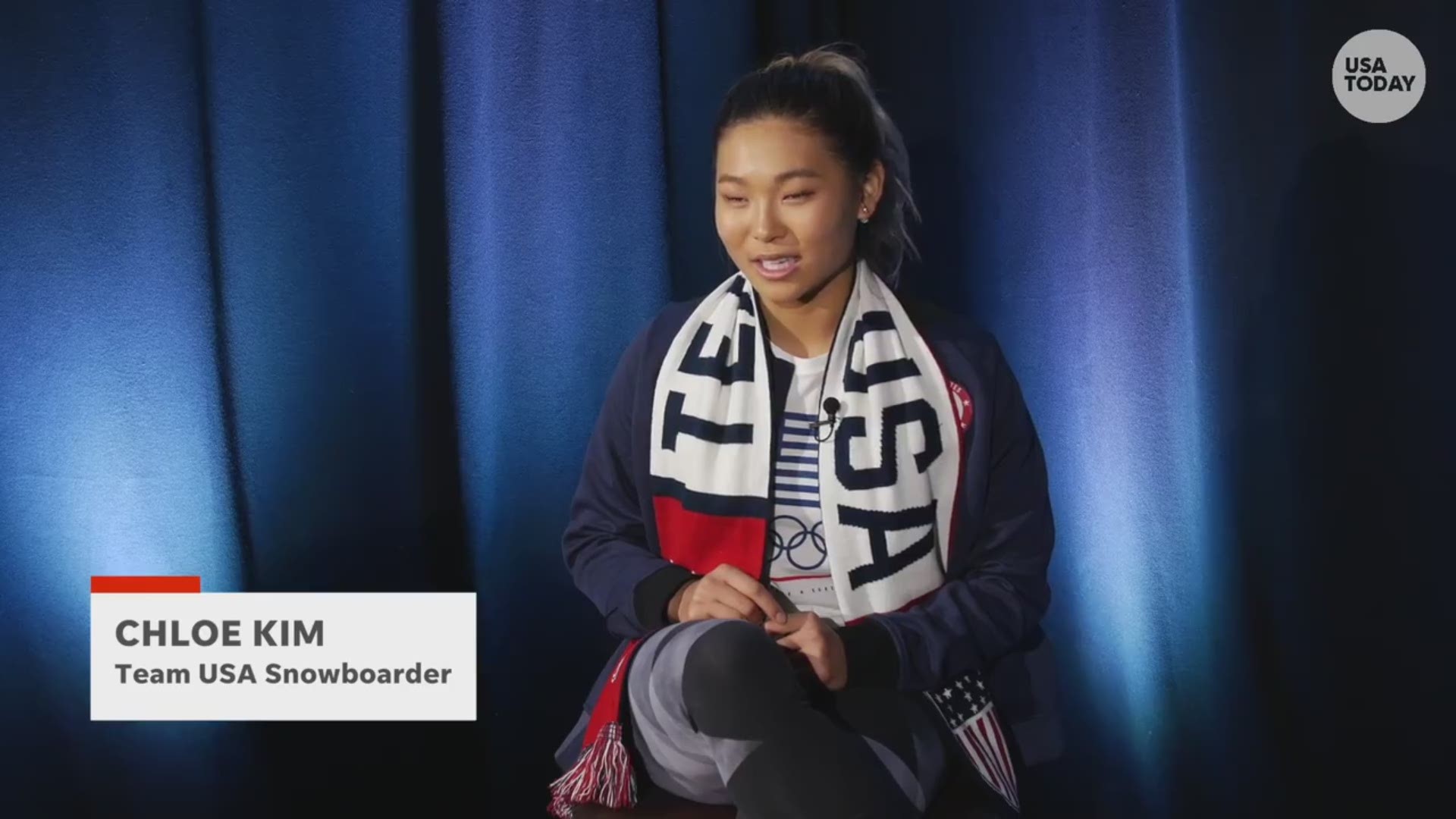 Chloe Kim even surprised herself.

The 17-year-old snowboarding sensation scored an astounding 93.75 on her first of three gold medal runs in the women's halfpipe on Monday.

The score put her in first place, more than eight points ahead of second place. She went on to win the gold medal with a score of 98.25.

Chloe Kim has thrown down the HAMMER with her first run. #WinterOlympics https://t.co/D65Nuoyydu pic.twitter.com/r6UJ7df38X

Kim continues to reach an impressive amplitude on her jumps, something that separates her from the rest of the competition.

Kim's dad, Jong Jin Kim, was at the bottom of the pipe with his homemade (but laminated) poster that read "Go Chloe" with a heart on it.

Chloe Kim’s dad is the cutest human ever with his laminated poster #Olympics pic.twitter.com/A41ORv1ewc

I mean seriously how great is Chloe Kim’s dad’s sign. He may be my favorite person pic.twitter.com/q5zQ7m2HAL

The sight of Chloe Kim’s Dad holding a homemade “Go Chloe!” sign is just too much for me to handle. pic.twitter.com/iqdGK4PXMY

Her dad has always been her biggest fan. He taught her to snowboard when she was four and quit his job as an engineer to support her Olympic dreams.

There was even a Super Bowl commercial detailing their story.

Read more about their journey here: Olympic medalist hopeful has grown up with snowboarding

Snowboarder Chloe Kim lives up to the hype in Olympic debut