Christian Taylor may be going for another three-peat next summer in Tokyo as he chases his third straight Olympic gold medal. 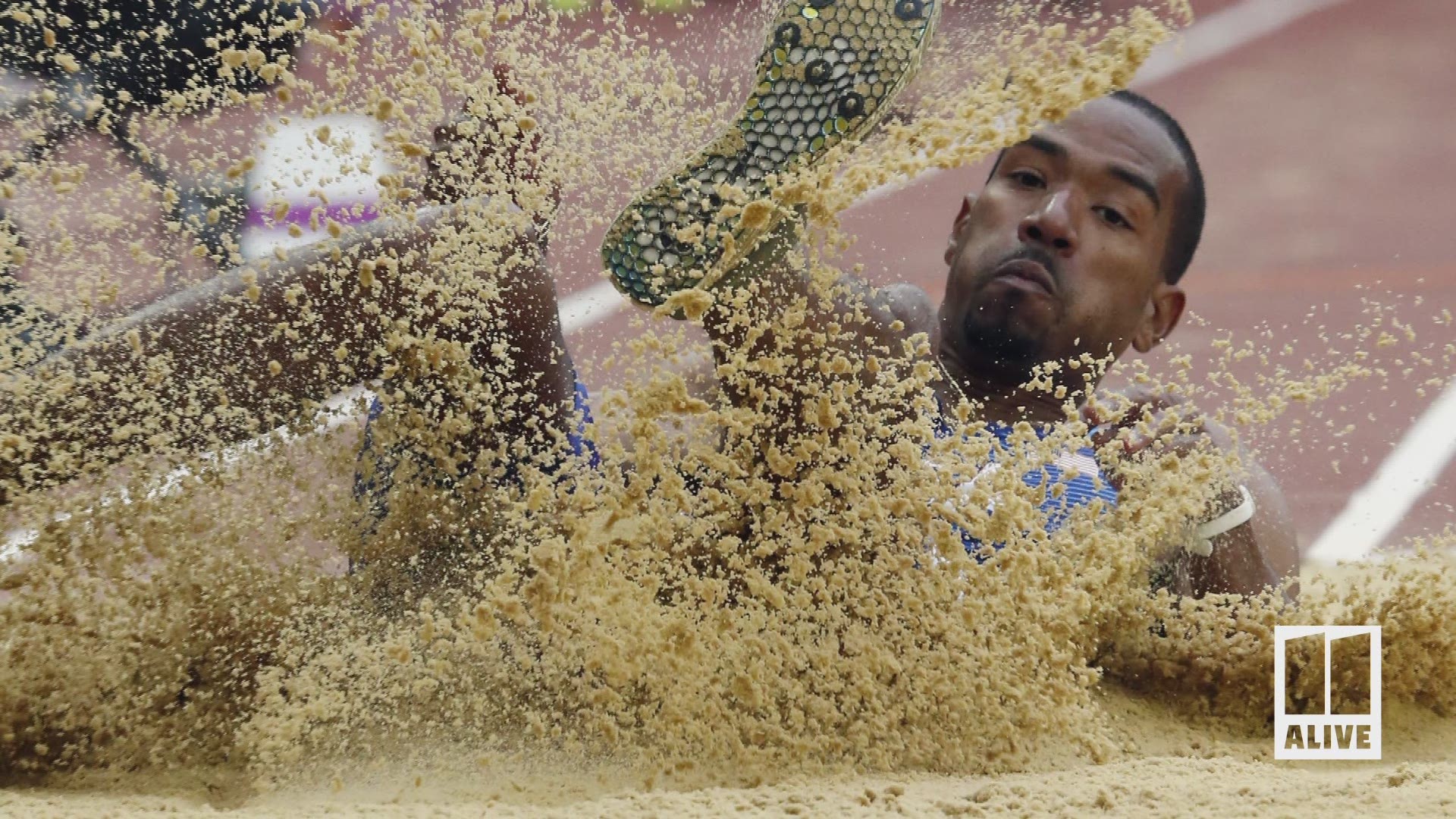 DOHA, Qatar — This has almost become nothing but a formality: Crowning Christian Taylor as the world triple-jump champion.

Taylor captured his third straight title Sunday night at the world championships. But the American standout certainly made this one entertaining.

Fouling on his first two attempts and staring at elimination, he turned back into the Taylor of old to win the event over teammate and good friend Will Claye in a back-and-forth contest. Taylor's winning leap was 17.92 meters, with Claye just 0.18 meters behind.

Taylor may be going for another three-peat next summer in Tokyo as he chases his third straight Olympic gold medal.

"Really my goal was to be a one-time world champion, one-time Olympic champ," said Taylor, who's now won four of the last five world titles. "Everything else is icing on the cake. Now four times — it makes me feel old that I've been doing this for so long."

It was just business as usual for Taylor in an event where the competitor tries to jump as far as possible by performing a hop, step, and a jump from a running start.

All he needed was a little pep talk Sunday to get back on track.

"I said, 'You belong here. Just slow down, relax and don't touch the board and get to the final,'" Taylor recounted.

He took his own advice to heart. On his fifth attempt of six, he turned in his best jump of the evening.

Was that drama enough?

He said he's heard whispers about possibly taking the event off the Diamond League competition schedule, just to make the program more condensed.

"This is what we need to keep the triple-jump alive," Taylor said. "Hopefully the IAAF saw this, recognized that it was good for the fans. Hopefully, we had a big enough bang that that IAAF says, 'We'll keep you guys.'"

Just don't ask him if winning ever gets old.

It had to be the spikes. His new pair of custom-made Nikes was made in honor of NFL wide receiver Odell Beckham Jr. Remember when Beckham did his triple-jump celebration after scoring a 75-yard touchdown for the News York Giants in 2016?

"I'm a big fan of his," said Taylor, who pointed out that he won on a night when Beckham's new team, the Cleveland Browns, played, and routed, Baltimore. "The play, the attitude, the swagger."

Fitting, the design on the spikes was in gold.

One of the first to congratulate him was Claye. They're fierce rivals on game days — they were teammates at the University of Florida — but fast friends away from the track.

"We've gone through the ranks together, trained together, been through the mud together," Claye explained. "This right here is another stop along the way. We'll always have that great relationship. We always have a mutual respect and love for each other."

Without Taylor in his way, Claye could have a lot more hardware. Claye finished runner-up to Taylor at the last two Olympic Games.

"But if he wasn't around, I'm probably not doing track," Claye countered. "If I won those golds, I'd be like, 'I got everything I wanted from the sport.' I'd probably be doing something else now. The chip on my shoulder that's growing each and every year is going to amount to something very special."

'It's like a bad, bad, bad dream' | Family heartbroken over death of 11-year-old who collapsed at football event