As the two-day competition unraveled at the Olympic Games, these four Georgia athletes take on the race to become champion. 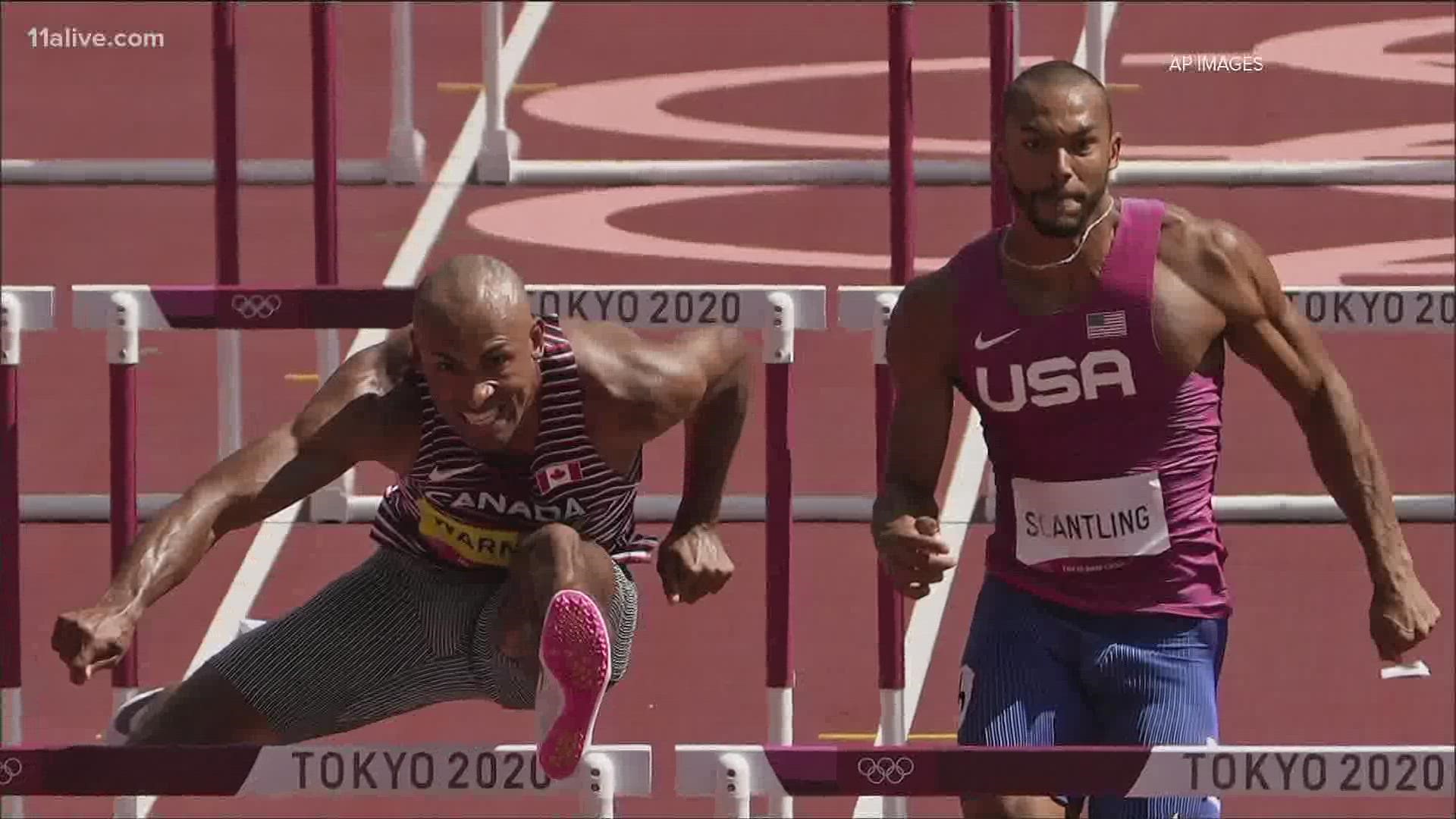 Former University of Georgia athlete Garrett Scantling placed 4th overall with a score of 8611, only 38 points shy of the bronze medal. Scantling made his Olympic debut at the 2020 Games.

He wasn't the only decathlete with Georgia ties, as three Estonian UGA athletes also competed. Marcel Uibo, Karel Tilga, and Johannes Erm all participated in the two-day-long event. Tilga placed 20th overall in the decathlon with a score of 7018. Erm came in 11th place with a final score of 8213 and Uibo finished in 15th place with an overall score of 8037.

The four men's final event was the 1500m race, in which Erm finished third. Scantling finished 8th, Tilga in 9th, and Uibo in 11th place.

The decathlon consists of ten rigor intensive track and field events. As the two-day competition unravels at the Olympic Games, these four Georgia athletes take on the race to become the champion. The title of the World's Greatest Athlete is saved for the winner of the decathlon for the men and the heptathlon for the women.

Watch as these athletes test their endurance for a chance at a medal here.

The Jacksonville, Fla. native and the former University of Georgia Bulldog said he did a plethora of sports in high school, including basketball, track, football, and baseball.

"Always wanting to do something different," Scantling said.

At first, the decathlon didn't appeal to him because of all the varying skills required and learning from scratch. However, he said sports push minds to the limit -- including his own.

"The 1500-meter is the worst," he said. "It's really hard to get over the fact you have to exert yourself to the limit."

Out of all the events, the javelin is his favorite. He said it perhaps stems from his past throwing things in football and baseball.

Up until high school, he had no idea about the decathlon. In 2016, he came in 4th at the Olympic trials for the Rio Games, shy of making the team. He considered retirement and decided to take a financial services job in Jacksonville.

He makes his Olympic debut two years after quitting his financial planning job in Jacksonville. The decathlete met up with his coach soon after to focus on training once again. For the 2020 Tokyo Games, he won with his personal best score of 8,647.

Maicel Uibo had his Olympic debut in 2016 at the Rio Olympic Games, and a year later, he married his Olympic gold medalist wife, Shaunae Miller-Uibo. The former UGA athlete representing Estonia met Miller-Uibo while in college. The two had classes in common as well as trained together.

"We would always see each other," Miller-Uibo said. "We became really good friends, and the story goes on from there."

The Miller-Uibo family proved victorious with a double silver win in the 2019 World Athletics Championships in Qatar. The Estonian runner was prepping for his final decathlon event, the 1500m race, when his wife had placed second in her 400m race. Uibo came in second overall, and both track stars took silver medals home.

"For her, it was a regular day at the office," he said.

In 2016, Uibo and his wife started the Miller-Uibo Foundation, which provides school supplies, scholarships, and mentorships for underprivileged kids in the Bahamas. His wife travels to schools throughout the Bhamamas to speak to children inspiring them to be great.

The 6'6 UGA athlete Johannes Erm was born in Tallin, Estonia. He's making his Olympic debut on the Estonian team as part of the decathlon. Erm is the 2019 NCAA outdoor champion for the decathlon tallying a personal record of 8,352 points.

He started competing in sports when he was 12. By the time he was in high school, Erm had won a bronze medal in the decathlon at the 2016 U-20 World Championships.

"I went to track and field practice, and we started by doing everything. Maybe I never decided what I'm good at, so I stuck with decathlon," Erm said.

He currently lives in Athens, Georgia, and hopes for an Olympic medal at the 2020 Tokyo Games.

Before he set his sights on track, the Estonian UGA athlete Karel Tilga was a basketball player. When he moved to Tartu, Estonia, he found a good coach that led him into track and field as a child.

He said he was always a hyperactive kid. In his town, they have about five different sports -- Tilga did them all. With so many practices and training, the former UGA athlete said he trained more hours per week while he was 12 than he does now as an Olympic decathlete.

" I like moving around; I could never sit still," Tilga said.

Despite being a decathlete, he said his hero is basketball player Lebron James.

'Before the 400m and 1,500m runs, I always tell myself that no matter how hard it is during the race, I feel good again an hour later. It motivates me to give my best," Tilga said.

Tilga moved in 2018 to Athens, Georgia, to study and train at UGA.

Here's how you can watch Team USA in the decathlon:

The goal of the decathlon and the list of events:

There are ten events in the decathlon

It's not about being the best in every event of a heptathlon or decathlon. It's about being the best, or nearly the best, in enough of them compared to the other competitors to win the gold. Because of the varied nature of the events, having speed, strength, agility, and endurance are all necessary.