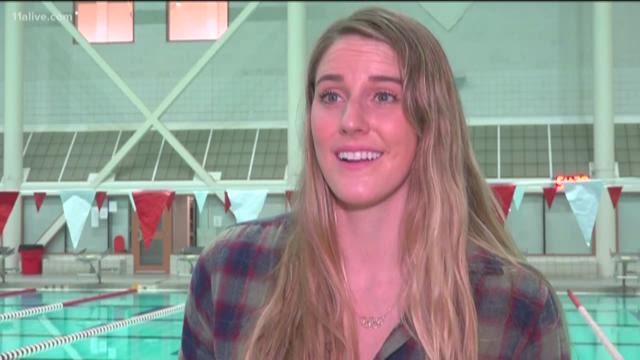 They happen many times over in life. Sometimes by circumstances we cannot control - sometimes by choice.

The University in Georgia is the backdrop of a new beginning for the five-time Olympic gold medalist, Missy Franklin, where she'll be a new student and athlete under the training of Jack Bauerle. Bauerle coached her when she made her first national team at 13, and the pair have kept in touch.

The 22-year-old talked exclusively on camera to 11Alive's Cheryl Preheim about her transition.

“I already feel like a Dawg, which is so cool to be here and feel so accepted and so welcome. It says so much about the people here who have,” she said. “I'm so excited to be here…I think it is going to be a place where I can really thrive."

Missy will tell you the past year has brought more challenge, change and struggle than she thought she could handle – but she’ll also tell you she is grateful for it.

“Every year of your life isn't going to be the next best year," she reflected. "Some aspects are, but there are also going to be some incredible challenges. Sometimes those times of challenge last a lot longer than we would like them to. But that only helps you come out that much stronger at the end."

Missy has enjoyed circumstances when everything went her way: From a story book start to her Olympic career at the London games – as a high school student who was unstoppable – to becoming the most decorated female athlete at those Olympics.

It was the beginning of a stunning career.

1 / 26
LONDON, ENGLAND - JULY 30: Missy Franklin of the United States celebrates with her gold medal and an American flag during the medal ceremony for the Women's 100m Backstroke on Day 3 of the London 2012 Olympic Games at the Aquatics Centre on July 30, 2012 in London, England. (Photo by Al Bello/Getty Images)

She passed over lucrative contracts to compete at the University of California Berkeley, and won an NCAA National Championship. Shortly after, we were with her in New York when announced she was lunching her professional career before the Rio Olympics.

But Rio brought circumstances where nothing went right – beyond disappointing swims, something that was baffling at the time.

She has since had double shoulder surgery to repair damage. And the phenom known for her smile and endless optimism also overcome depression.

“God has given me so much perspective through all of this," Missy said. "The best is yet to come, and that could mean a million different things to me right now.

“I cherish the highest highs more than I can say. Those times in those memories – just reflecting on them, brings me some indescribable joy and happiness and gratitude. But the lowest lows, as hard as they are to look back on again, it gives me this hope and strength in myself that I was able to make it through something I never thought I was ever going to have to go through, let alone make it out of.

"I would go through what I went through 100 times over, knowing that it gave me this knowledge and wisdom, however small it might be, to help people who are experiencing something similar.” 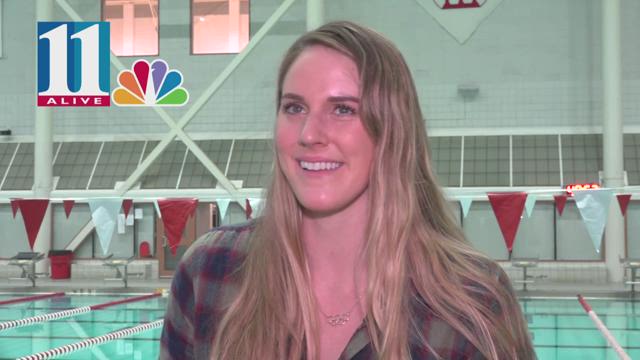 All those circumstances have led Missy Franklin to choose a new start in Georgia, transferring to a new school, where the Junior will study psychology and work with a new coach at UGA.

She has learned that enduring hard experiences gives you the ability to truly appreciate the wonderful ones, and Missy believes the best is still to come.

“I truly believe the best is yet to come and that gets me so excited and gives me so much to look forward to," she admits. "Coach said, 'I'm not just here to make you a great swimmer, I'm here to make you the best you've ever been.'"