'The Freeze' from the Braves trains for the Olympics

The journey Nigel Talton is on will take him to Albuquerque, New Mexico for U.S. Indoor Nationals and will hopefully lead to Tokyo this summer for the Olympics. 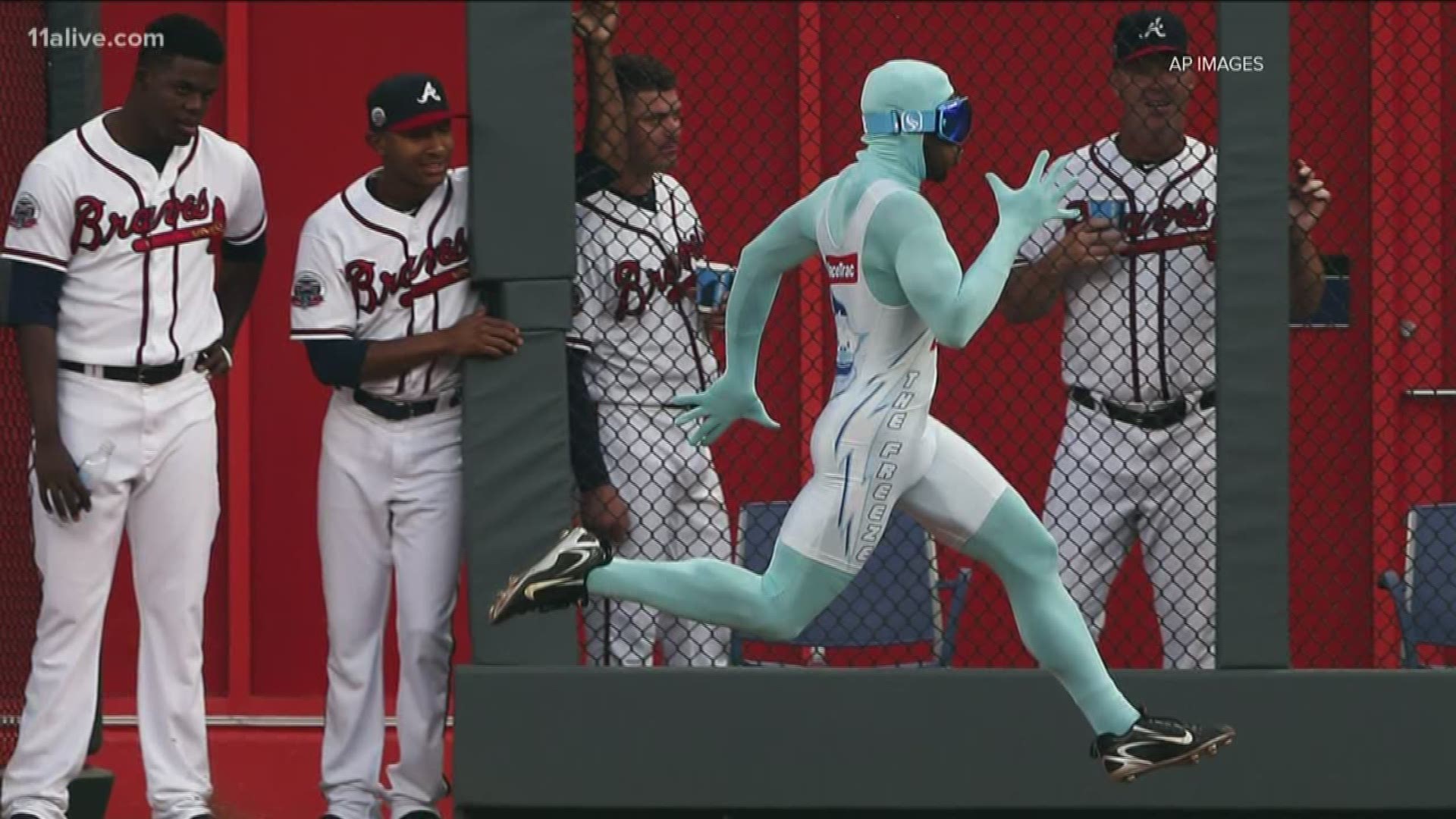 ATLANTA — You know "The Freeze."

But the man under "The Freeze" costume has dreams that extend beyond racing on the warning track of Truist Park.

The journey Nigel Talton is on will take him to Albuquerque, New Mexico for U.S. Indoor Nationals and will hopefully lead to Tokyo this summer for the Olympics.

“I’m not saying it’s going to be easy, but the group I train with, the coach I got, the support I got, it’s just about getting rest and training. I’m just excited to get outdoor started.”

Getting to the Olympics has been a long-time goal for the 29-year old sprinter, but in 2016, his dream got sidelined when he tore his hamstring two weeks before Olympic Trials.

RELATED: Usain Bolt tweets The Freeze is ‘too quick for me’

“I thought it was over,” Talton said. “I wanted to quit track, so I just stepped away from track.”

But then the Braves created The Freeze and coincidentally breathed new life into Nigel’s love for sprinting.

He’s working with Olympic gold medalist Dwight Phillips and has seen major improvements in a short period of time.

“My time dropped last week so I qualified for Nationals,” Talton said. “Last time I went to indoor nationals was 2013 when I was at Kennesaw State."

His goals are clear, but he also realizes that he will not be defined by the results at track meets. His journey doesn’t end there.