Angel McCoughtry is one of the biggest names in women's basketball. 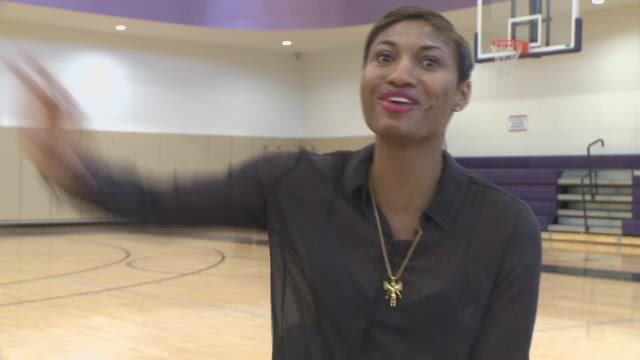 Angel McCoughtry is one of the biggest names in women's basketball. The former number one overall pick in the WNBA draft has made a name for herself in the league, starring for the Atlanta Dream. Her dreams, continue to take her on a journey, to lands near and far.

"It's locked in this special enchanted forest" Angel McCoughtry says laughing, but with the intent to also be taken serious. "Far far away, in Never Neverland."

That is where she says her gold medal from the 2012 Olympic Games rests, in a place she can look at her accomplishments a longtime from now. Of course, it could come in handy when it's time to get the check.

"I said 'I'm wearing my gold medal all year.' So I wore my gold medal and I came back and I was at a restaurant and the waitress came over and said our meal was paid for. I'm like, 'What?' The guy says thank you for what you've done. So everywhere I went with my gold medal I was getting praise for it. It was like a powerful thing" McCoughtry recalls.

Power, part of the reason McCoughtry is back on her second Olympic team. If the women can capture gold again, it would be their SIXTH in a row.

"I think now I'm a little more experienced from playing in the first one and now I know what to do more of and how to play with each player on the team and how to lift them up," McCoughtry says.

It should be scary for other countries to hear Angel say she'll be better. She set USA single game records, led all players in field goal percentage. She was lights out.

"For me to have a spot on this team is an honor. I'm always ecstatic about it but at the same time I know I've worked hard to be in this position" McCoughtry says.