Coan, from Clarkesville, won the women's 400m freestyle race on Sunday in Tokyo. 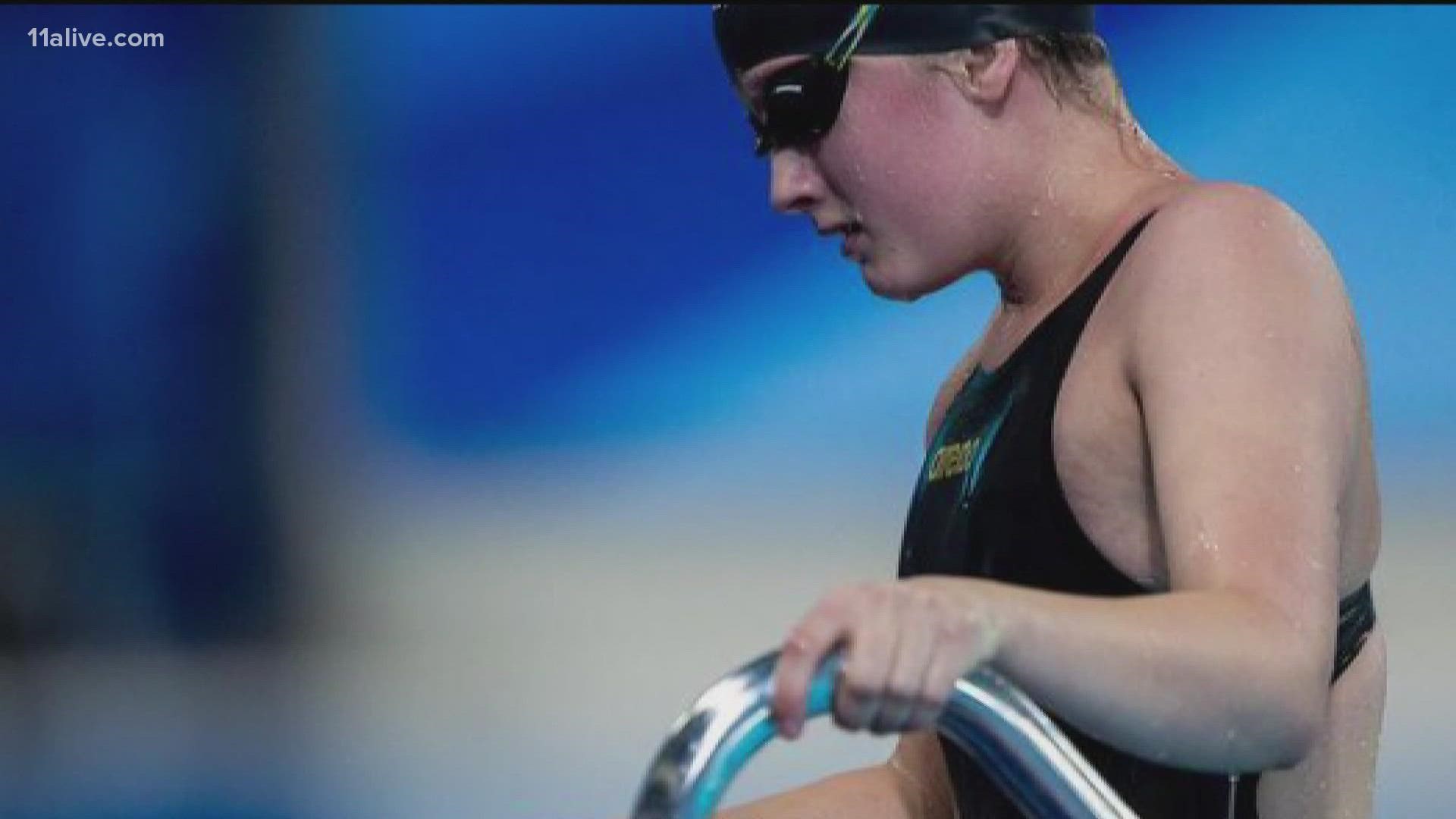 ATLANTA — A north Georgia swimmer took home gold Sunday at the Paralympics, defending the title she won five years ago in Rio.

Clarkesville native McKenzie Coan took first place by nearly half a second in the women's 400m freestyle (S7), finishing with a time of 5:05.84.

She said the last few years have presented a lot of health challenges, including one diagnosis that she emphatically proved wrong on Sunday.

"I've had a lot of health problems in the last five years. Some more serious fractures with my disease," Coan said. "Actually 2017, I had a particular individual told me that I wasn't going to live much longer. For someone who's overcome obstacles her entire life, this person didn't even know me. It was a specialist that I went to, they didn't even know me."

She said that specialist looked up the textbook definition of my disorder, examined some X-rays and made the determination on that alone that she wouldn't live much longer.

But Coan was determined not to let that bring her down.

"So to be able to come here and prove them wrong, it just means a lot," she said.

"I wanted to go out there and execute my race plan. I knew that (silver medalist Giulia Terzi) would probably take it out a little bit faster," Coan said. "I'm more of a back-half swimmer and in the last five years since Rio that's really what I've worked on doing."

Despite the challenges of training through the pandemic and the delay in the Paralympic Games by a year, Coan's winning time wound up being just .07 seconds off her 2016 Rio time of 5:05.77.

Coan also recently wrote a book, titled "Breaking Free," about her long journey as a para-swimmer.

"It was such a fun and reflective experience for me, it was honestly incredible to have that to keep my mind occupied," she said. "I wanted to show people I'm not only a swimmer, I'm very academically driven. I like to write and I love to read, so that was the goal."