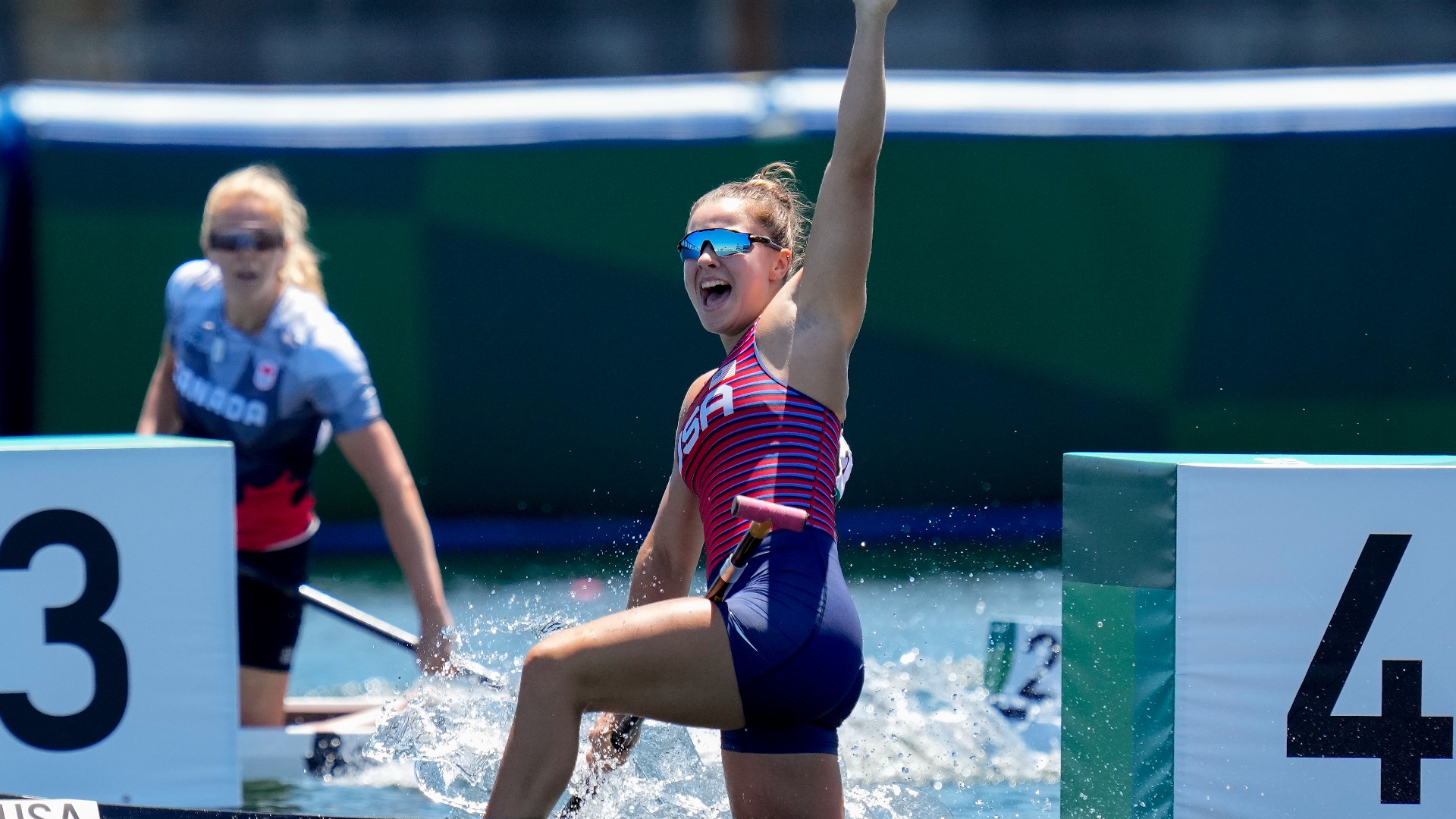 Team USA tweeted that Harrison is the first woman to win an Olympic gold medal in single 200m canoe sprint.

Going down in history!

A canoe sprinter with Georgia ties is vying for an Olympic medal on Wednesday night.

Nevin Harrison, who has utilized Lake Lanier as her home base Olympic training spot, could win the first canoe sprint gold for Team USA. She finished first in her heat in the qualifying event on Tuesday with a time of 44.938.

If she advances past the semifinals Wednesday night, she'll be able to go for a medal later that same evening.

"It’s a wonderful community that Lanier has, the water is gorgeous the lake is perfect for training," Harrison told 11Alive.

A relatively unknown, but extremely challenging sport, canoe sprint captivated Harrison when she was around 11-years-old at summer camp.

The sport requires the kind of athleticism that is not only reached by many hours on the water, but also in the weight room.

"I never thought I’d be pumping iron to the extent that I am," she said.

Harrison, a Seattle, Washington native, is making her Olympic debut in Tokyo this summer.

"I never in a million years dreamed that I would be 19 and going into the Olympics as a current world champion. It’s so exciting and so happy every time I think about it because I feel so blessed and it’s a dream come true," she said.

The 19-year-old is competing in the women's canoe single 200m semifinal on Wednesday night. Here's how you can watch.

What you need to know: