They might make an odd pair, but Nobumitsu Murabayashi and his pet gator, Cayman-kun, are inseparable. 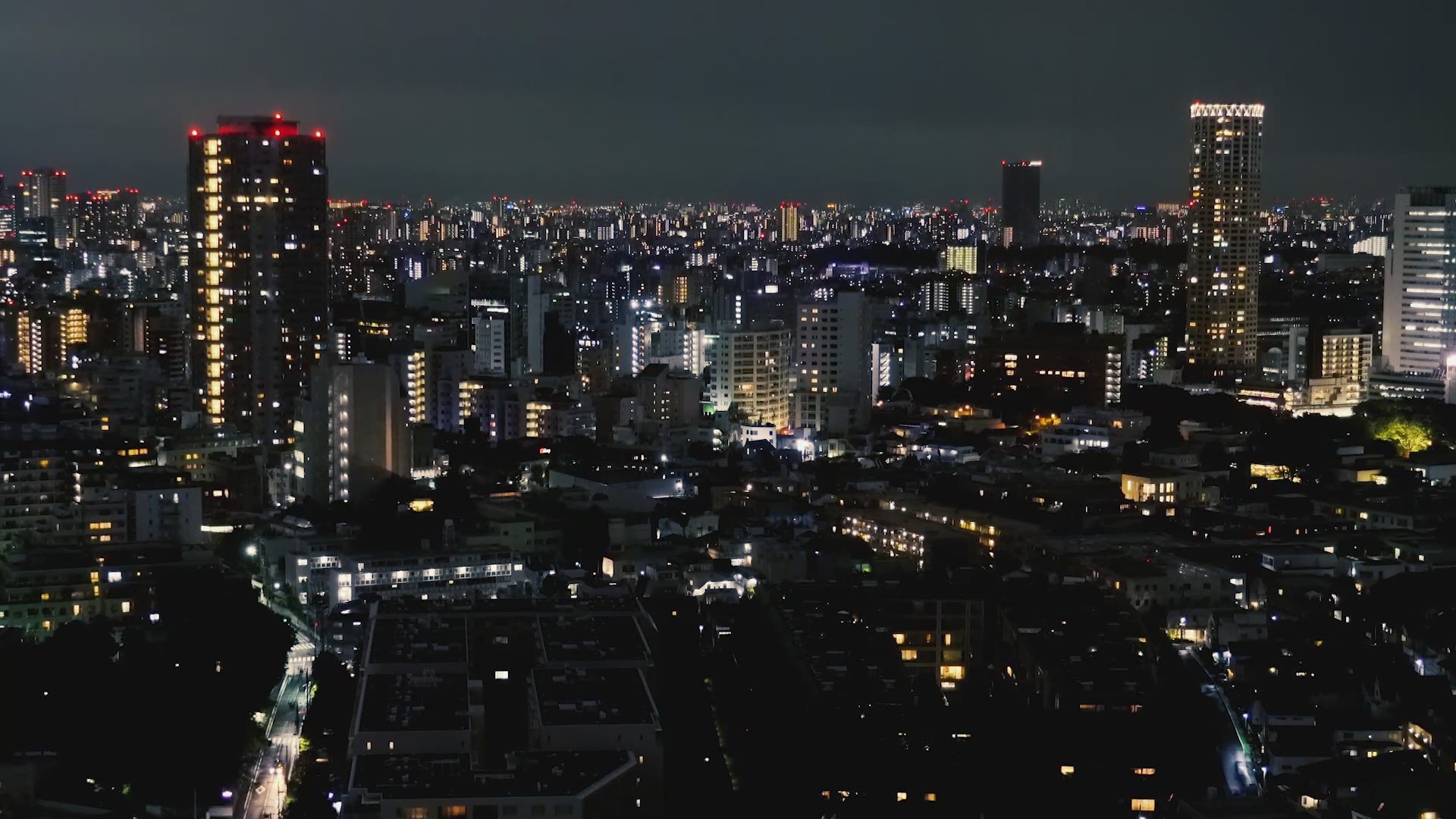 HIROSHIMA, Japan — In Japan, you will see lots of cute things. In fact, there is a Japanese word for it — Kawaii means a "culture of cuteness."

Cute things in stores. On the sides of buildings. And walking the streets. All very cute!

But near the city of Hiroshima, there is a man with a different idea of what's cute.

"It's looking for the shade. It's cooler inside," said Nobumitsu Murabayashi.

His idea of cute is peering out of the family room.

"It's kind of funny because people will say, 'He's so cute and sweet,' while others say 'That's a dangerous animal. Keep him away.' He's not a danger to anyone," Murabayashi said.

His pet is an 8-foot alligator.

"I've had this gator for 39 years," Murabayashi said. "A long time ago we passed a pet shop and saw this tiny alligator. Six months went by and the gator was still there. My 5-year-old son said, 'Why don't we buy it?' I said, 'Yeah, why not? Let's give it a try.'"

"In the beginning, he was just a little pet," Murabayashi said. "I could keep him in water and keep him wet. I liked it. I really had no idea he would grow to this size."

His pet used to live outside.

"He started in this tank when he was smaller. But as he got bigger, I put him in a larger tank," Murabayashi said.

But now the gator comes inside.

"He's got free reign. He wanders in and out of the house. The other day, something strange happened. My wife said, 'Where's Cayman? He's gone.' I found him in the bath staring up at me," Murabayashi said.

I was told it was safe to pet and even hold the gator. So, I did.

"I've never been bitten. He never bites me. I've had him since he was little. I'm not a predator to him. I'm not a danger to him," Murabayashi said.

The gator seems to enjoy being tickled. But, be careful of the gator's tail when he is moved in the family room.

When the gator goes for a walk, he has a strap on his snout and is kept on a leash. Trips outside are an adventure. Just getting the gator down the steps and out to the van takes a lot of effort. The gator rides in the back with his own pillow. The pet gator is a hit at local schools. Most of the kids seem to have no fear.

Murabayashi said the connection between his gator and people has been going on since it was a baby.

"I began to stick him down my shirt and go out for a drink with him in my shirt. People would say, 'Who is this oddball carrying around an alligator in his shirt?' It began a thing. I became known as the gator guy," Murabayash said.

The pet gator has helped Murabayashi's business as a realtor.

"The caiman actually draws a lot of attention. It's like PR. He's brought in a lot of business. I'm not doing a lot of work. But, I get enough to get by," Murabayashi said. "People call me Mr. Gator. My company's name is Gator Services."

Murabayashi said he has the proper paperwork allowing him to take the alligator out in public.

"I have to have an accreditation — a safety certificate because it's actually against the law to walk around in public with him because he's a predator. But, he's not a danger to anyone," Murabayashi said.

Murabayashi said he feeds his gator carp and chicken wings.

"When he's hungry, he'll come in to the house," Murabayashi said.

What does Murabayashi's wife think of their pet alligator?

"She ignores him. I told her today, 'We're going to do another interview.' She didn't want to have anything to do with it," Murabayashi said.

"The gator is 39 years old. I'm 68 now. He'll be around another 30 years. I'll probably die before he does," Murabayashi said. "He's never seen another alligator. He doesn't even realize he's an alligator. When he gets frisky, there's nothing for him to do. Poor thing. I feel sorry for him."

Perhaps their most unusual connection is they often sleep together. Same bed and blanket. The gator gets his own pillow.

"I have a skinship relationship with him. We have close contact," Murabayashi said.

In Japan, you will see things that are cute. But, when you see Murabayashi and his pet alligator together, it may seem odd.

"He's sweet and cute. I love him," Murabayashi said.