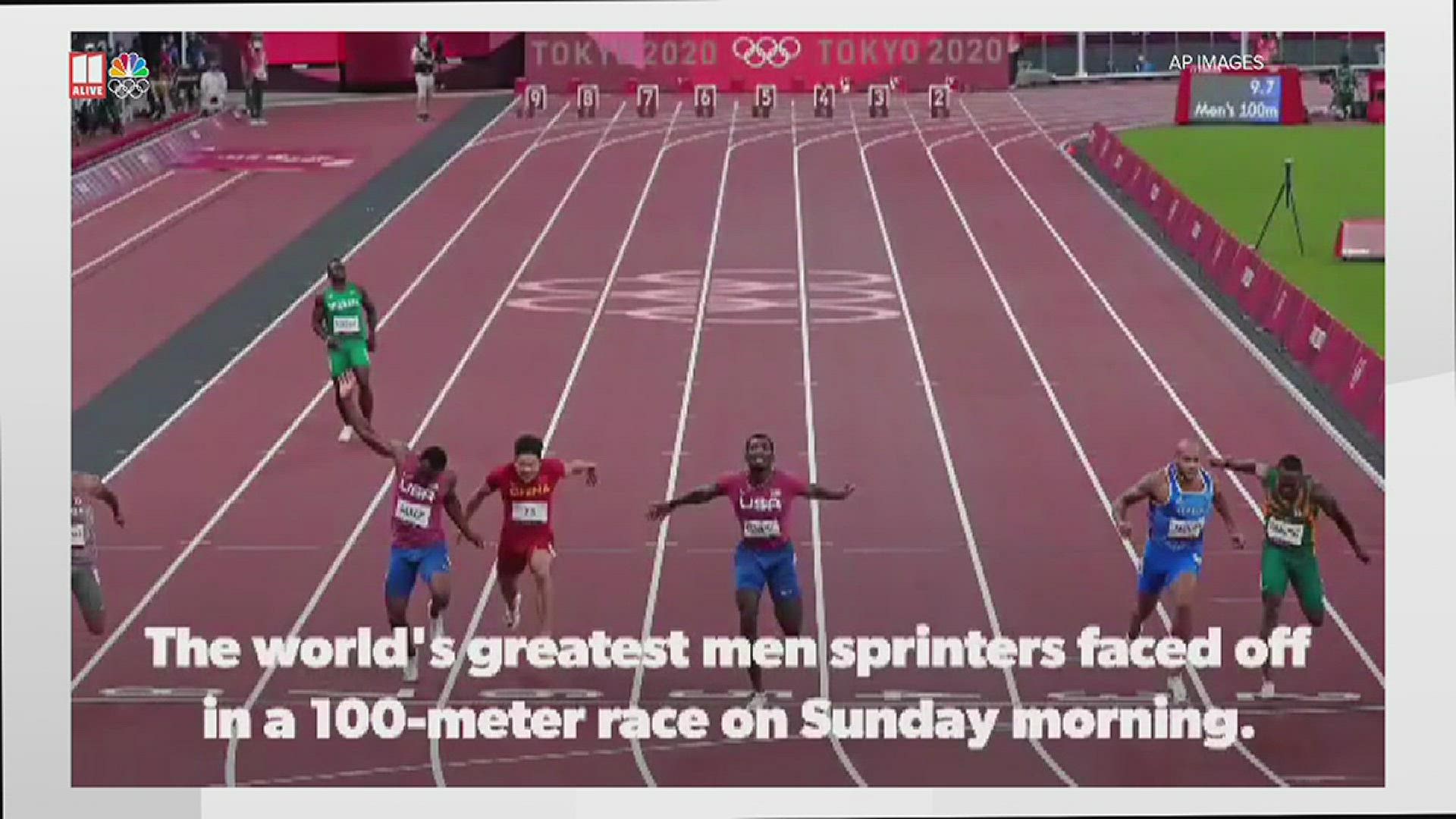 TOKYO, Japan — The world's greatest men sprinters faced off in a 100-meter race on Sunday morning. The winner of the event,  Lamont Jacobs, of Italy, is now the "World's Fastest Man."

America's Fred Kerley received the silver medal in the race.

Kerley, Ronnie Baker, and Trayvon Bromell all made it past the qualifier and will compete for the U.S. team in the final if they advance to the semifinal. Bromell, who is known as "America's fastest man," struggled Saturday morning, hardly qualifying after the 100-meter heats. The two-time Olympian finished with a time of 10.05 seconds.

Out of Saturday's qualifying heats, Canada's Andre De Grasse finished with the fastest time of 9.91. The 26-year-old is a University of Southern California graduate and won the silver medal in the 200-meter race and bronze medals in both the 100 meter and 4×100 m relay at the 2016 Summer Olympics in Rio de Janeiro.

Jamaica has dominated in the Olympic event for the past three consecutive international games, with Usain Bolt taking the gold every Olympics since 2008. Bolt set an Olympic record for the event in 2012, running the distance in just 9.63 seconds.

That time doesn't top Bolt's own world record in the event, though. The fastest time ever recorded for the men's 100 meter race is 9.58 seconds, which the Jamaican set in 2009 on behalf of his country at the World Championships in Berlin, Germany.

The "World's Fastest Man" was dubbed on Sunday morning at 8:50 a.m. You can watch these sprinters compete in the event here.

Team USA's Kerley received the silver just after Lamont Jacobs, of Italy, who is now dubbed the fastest man in the world.