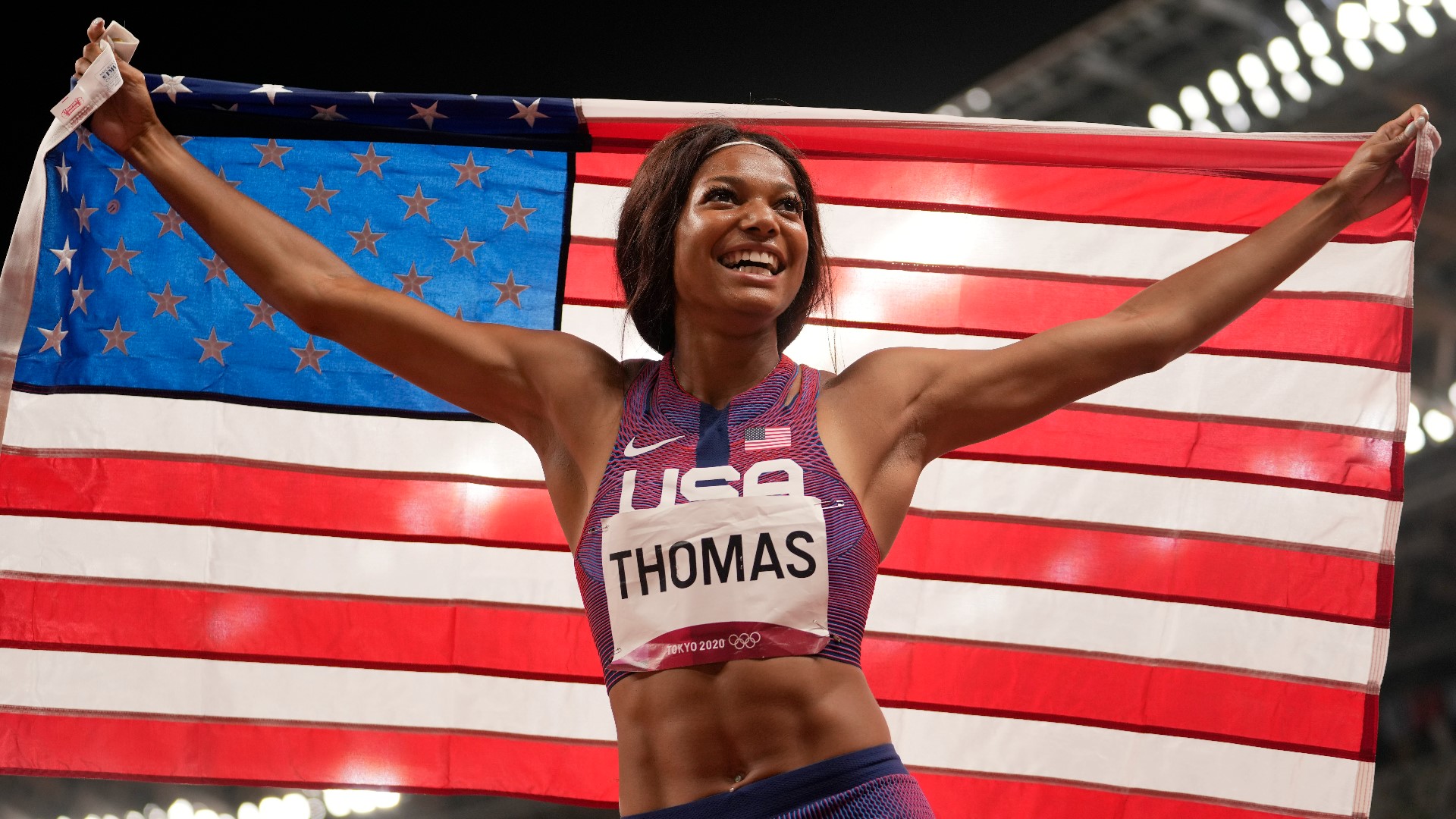 TOKYO, Japan — The two women who were disqualified from specific 2020 Olympic Track and Field events due to their natural hormone levels shined bright in the 200-meter race finals race on Tuesday in Tokyo despite criticism.

Namibian teenager Christine Mboma and her teammate, Beatrice Masilingi, were both impacted by the testosterone rules. But that didn't stop Mboma from capturing a silver medal win in the 200-meter after being banned from running in the 400-meter because of her high naturally high levels.

Although she was originally slated to compete in the 400-meter, she scored a time of 21.81 in Tuesday's 200-meter finals race. Elaine Thompson-Herah of Jamaica won the gold medal to complete her second straight Olympic sprint sweep. Thompson-Herah’s winning time of 21.53 seconds was the second-fastest time in history for the women’s event. She topped Mboma of Namibia by .48.

According to World Athletics, she holds the 12th spot in the world rankings for the position.

Mboma has one Olympic silver medal and is currently the African Record holder in the 200-meter.

Her teammate, Beatrice Masilingi, was also affected by the testosterone rules. She still placed sixth with a time of 22.28 only beating out Mujinga Kambundji and Georgia's very own Shaunae Miller-Uibo.

Masilingi has held the 21st spot in the world for the women's 400-meter for four weeks, according to World Athletics.

What exactly are track's testosterone rules?

The rule restricting natural testosterone levels for women runners was put into place by World Athletics, the international governing body for track and field competitions.

But those regulations only apply to races between 400 meters and one mile, allowing them to run in the 200-meter.

World Athletics, the governing body for the Olympics, said if the impacted athletes are willing to take medication to lower their testosterone levels then they can compete in the Olympics and other World Athletics sanctioned events.

World Athletics noted the rule is not about cheating, because women with naturally high testosterone levels are not cheating. The rule is about “leveling the playing field to ensure fair and meaningful competition," according to the governing organization.

Since the rule went into effect in 2019, some of the best middle-distance runners in the world have been sidelined. The three women who medaled in the 800-meter race at the 2016 Rio De Janeiro Olympics, Caster Semenya, Francine Niyonsaba and Margaret Wambui, can no longer compete in the event because their natural testosterone levels are higher than the adjusted threshold.

What is the typical levels for women?

11Alive asked if the higher levels give those athletes an advantage.

"We don’t have enough information with women with that level to say whether or not there is an advantage. We just don’t have that information," Reddy said.

The Namibia National Olympic Committee said the two runners were previously unaware that they had naturally high testosterone levels.

What is being done about it?

Semenya, who won gold in the 800-meter race at the 2012 London Games and 2016 Rio De Janeiro games, has filed lawsuits challenging the restrictions put in place by World Athletics but has been unsuccessful so far.