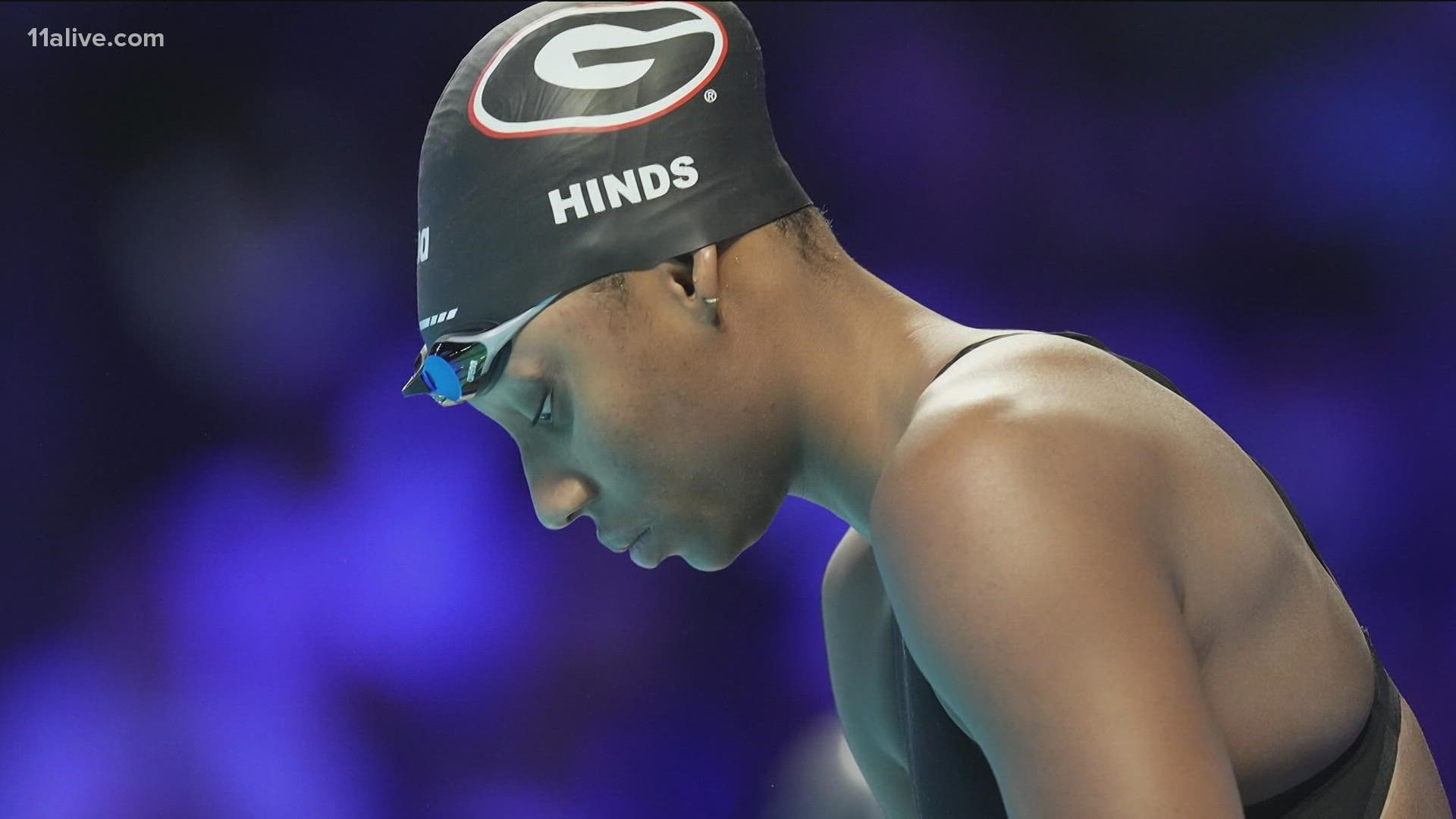 TOKYO, Japan — Olympians inspire us all, but there are those who are breaking barriers and making history by making the journey to Tokyo.

With the world watching on the Olympic stage, local swimmer Natalie Hinds is the fourth African American woman to make the U.S. Olympic swim team.

Hinds, who trained at the University of Georgia, swam in the 4x100m freestyle relay and won the bronze medal with Team USA.

She hopes her journey inspires more Black women to get into swimming. Her story highlights the power of resilience and goes beyond the sport as an opportunity to inspire kids.

After failing to make the 2016 Rio Olympic swimming team, Hinds broke up with swimming. She finished her degree at the University of Florida and upended her life to Atlanta.

Credit: AP
Natalie Hinds, bottom, of the United States is congratulated by teammates after swimming the fourth leg during a preliminary round of the women's 4x100m freestyle relay at the 2020 Summer Olympics, Saturday, July 24, 2021, in Tokyo, Japan. (AP Photo/Matthias Schrader)

The trained swimmer's life shifted. She interned at Turner Broadcasting, working a desk job, and then worked at Bleacher Report Live. About six months went by when Hinds realized she didn't want to sit at a desk for the next 30 years.

She called the head coach at UGA and decided to give her dream one more shot.

At 27, Hinds is one of the oldest first-time Olympians and now a medalist.