In a sea of support for Simone Biles, there's razor-sharp criticism

Following Biles' decision to withdraw from two Olympic gymnastic competitions to focus on her mental and physical health, critics were quick to judge. 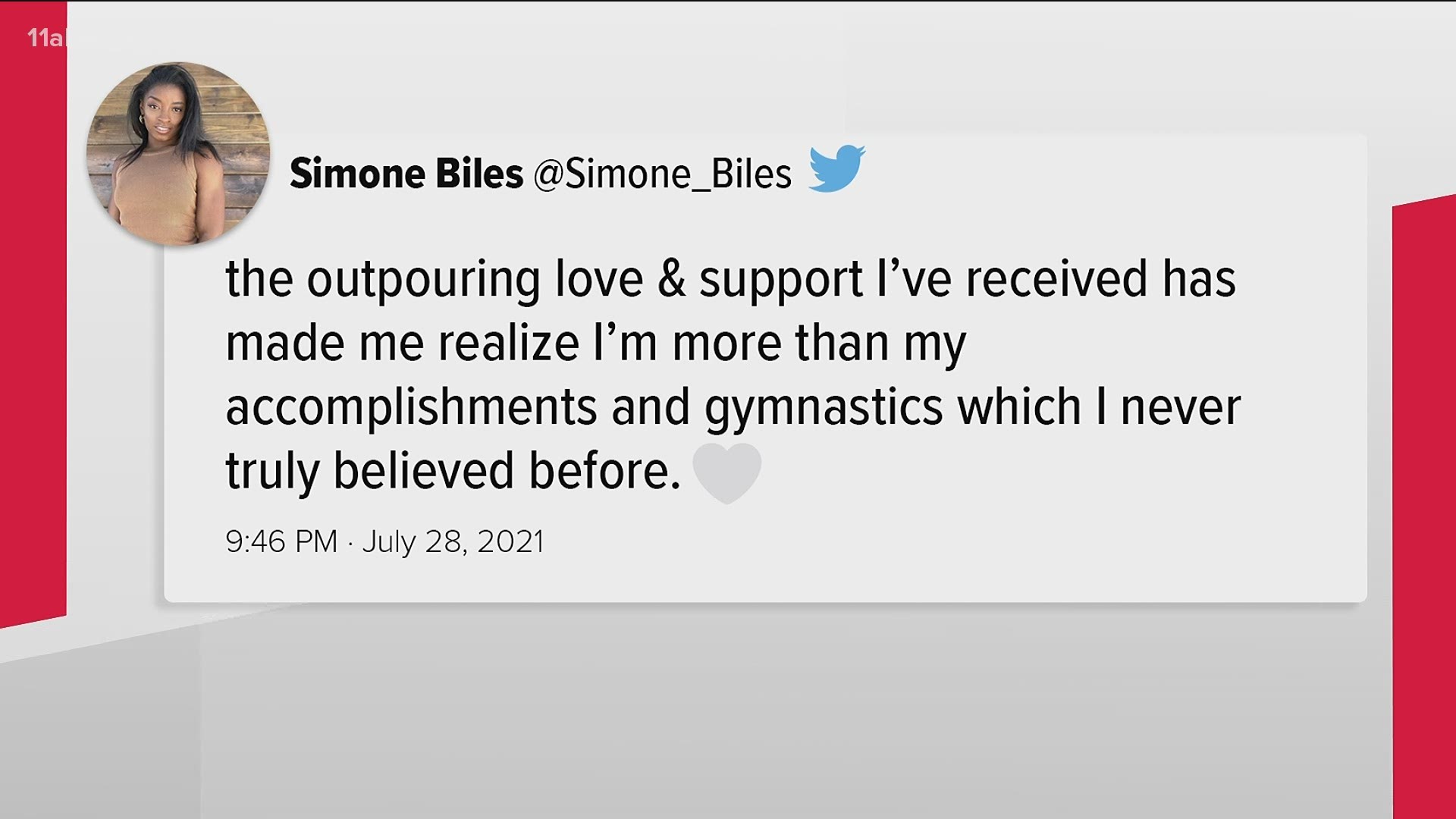 ATLANTA — Simone Biles, the most decorated gymnast on the global stage, shifted the focus of the Olympics by highlighting the importance of her mental health. Waves of support from fellow Olympians, gymnasts and fans surfaced on social media following Biles' decision.

She said she had the "twisties," a term popular in the gymnastics community to define a mental disconnect that won't allow them to complete a trick. It's usually associated with increased amounts of pressure.

Other gymnasts and athletes knew exactly what she meant.

"Your brain will like stutter step for half a second, and that's enough to throw off the whole skill," gymnast Laurie Hernandez told Olympics.com.

While the wave of support came rushing in, the razor-sharp critics were also quick to judge.

"Contrast this with our selfish, childish national embarrassment, Simone Biles," he tweeted.

After backlash set in, he issued an apology to Biles.

But the criticism didn't stop there.

Charlie Kirk, who claimed Biles was "weak" and a "shame to the country," talked about Biles' decision to withdraw for mental health reasons on his "The Charlie Kirk Show" podcast.

"We are raising a generation of weak people like Simone Biles," he said on the podcast.

Other notable critics were Piers Morgan, who wrote an op-ed piece for the Daily Mail, calling Biles a let down to her country, teammates and fans.

"Sorry, Simone Biles, but there's nothing heroic or brave about quitting because you're not having 'fun,'" Morgan wrote.

Both Kirk and Morgan received backlash on accounts of being "hypocritical" of Biles' decision not to compete.

Before Che could delete and swipe his Instagram of any posts, people on social media shared screenshots of his story.

After the Instagram stories disappeared and Che's account was clear of any posts, he uploaded a black picture with text claiming he was hacked. He has since deleted all photos on his Instagram.

However, it didn't stop the backlash Che received on Twitter.

Others asked for Che to be removed from SNL and for his deal with HBO Max to be reconsidered.

Hey @nbcsnl it’s so cool to see you guys sit by and let #michaelche make fun of Simone Biles. The jokes about her sexual abuse and trauma are top notch.

Done watching SNL until you take care of this.

Yes @nbcsnl @nbc is on hiatus, but doesn't Michael Che have an @HBO deal too? It'd be a great time to act on all the big talk of listening to Black women, and drop that talent-free wastrel who constantly maligns us. We have receipts for years but this latest stunt is inexcusable.

Biles answered many fans questions about the "twisties" and how they continue to plague her during the Olympics.

"For anyone saying I quit, I didn't quit," she wrote. "I don't think you realize how dangerous this is on a hard competition surface. Nor do I have to explain why I put health first."