Hours after announcing her decision on whether she'd continue her all-around final competition, Biles showed her support for Brody Malone and Sam Mikulak. 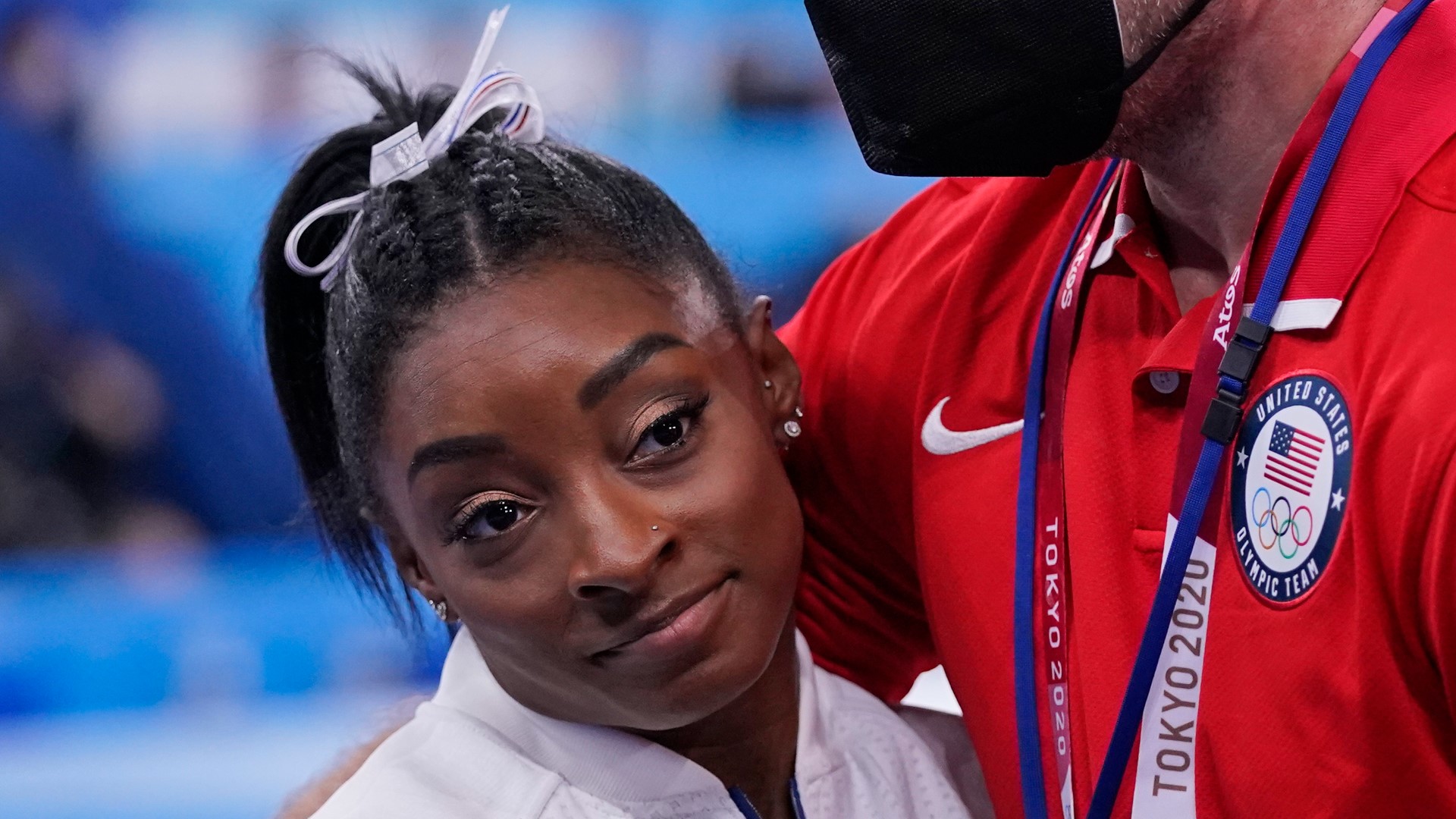 ATLANTA — Simone Biles became the bearer of support as she showed up for Team USA's Brody Malone and Sam Mikulak at the men's all-around gymnastics final early Wednesday morning. This was Bile's first appearance since announcing she would not be defending her Olympic title in the women's all-around finals.

In her tie-dyed Team USA sweatshirt and her signature bun, Biles sat with fellow Team USA gymnast and old friend Alec Yodder as they watched Malone and Mikulak compete.

According to reports, Biles withdrew from the competition to focus on her mental health and overall well-being. The decision came a day after the 24-year-old removed herself from the gymnastics team final after one rotation because she didn't feel mentally ready to compete.

After a shocking exit from the competition Tuesday morning, Biles transformed into a rock of support for her teammates as they competed in the team finals. She hugged, high fived and cheered on the girls as they performed in the gymnastics final. Biles' endearingly helped carry and move equipment showing the sportsmanship and class of a true athlete.

Chiles took over Biles' beam and uneven bars performance. The three girls grappled with defending their Olympic title without Biles, who's considered the greatest gymnast of all time. They won a silver medal placing under the Russian Olympic Committee team, which won gold on Tuesday.

Two days ago, Biles posted an Instagram picture with a caption about how she often feels the world's weight is on her shoulders.

"Prelims ☑️ now to prepare for finals," The star posted on Instagram. "It wasn't an easy day or my best, but I got through it. I truly do feel like I have the weight of the world on my shoulders at times. I know I brush it off and make it seem like pressure doesn't affect me, but damn sometimes it's hard hahaha! The Olympics is no joke! BUT I'm happy my family was able to be with me virtually🤍 they mean the world to me!"

Bile's has been considered the face of the Olympics games following the retirement of swimmer Michael Phelps and sprinter Usain Bolt.