Everything you need to know about the US Olympic Marathon Trials. 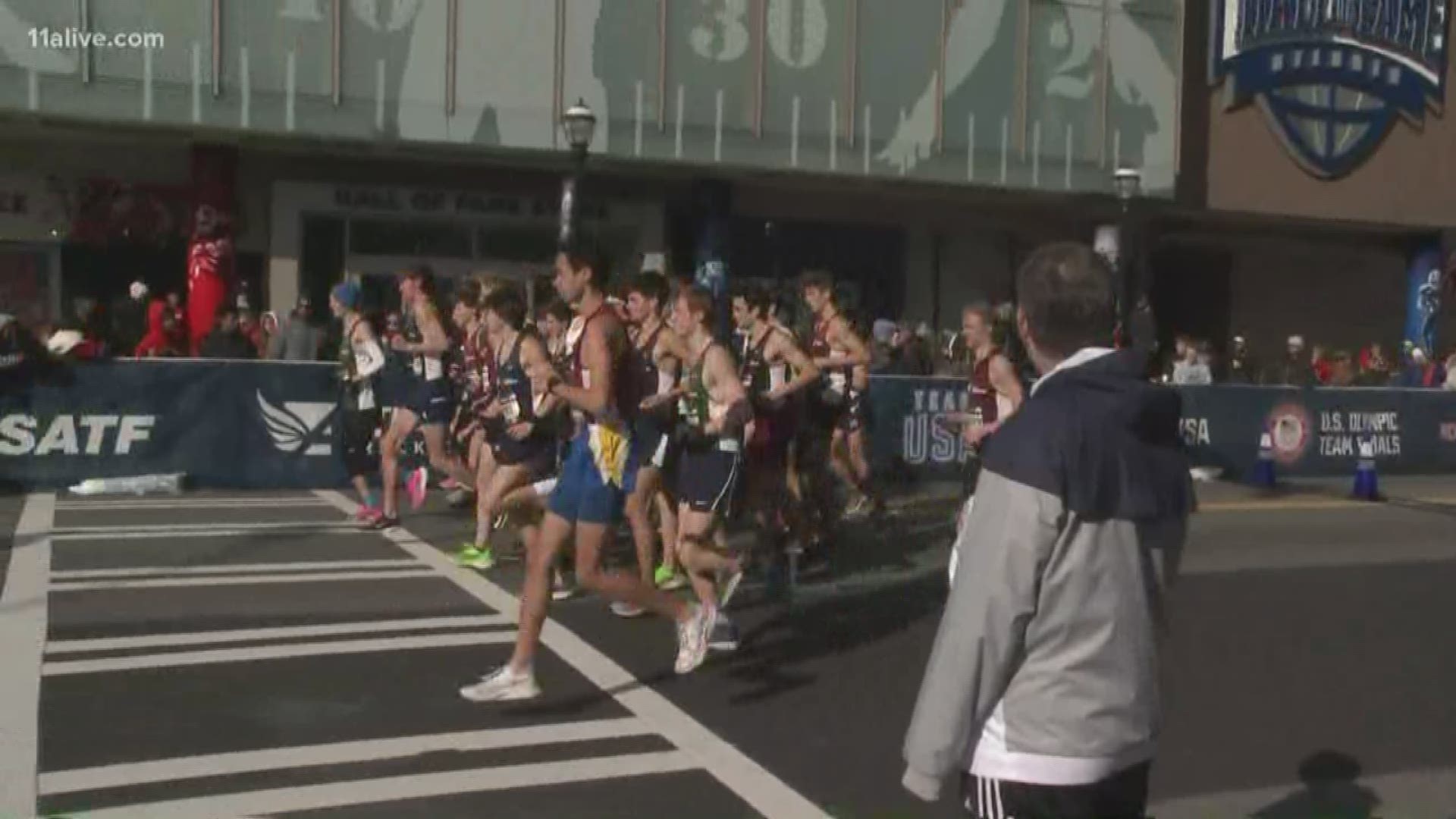 ATLANTA — The US Olympic Team Trials - Marathon are set for the streets of Atlanta on Saturday, February 29. The race is scheduled from noon to 3 p.m. and will be aired on NBC and 11Alive.

This year's trials are being administered by the Atlanta Track Club, which is no stranger to big race events.

Each July 4, they put on the world's largest 10K race, the AJC Peachtree Road Race, which hosts you and more than 60,000 of your friends and neighbors.

This year's 26.2-mile Olympic marathon trial course will go through some of Atlanta's most historic and visually stunning neighborhoods. The race will begin in front of Centennial Olympic Park and head down Marietta Street toward Peachtree Street.

Racers will then take the legendary thoroughfare northward for three miles, passing the spot where Peachtree Street meets West Peachtree Street before turning around and heading back toward downtown and looping through the historic Old Fourth Ward neighborhood.

Runners will then head back downtown.

This is a loop that the racers will take three times before they take a final 2.2-mile-long loop which will take them under Atlanta's Olympic Ring and Torch structure which is a visual landmark and reminder of Atlanta's 1996 Summer Olympic heritage.

The racers will run past the Georgia State Capitol building, then head past Mercedes-Benz Stadium and State Farm Arena before getting to the Finish Line, located in Centennial Olympic Park.

The top three men and women finishers in the race become eligible to represent the United States in the Summer Olympic Games in Tokyo. The fourth and fifth place finishers will be designated as alternates.

Motorists who head downtown on that day will face traffic nightmares as they try to navigate the streets of downtown and midtown Atlanta, but we have a full list of what streets will be closed so that you can navigate around the city on that day.

Of course, the best way to get around the city will be on MARTA, as multiple train stations will provide access to visitors throughout the city.

In addition to street closures, a number of exits from the Downtown Connector (I-75/85) in both directions, as well as I-20, will be closed to traffic as a result of the race, which will cause additional traffic tie-ups and significant delays for motorists.

Everyone is advised to use MARTA when and where possible.

These street closures are subject to change, but here's a list of what is expected to be closed on race day: