Competitors with ties to the Peach State are showing off their talents in the swimming finals. 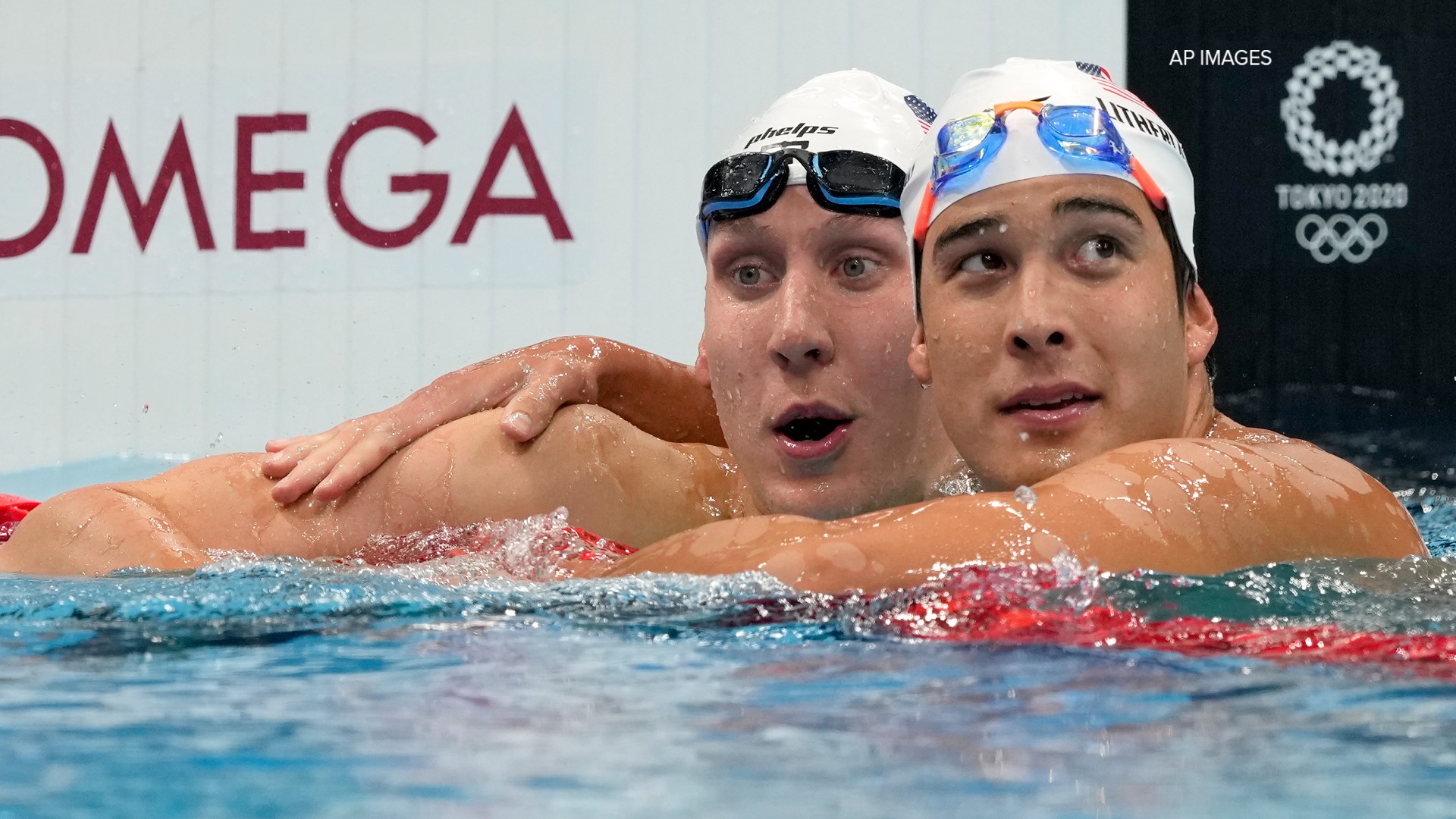 Olivia Smoliga, Allison Schmit, and Natalie Hinds all have UGA ties. The team qualified for the women's 4x100m freestyle relay final with a qualifying time of 3:34.80, just a second behind only Denmark.

This is Hinds' first experience at the Olympics and Smoliga's second, but Schmitt is no stranger to this international competition. The four-time Olympian and eight-time Olympic medalist has made waves in London, Beijing, and Rio.

Smoliga, Schmitt and Hinds took bronze with their team at 3:32.81 in the women's 4X100 freestyle relay final.

Gunnar Bentz, a two-time Olympian and gold medalist, knows the 2020 Tokyo Olympics will be different -- they're his last.

As he prepares for the last run of his swimming career, Bentz said he wants to become a leader and a mentor for his younger teammates. The seasoned swimmer made history in 2016 as the University of Georgia's first male swimmer to earn a gold medal. Bentz, whose nickname at home is "Gunny Bunny," was destined to be an Olympian. He was born in Atlanta in 1996, the same year the city hosted the prestigious games. He started swimming when he was 3 after attempting soccer, but it was only for the summer.

Kalisz had the third-best time of the heats, at 4:09.65, while Litherland was less than a third of a second behind him at 4:09.91, which is seventh-best among the eight qualifiers.

At the Rio Olympic games in 2016, Kalisz earned a silver medal in this event, while Litherland came in 5th place in the final.

Kalisz and Litherland competed in the 400m individual medley final at 9:30 p.m.

Andrew Wilson is an Emory graduate and member of the Athens Bulldog Swim Club, according to the Team USA website.

Wilson is making his Olympic debut at the 2020 Tokyo games. He qualified for the men's 100m breaststroke semifinal set to begin at 10:39 p.m., finishing second place in Heat 6 with a time of 59.03 seconds.

He's ranked sixth among the eight qualifiers in his semifinal race with that time. The top eight times from two semifinals will advance to the final.

Wilson finished eighth in the second semifinal race at 59.18. He will advance to Sunday's final of the 100m breaststroke.

How to watch Olympic swimming

Below are links to livestreams for the competitions.

If the Georgia swimmers qualify for the finals, those competitions will begin at 9:30 p.m.

You can also click here for the full Olympic Swimming schedule and results.