Ex-safety Otis Reese posted a lengthy letter on Twitter that detailed the numerous accounts that factored into his decision to transfer from UGA. 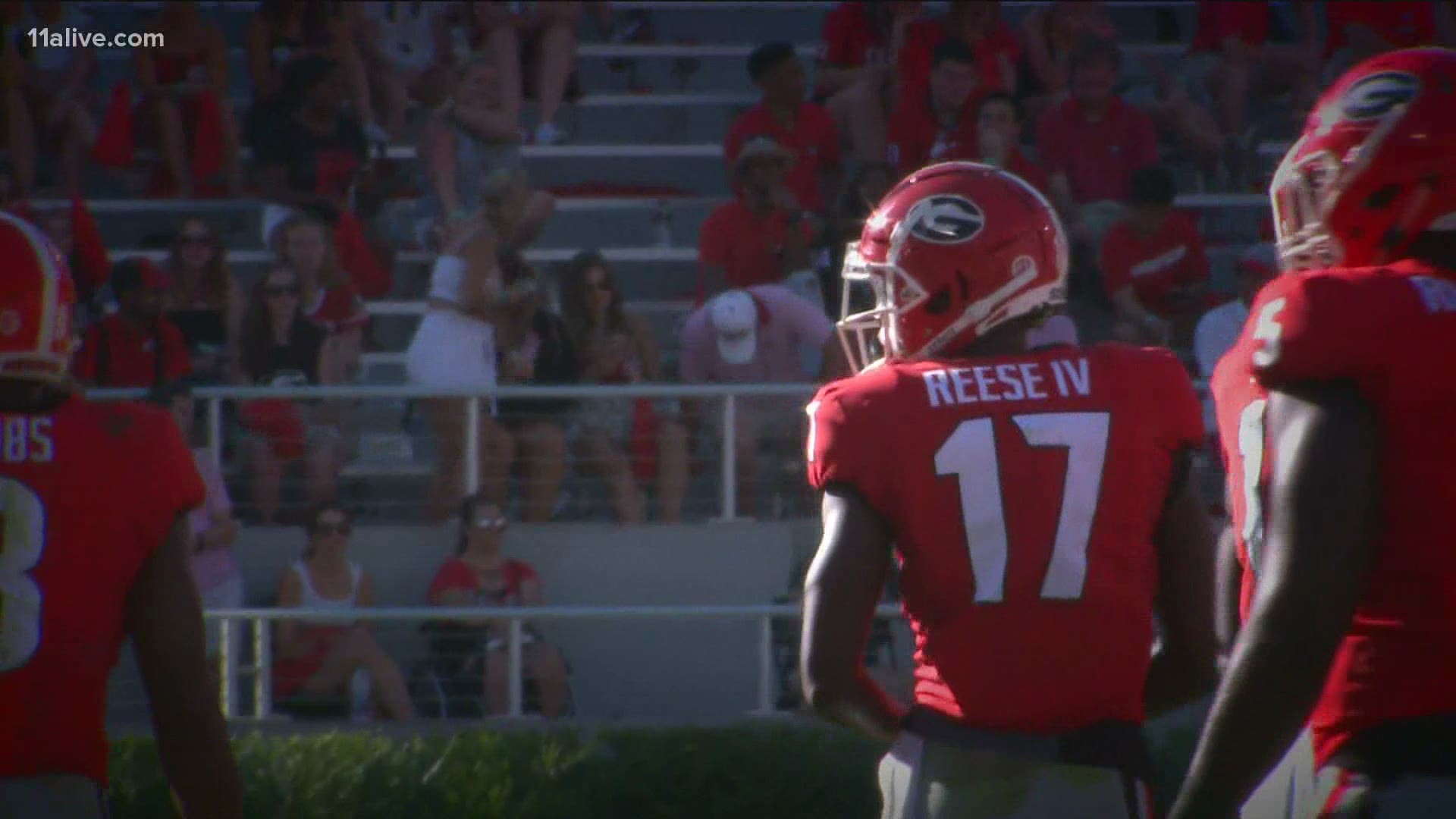 ATHENS, Ga. — A nationally ranked former UGA football recruit said he experienced racism and manipulation at the University of Georgia that left a "devastating mental toll."

Now to make matters worse, he claims he can't get on with his football career at Ole Miss because UGA is opposing his waiver request for immediate eligibility.

At the time he didn't provide details of why he was transferring.

Reese posted a lengthy letter on Twitter Tuesday night that detailed the numerous events that factored into his decision to transfer from UGA.

In the letter, Reese described being "shaken" after he was twice pulled over by police in Athens.

"On both occasions the officers were extremely aggressive, accusing us [he and another passenger] of using drugs and searching the car without any basis and told us they would take us to jail," Reese wrote.

Reese said that multiple players experienced similar situations during his time at UGA and when he requested body camera footage of his encounters with police his statement mentions he was told no footage existed.

11Alive contacted Athens-Clarke County Police for any records or a statement on Reese having previous incidents involving police in Athens, but so far haven't received a response.

"This type of harassment was a constant discussion around players throughout my time at UGA as many of my teammates were falsely arrested and harassed," Reese claimed.

Reese also noted that one of his closest friends and former teammates was called the n-word by another white athlete. In another episode, he said a "group of white classmates mocked slavery and pretended to whip each other."

"None of these things were ever addressed by the coaches at UGA," he said. "There was literally nobody to speak to about these types of things without having fear of losing your position on the team."

The University of Georgia Athletic Association responded to Reese's claims with the following statement:

"We cannot comment on student-athlete eligibility matters due to federal privacy laws, but we would be happy to share our full response to Otis Reese’s waiver request if he provides a signed release allowing us to do so," the association said. "UGA disputes any suggestion that it maintains an unsafe, unsupportive, or racially insensitive environment."

11Alive UGA insider Radi Nabulsi said players and athletic staff he talks with have described head football coach Kirby Smart actively listening to the concerns and issues student-athletes are facing while at UGA.

"They basically have an open forum to speak their mind and Kirby has encouraged that with his assistant coaches, he's encouraged it with his players," Nabulsi said.

Reese in his statement wrote that he could have transferred last year and been eligible by now, but decided to remain with the program at the request of UGA coach Kirby Smart. He said Smart indicated "he would support both my decision to transfer and my request to be immediately eligible."

He said he intended to transfer as early as Oct. 4 last year, but was "manipulated to play the very next day, when I was truly at my darkest moment."

When quarterback Justin Fields transferred to Ohio State in 2019, the NCAA granted him a waiver for immediate eligibility. It was speculated at the time that decision was influenced by an incident in which a baseball player at UGA was dismissed for allegedly shouting racist slurs at Fields from the stands during a game.

Unlike Reese though, Fields transferred out of the SEC to Ohio State in the Big Ten Conference.

Nabulsi said SEC bylaws on students transferring between schools within the conference are most likely holding up Reese being able to play for Ole Miss.

"There is an SEC transfer rule which prohibits transfers within the conference," Nabulsi said.

SEC bylaw 14.5.5.1 reads: A transfer student from a member institution shall not be eligible for intercollegiate competition at another member institution until the student has fulfilled a residence requirement of one full academic year (two full semesters) at the certifying institution.

"I do think it is interesting Georgia said, 'look if you want to let us out of the non-disclosure agreement we can shed light on this situation,'" Nabulsi said. "I don't think they would do that if they were trying to hide a lot."

In the closing of the letter, Reese said that he is just asking for what is fair.

"All I am asking for is what is fair and be given the opportunity to take the field this season with my brothers," Reese said in closing.

He addressed the tweet to the NCAA, SEC, and the Commissioner of the Southeastern Conference Greg Sankey.