Postseason playoff bonuses are a way for players to get extra money, but the history of them is illustrative 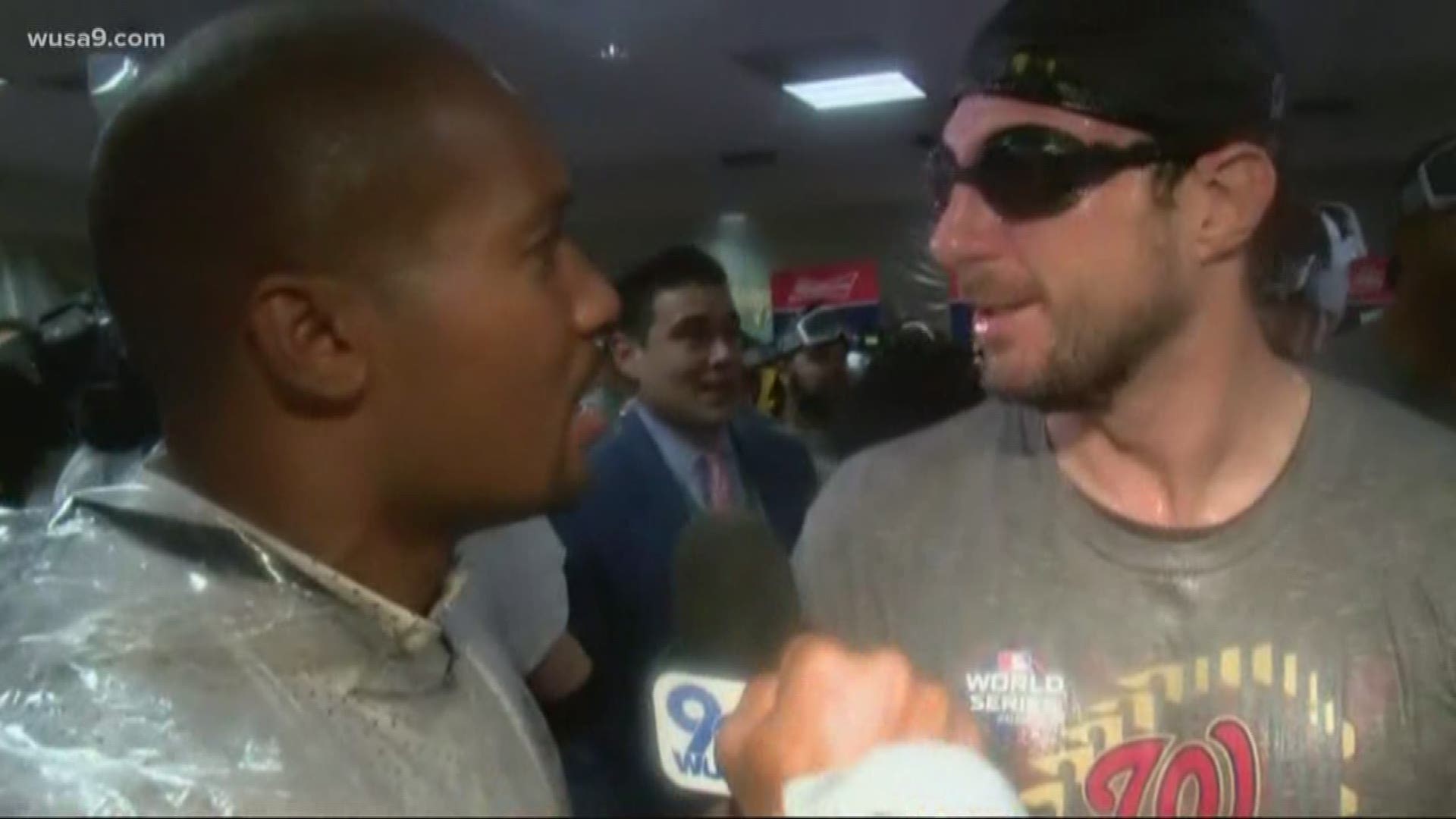 WASHINGTON — World Series Champions get a lot of perks: The Commissioner's Trophy, blinged-out new championship rings, a city-wide parade, and of course, bragging rights that they're the best baseball team in the world.

The champs also get a monetary bump in the form of a bonus called a postseason share.

So what exactly are the bonus shares that the players receive?

The total of the bonus shares is announced by the MLB following the World Series in what's called a "players' pool", and is based on the amount of total revenue from ticket sales the league receives during the postseason.

How is the pool split up?

That total is then divided into the 10 postseason teams, who then decide for themselves how to split up the share.

Does only the World Series winner get to take home the cash?

No -- regardless if a team wins or loses, both teams will receive payouts from the MLB for making it to the Series to begin with.

In fact, all of the 10 teams that make the postseason receive a playoff bonus. The further you advance into the Series, the higher the total pot of bonus money there is to be paid out.

Here's an example from the 2018 season, where the Boston Red Sox won the World Series.

How does the payout get divided within the team?

There is a meeting held at the start of the postseason to determine how many shares each team wants to allocate, as part of an agreement between Major League Baseball and the players union. The league gives the total in 25 full shares, but individual teams can choose to divvy that up across more people.

Once decided by the team, the payout shares are divided in full or partial amounts between players, coaching staff, and any team personnel like security guards, team chefs, or even clubhouse maintenance staff. Players can also allocate separate cash awards whose amounts are individually determined, and decide to give shares to players who may not have been on the playoff roster.

The payouts are also one of the only ways teammates get paid for their performances in the post-season. In the MLB, players only get paid for their regular-season contracts, meaning that any games after the regular season don't technically fall within their salaries.

That being said, the average MLB salary for 2019 was still a hefty $4.36M, according to a report from the Associated Press.

Beyond just getting extra money on top of what they're paid throughout the season, team owners have also seen the bonus payouts as a preventative measure from players purposefully throwing games in gambling schemes.

Some teams and players have even used the bonus shares as a way of paying it forward to vital team personnel. In 2007, the Rockies donated a portion of their winnings to the family of Mike Coolbaugh, a minor-league coach who was killed after being hit by a foul ball. Other teams, like the Yankees, have even given smaller cash amounts to bat-boys.

So while we won't know just how much the Nationals will make in postseason shares until the end of November, we do know that the number should be a lot.

RELATED: Not a jinx: The World Series trophy presentation was rehearsed both in DC and Houston