Tim Nelms had a heart attack at the finish line of the AJC Peachtree Road Race. A doctor was getting ready to cross the finish line with his daughter when he dropped everything. 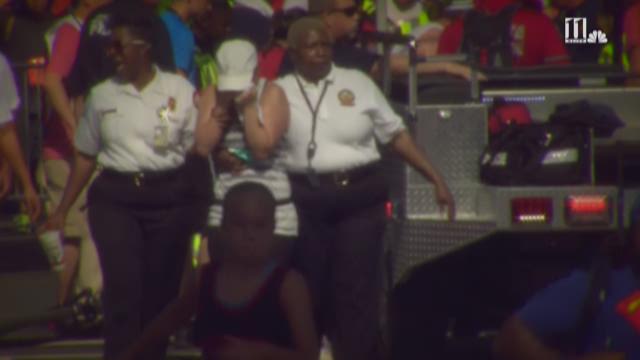 ATLANTA – It wasn’t the morning Tim Nelms was expecting when he laced up his running shoes for this year’s AJC Peachtree Road Race.

It was a scorcher—81 degrees, with a humidity of about 70 percent.

It was just before 10 a.m., when Nelms, then-61, was approaching the finish line on Peachtree Street at the annual Fourth of July race.

With his daughter by his side, he was almost there.

“I never had any chest pains—never had any shortness of breath,” Nelms remembered from that day. “Coming down the hill, 10th street, we were running a bit harder, I wouldn’t call it a sprint.”

But, that’s when he told his daughter he needed to stop.

“I remember going towards the ground, but I don’t remember getting there,” he said.

Just feet from the end of the race, the on-and-off again runner collapsed.

A fellow runner, Dr. Douglas Ander was running with his daughters.

They were moments away from their own victory, holding hands and eyeing the finish line.

“The switch flips at that point in time… everything tunes out. You forget how tired you are, how sweaty you are. You do what you’re trained to do. It almost comes naturally at that point,” Ander said about finishing the 10K race.

But, out of the corner of his eye, he spotted someone on their knees.

“It was actually my daughters who told me I need to stop and help this person. They’ve seen me do it before, so, it’s normal for them to see me race off and help somebody. But they said, ‘Dad, you really need to stop – that person doesn’t look good.’ They’re the ones who really saved the day,” the boasting father touted.

So, he stopped dead in his tracks and bolted over to Helms, who was already on the pavement.

Medical crews pushed against the crowds to get to him and performed CPR. He was having a heart attack.

He had a good pulse and was breathing on his own when he was rushed to Atlanta Medical Center.

“Basically, I died. My heart stopped,” Nelms said. “I would have, if somebody hadn’t been there to resuscitate me. It’s one of those things—no warnings, no expectations, no nothing.”

He woke up mad that he didn’t finish the race, but thankful to be alive.

Now-62, Nelms met the doctors who saved his life that morning and thanked them.

“What do you say that has any significance in the circumstances. All you can say is thanks,” he said looking over to Anders. “He was nice enough to stop. He didn’t have to, there was professional training, but there’s a personal side to all this stuff. That made a difference between having a memory of the entire day.” 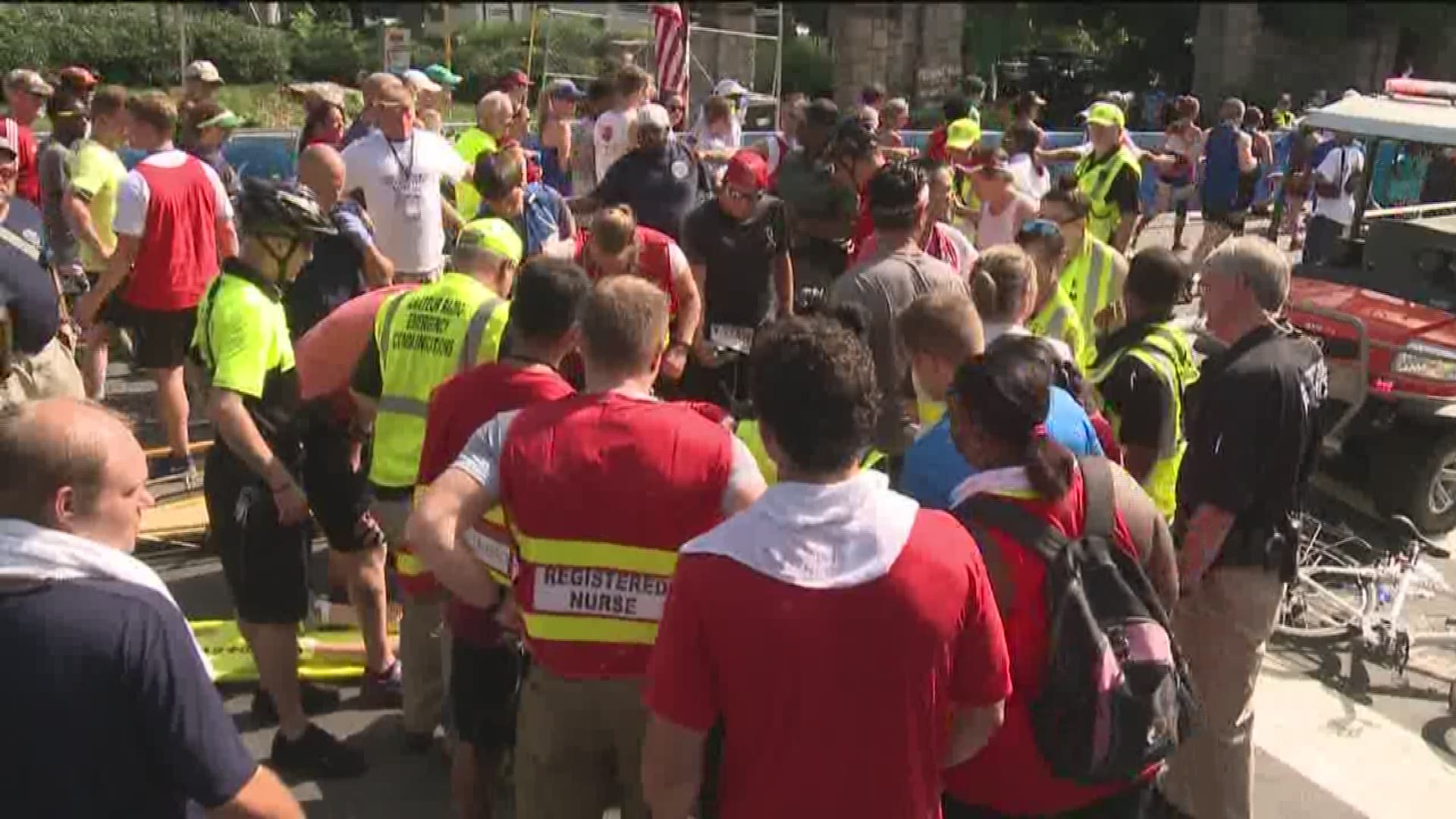 Following his transport to the hospital, he had a stent put in for a blocked artery that afternoon and was home by the next evening.

“You can’t ask for much better than that. It hurt. It hurt for a while. But that’s OK. Feeling hurt is a lot better than not,” he said.

But, it’s not the end of running for him, he said.

In fact, he hopes to be able to do a 5K for a lung cancer fundraiser, in honor of his sisters who have battled lung cancer.

“I’m looking at my wife, she tells me that is not an option. That will happen. If I’m going to run, I have to run with a trained ER doc,” he said. ‘At least I get to do it.”

“I’d love to run it with him next year so we can both beat our times,” Ander said about next year’s road race.

Atlanta Fire Sgt. Cortez Stafford said firefighters, event medical staff and Grady Hospital staff dealt with more than 200 people who needed assistance at the race. More than a dozen of those transported had a heat-related issue.