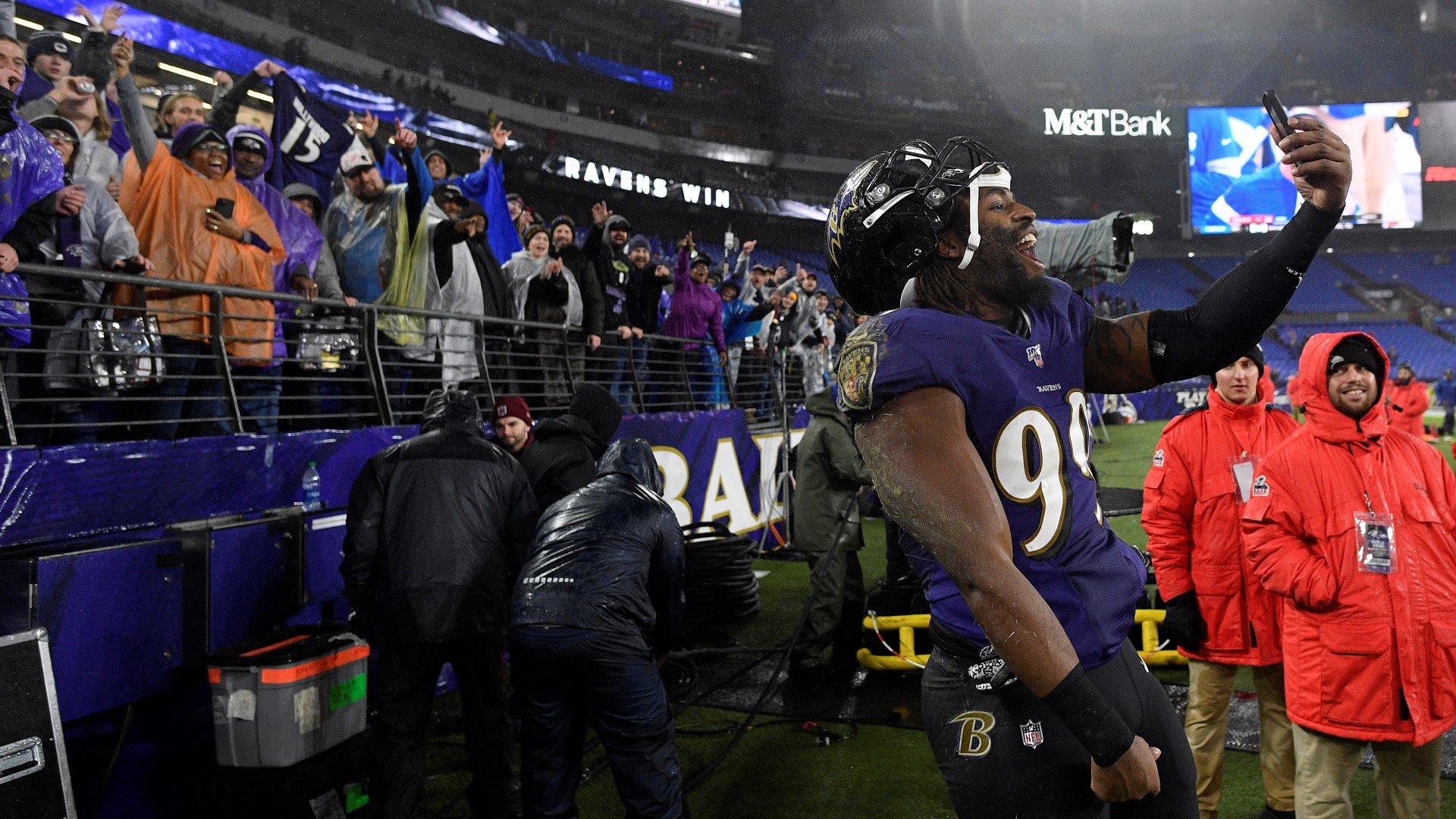 BALTIMORE — With the Redskins not in postseason play, Washington's starting quarterback Dwayne Haskins is taking in the Baltimore Ravens game as a fan.

According to WUSA9's Darren Haynes, Haskins is at the game.

Haskins was taken in the first round of the 2019 NFL Draft by Washington, starting seven games in his rookie season with the team.

The Ravens are playing against the Titans in a game that establishes an old AFC Central rivalry.

The Tennessee Titans and Baltimore Ravens use to play in the AFC Central Division, matching up 14 different times between 1996 and 2002. Now, the two teams are sharing the field for the 2020 NFL Playoffs, renewing what once was a bitter divisional matchup.

The Ravens will host the Titans on Saturday, and both teams have played three times in the playoffs — most recently in 2009. They played last in the regular season in 2018.

The Ravens and Titans were at times two of the best teams in the National Football League when they were in the same division. The Titans would make the Super Bowl in 2000, while the Ravens won the Super Bowl in 2001. Baltimore would actually beat Tennessee in 2001 to advance toward its eventual title run.

RELATED: Ravens running back Mark Ingram will play against Titans after being questionable for game