Second-place finisher reflects on the Peachtree win that got away

Ben Payne let up slightly early and it cost him the 2015 AJC Peachtree Road Race. He calls it one of the highlights of his career. 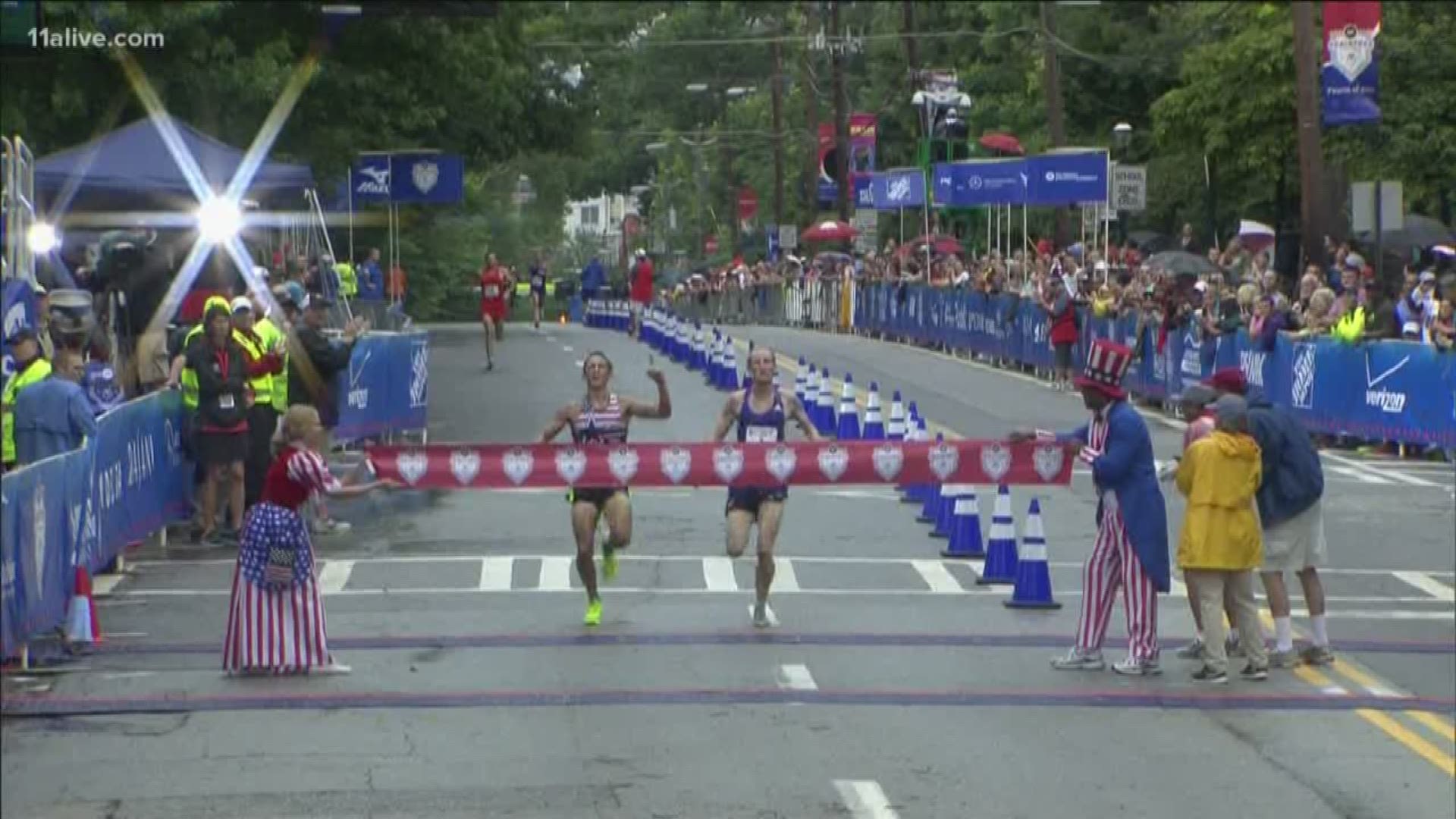 ATLANTA — Ben Payne was steps away.

That finish line was his...

...until it was someone else’s.

"He just overtook me at the end," Payne told 11Alive's Wes Blankenship.

Scott Overall won the 2015 AJC Peachtree Road Race that should have been Ben’s.

"He's a very good runner. I just let up too soon," Payne reflected.

What appeared to be a premature celebration – Payne’s finger pointed skyward – was actually gratitude, he explained.

"It's something I do at the end of every race."

Perception is reality. And for Ben Payne, that reality was everywhere.

"I didn't realize how big the reaction was until we got back to Colorado," he recalled.

Major Ben Payne ran track and cross country for the Air Force Academy in college. That stop in Atlanta was just one of many longer races that test his speed each year.

The 2015 race was tougher than most. There’s regret, but also appreciation.

"Of course I wanted to win," he said. "I am a competitor. It's one of the most impactful moments of my racing career."

A photo finish confirmed the result that Payne let slip away. It stands as a reminder he doesn’t need for any other race down the road.

"Now I always know to run through the tape," he concluded.