The ski event took place last weekend at the stadium 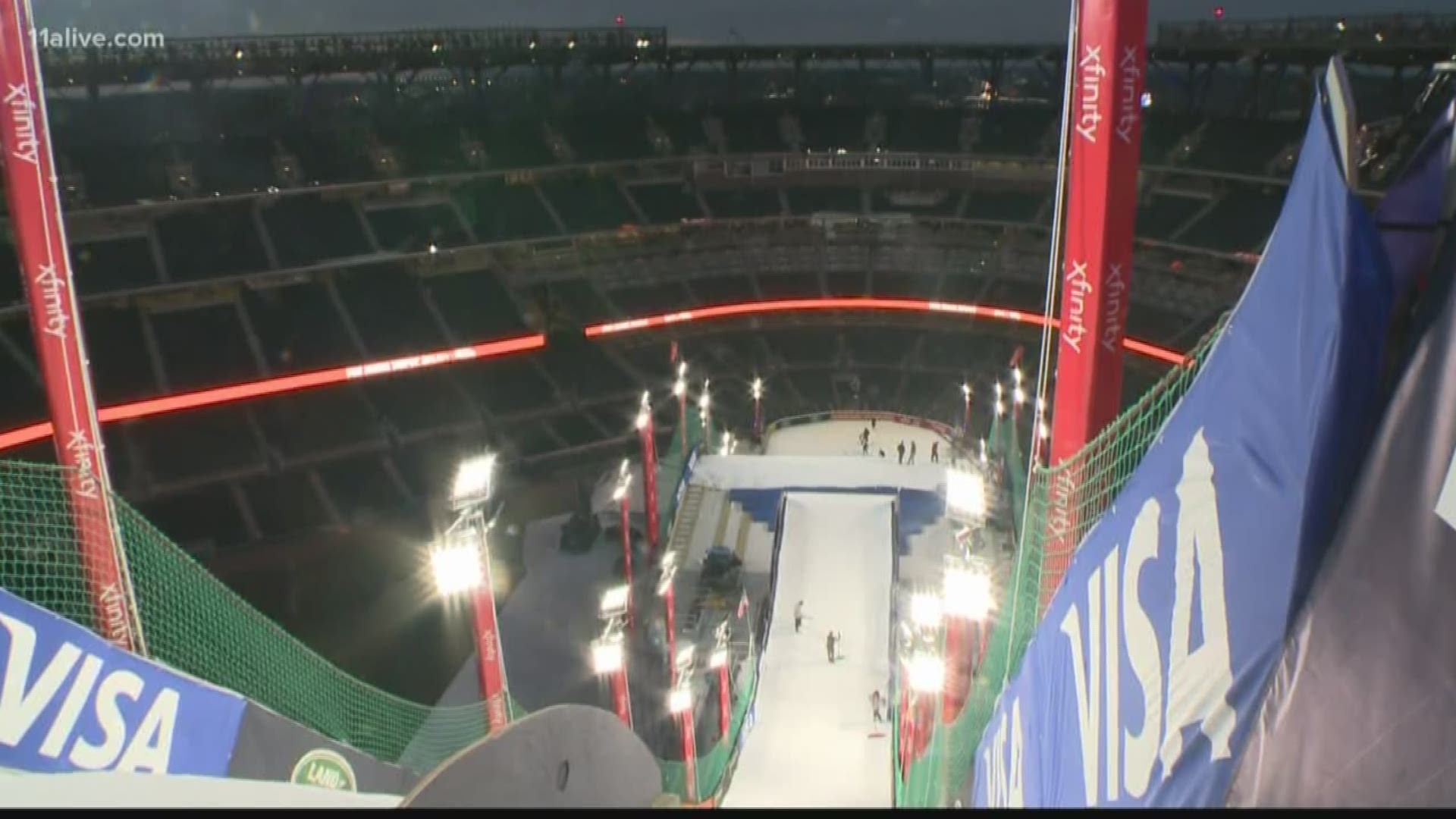 ATLANTA — For the past 17 years, Georgia and Georgia Tech have played one of their three match ups in the home of the Atlanta Braves. However, due to a damaged field, they're taking it to Gwinnett.

Georgia’s annual baseball game against Georgia Tech to benefit Children’s Healthcare of Atlanta (CHOA) has been moved from SunTrust Park to Coolray Field this season, they announced Friday.

The teams were notified that due to field damage caused by the Big Air ski event, the field surface would not be ready in time to host the Farmview Market Spring Classic baseball game.

Snowboarders and skiers were soaring off a 15-story tower that looks like a massive erector set in the middle of the 41,000-seat stadium last weekend. They created 800 tons of snow for the event.

Since 2004, the game and has raised more than $200,000 annually for the not-for-profit pediatric healthcare system. Georgia holds an 11-6 edge over Tech in games played at the Braves Major League stadium, going 9-5 at Turner Field and 2-1 at SunTrust Park.

In 2020, the teams will play a three-game series from Feb. 28-March 1 with Friday’s game in Athens at 5 p.m. Saturday’s contest will be on the Tech campus at 2 p.m., and the series concludes Sunday at Coolray Field at 2 p.m., home of the Gwinnett Stripers, the Triple-A affiliate of the Braves.

To purchase tickets to the 2020 Farmview Market Spring Classic baseball game between Georgia and Tech at Coolray Field on Sunday, March 1 at 2 p.m., please click on the following link: http://www.gado.gs/40g

An Atlanta Braves representative tells 11Alive News that they had planned to replace the sod after the event -- as they do so every 2-3 years.