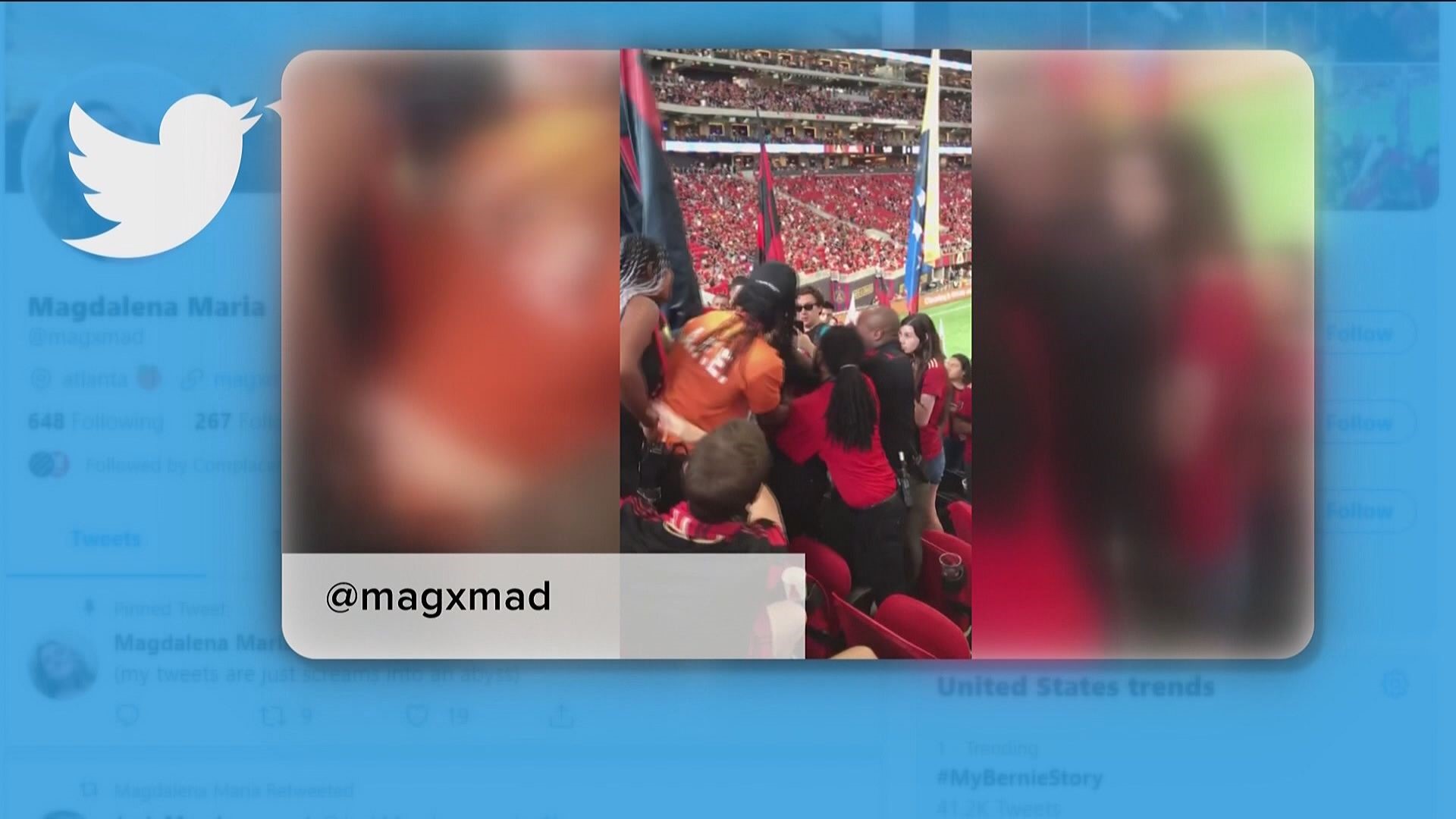 ATLANTA — Major League Soccer, Atlanta United and its supporters have embraced diversity over the years.

"It is what makes us strong and what makes our culture unique," one supporter group known as Resurgence said on its Facebook page.

Sunday, however, some fans felt that their voices were not heard when they joined the #AUnitedFront movement -- one that other MLS teams' supporters groups started -- declaring their stance against fascism.

Fans said signs were confiscated and several supporters were ejected - and even banned - from the stadium.

The league’s new fan code of conduct, implemented this season, prohibits “using (including on any sign or other visible representation) political, threatening, abusive, insulting, offensive language and/or gestures, which includes racist, homophobic, xenophobic, sexist or otherwise inappropriate language or behavior.”

MLS president and deputy commissioner Mark Abbott said the league worked with all its teams to devise the policy.

“I think it was the belief of the league and the clubs that fans are at our games to enjoy the game and that there is a place for third-party political organizations or groups to express their views, but that place isn’t within our stadiums,” Abbott told The Associated Press.

Fans on social media are asking the question how anti-fascism and ending gun violence is political.

One Twitter user, @WookieeChuckles said "For a club that prides itself on diversity and inclusion this is completely unacceptable."

In a statement, the Resurgence group said they'd stand behind other MLS supporter groups by "Declaring that human rights are not political statements. Declaring that making the Iron Front logo unwelcome while ignoring the growing presence of white nationalism in the terraces makes you complacent in the attacks being suffered by Seattle’s supporters – and ignorant of the dangerous landscape many MLS supporters face every day."

Multiple signs, flags and shirts included the Iron Front logo. According to The Associated Press, the symbol of three arrows pointing downward and to the left dates back to an anti-Nazi paramilitary organization formed in Germany in the 1930s. Supporters’ groups maintain the symbol represents opposition to fascism and persecution — a human rights issue, not a political stance.

Another Resurgence member said the banner they had that simply read "End gun violence" was also confiscated.

An Atlanta United spokesman confirmed to 11Alive News that several flags were confiscated "per MLS policy on politically motivated signage in stadium."

They confirmed that two fans received year-long bans from the stadium "due to the severity of their behavior when stadium staff asked them to remove their flags" and said they were "being combative" with stadium staff.

Two videos circulating among Resurgence members on Twitter show the signs being removed and the scuffles between fans and security officials.

Twitter user @BradysBuzz said: "This physical escorting was no less than physical assault for some individuals. @ATLUTD & @MLS have made their position regarding anti-fascism consistently clear. They would rather ban supporters for displaying signs protesting nazis than ban the nazis themselves."

Team officials said a total of six people were ejected from the match related to the incident.

It appears that Bedoya received no punishment and was named the league's "Player of the Week."

On Sunday, Union played a home match  and the team tweeted a video of Bedoya signing a large sign supporters made with his anti gun violence quote.

Read the Fan Code of Conduct on the MLS website.