Frank De Boer said pay should be based on overall viewership and advertising dollars earned by the team. 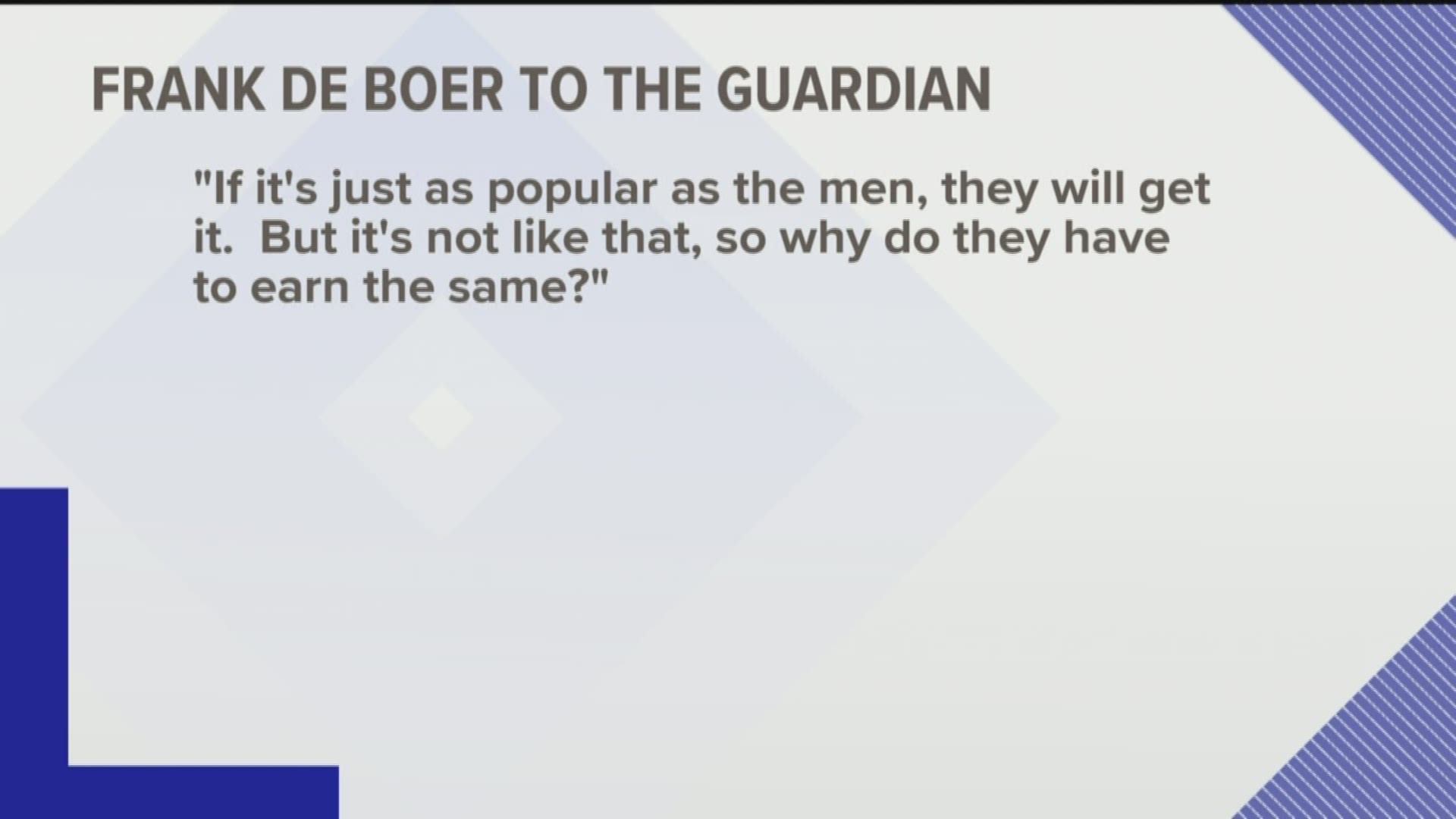 ATLANTA — The manager of Atlanta's record-breaking soccer team has now gone on the record regarding equal pay for women in the sport - he thinks it's ridiculous.

According to NBC Sports, Atlanta United's Frank De Boer said pay should be based on viewership and advertising rather than a focus on making it equal. The news agency quoted his interview with The Guardian where he said, "It's the same like tennis. If there are watching, for the World Cup final, 500 million people or something like that, and 100 million for a woman's final, that's a difference."

He said that if it were just as popular as men's sports, he would agree with equal pay.

"But it's not like that, so why do they have to earn the same?" he asked. "I think it's ridiculous. I don't understand that."

However, he drew a line between sports and other businesses - those that he said should pay men and women equally.

"I think if you have a manager position for a bank or something, you have to earn the same what the men did because it’s not physically, just only here [points to head]," he told The Guardian. "So why do you have to earn less, because you’re doing the same job as a man? I think that’s also dropped a little bit into the sports world, like tennis and soccer. But I think that’s still different.”

His words come as the World Cup champion U.S. Women's National Team is suing the national association. The women's team is arguing that U.S. Soccer "institutionalized gender discrimination" that includes inequitable compensation when compared to players on the men's team.

U.S. Soccer, however, has since claimed that women have actually made more than men.

De Boer took over as manager of Atlanta United in December 2018 after the departure of Tata Martino following their MLS Championship victory.

De Boer has had previous managerial roles with Crystal Palace in 2017 and also spots with Ajax and Inter Milan. While with Ajax, de Boer won four Eredivisie titles and was assistant manager for the Netherlands when they finished as runners-up during the 2010 World Cup.

His playing career is stellar. Playing for Ajax in the early 90s, he led them to the UEFA Cup title in 1991-92 and the UEFA Champions League title in 1994-95 along with five Eredivisie titles.