"Atlanta, you unite us!" 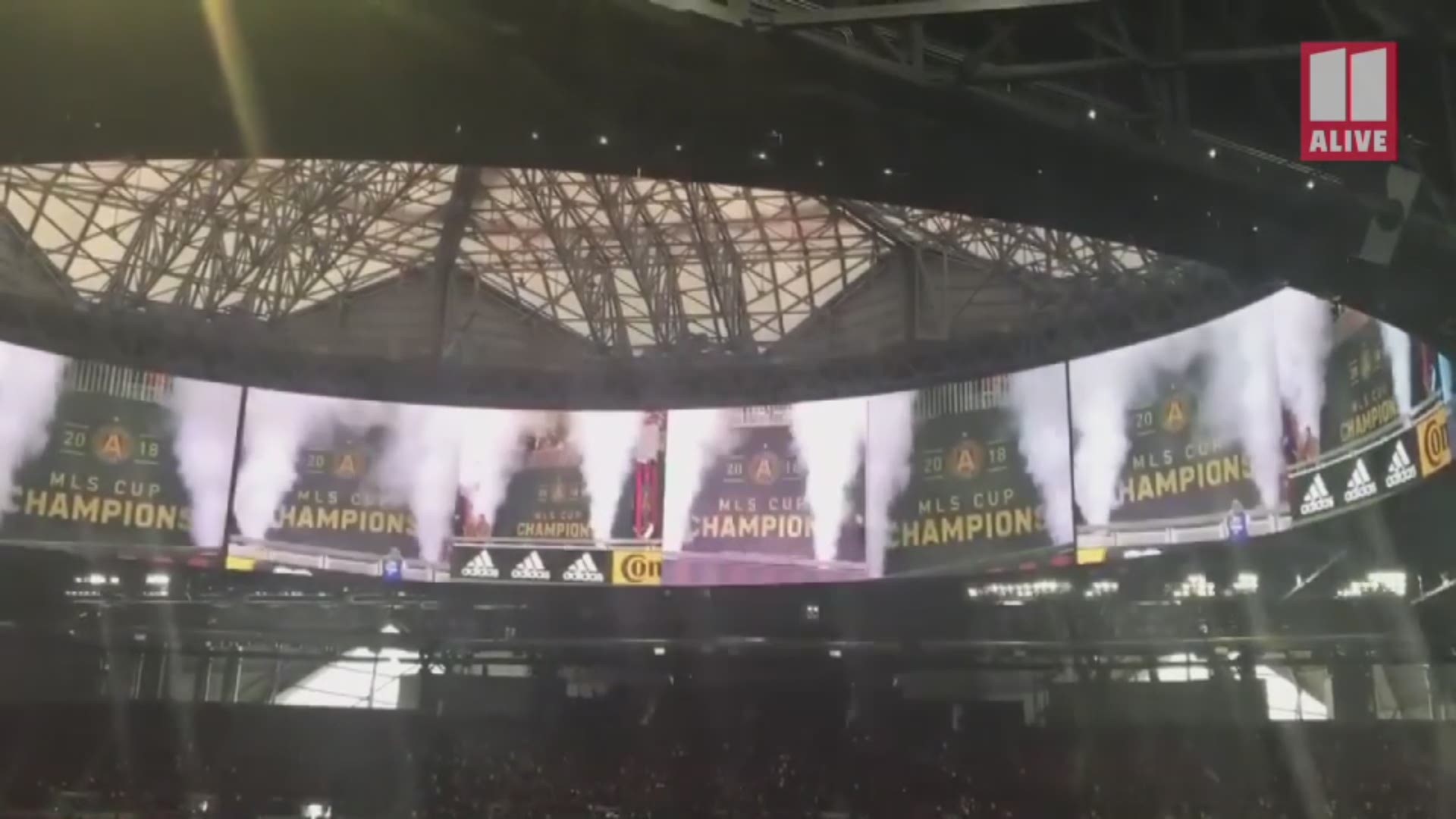 ATLANTA — Look both ways before you cross this street - and make sure to notice the Atlanta United pride under your feet!

On Sunday, the Major League Soccer team unveiled a new black-and-red 'five-stripe' crosswalk leading up to the Mercedes-Benz Stadium, the team's home pitch.

"Atlanta, you unite us!" the team tweeted from their account.

The painted path spanning the street is located on Andrew Young International Boulevard, near the stadium.

On Sunday, the MLS Championship team also unveiled the banner commemorating their historic 2018 win, which broke a major sports championship drought of 25 years and 41 days.

Despite the fanfare inside the stadium for Sunday's home opener, Atlanta United ended the match with FC Cincinnati in a tie.

Of course, this is not the only colorful crosswalk you can spot around town. In 2017, the city installed a permanent rainbow crosswalk at the intersection of 10th and Piedmont, in part of the city long considered the heart of Atlanta's gay community. While past installations had been temporary, Mayor Kasim Reed announced on the one-year anniversary of the Pulse Nightclub shooting, that the permanent installation would be a lasting tribute.