The team is worth a half-billion dollars and climbing according to a Forbes report. 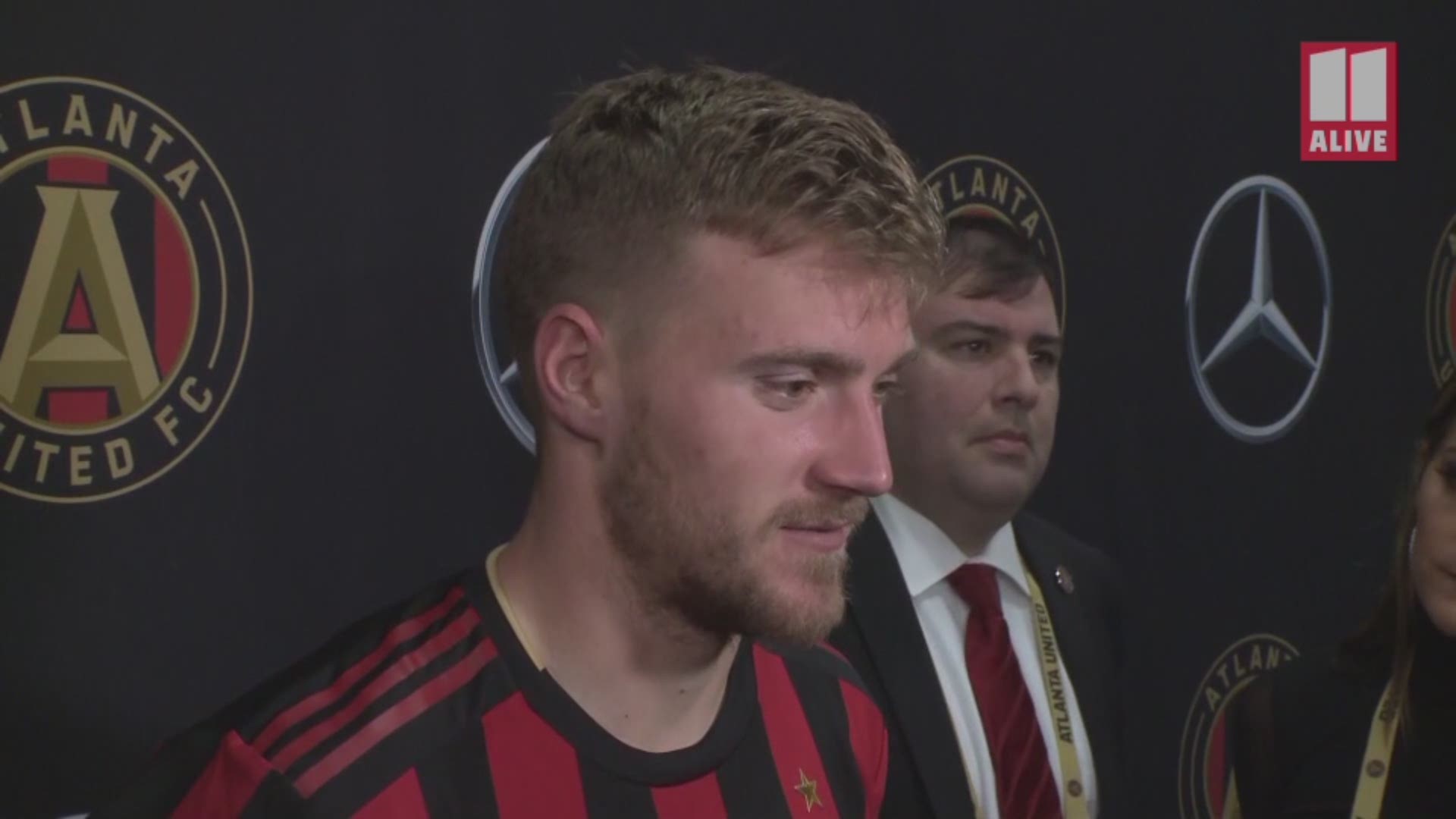 ATLANTA — According to a new Forbes report, Atlanta United is the most valuable team in Major League Soccer, with a value of $500 million.

The team, owned by Home Depot co-founder and Atlanta Falcons owner Arthur Blank, is also tops in average home game attendance of 52,000 per game. Not only does that figure top out all of MLS, but it ranks 10th in international average attendance, according to a report from the CIES Football Observatory.

For much of the team's first season, Atlanta United played its home games in Georgia Tech's Bobby Dodd Stadium before moving to the new Mercedes-Benz Stadium.

The Forbes report says that Atlanta earned $7 million on revenues of $78 million last season, blowing away all expectations, and has made the playoffs in each of its three seasons since joining MLS, winning the MLS Cup last year and only missing a return to the final by a single game this year.

Behind the Five Stripes in value are both of the Los Angeles franchises -- the LA Galaxy, ranking second with a value of $480 million and LAFC at number three and a value of $475 million.

The two Los Angeles teams enjoy a crosstown rivalry called El Trafico, which has helped boost attendance and revenue for both teams.

Major League Soccer's 24 teams have been rapidly increasing in value across all of North America over the past few years after a somewhat rocky start in the late 1990s.

The origins of the league can be traced to 1988. One of the conditions for the United States being awarded the 1994 FIFA World Cup was that the US Soccer Federation would have to create a Division 1 professional soccer league.

The league was organized and began play in 1996 with 10 teams. The league had some problems with finances and attendance during those early years, but after the United States made international headlines by landing in the quarterfinals of the 2002 World Cup, interest in the sport began to build domestically once again.

MLS began to become more financially stable in the subsequent years. Some of this, according to Forbes, can be attributed to teams moving out of larger American football stadiums and into soccer-specific stadiums which lended themselves to a more soccer friendly experience for fans.

In subsequent years, with moves from football stadiums into primarily soccer-based venues, and the introduction of international players into the league over time, interest has started to ramp up for Major League Soccer. Teams began to enter the league, and with the, fans starved for soccer in multiple markets across North America.

By 2015, MLS Commissioner Don Garber announced plans for the league to expand to as many as 28 teams by 2020.

In 2017, Atlanta United joined the league along with the fledgling Minnesota United, yet there's no signs of the expansion slowing down.

In addition, at least one more team beyond that will join the league, from a large field of interested cities.

Despite all of that interest in MLS and the half-billion dollar value of Atlanta United, the team still has a long way to go to crack the upper echelon of sports franchises around the world.

Oh, and Arthur Blank's other investment at Mercedes-Benz Stadium -- the Atlanta Falcons -- they are ranked at number 28 on that list at $2.6 billion.