The team was up against New York City FC on Saturday to kick off the MLS Cup Playoffs. 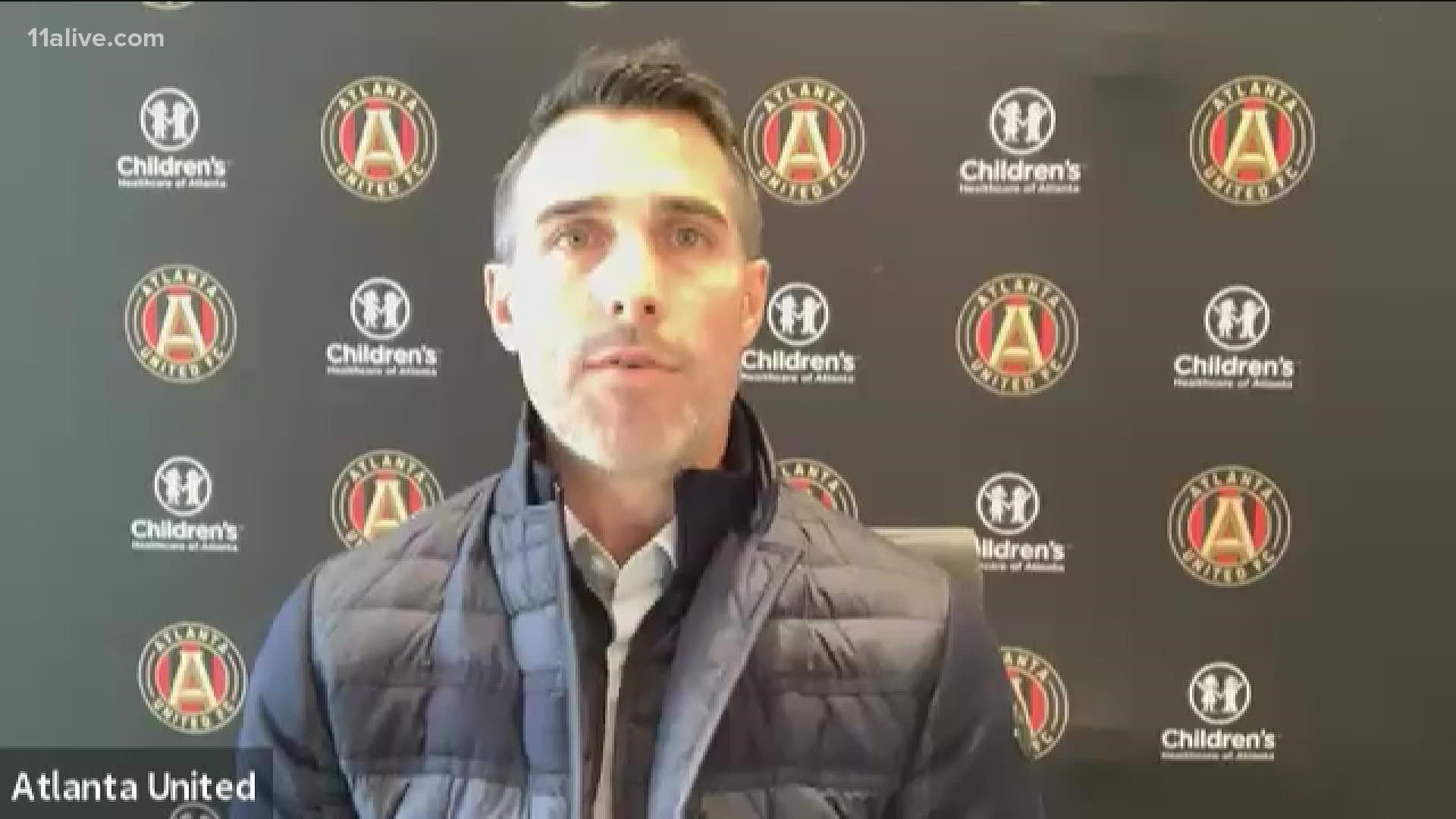 ATLANTA — UPDATE | Golden Boot winner Valentín Castellanos and Alexander Callens scored less than four minutes apart early in the second half and New York City FC beat Atlanta United 2-0 on Sunday in the first round of the MLS playoffs. Fourth-seeded NYCFC will play at Supporters Shield winner New England on Nov. 30. NYCFC has made the Eastern Conference semifinals five times in six seasons, but never advance farther. Atlanta was seeded fifth. Sean Johnson, who had nine shutouts in the regular season, made four saves for his second career playoff shutout.

ORIGINAL STORY | Atlanta United will set out on Sunday to try and spark the latest magical run for an Atlanta sports team, kicking off the 2021 MLS Cup Playoffs on the road against New York City FC.

It will mark the culmination of a roller coaster season for United, who began the season with high expectations under new coach Gabriel Heinze only to fire him after just 17 games with the team - the firing coming at the end of an eight-match streak without a single win.

From that brutal low, though, the team roared back and fired off a stretch between August and September of eight wins in 11 matches, as Gonzalo Pineda took over as the new manager.

The team's biggest star, Josef Martínez, seemed to find his footing again in the past few months after his 2019-20 season was wrecked by a major injury and he returned slowly this year.

He put an exclamation point on United's seeming return as a real contender on the very last day of the season, securing the club's place in the playoffs with a magnificent goal to send them ahead in a 2-1 win over FC Cincinnati.

As Pineda took the reins and players like Ezequiel Barco, Marcelino Moreno, Matheus Rossetto and the spectacular Luiz Araújo (signed only in August) began to gel together behind Martínez, it felt like United had rediscovered the attacking flair that was the soul of the team their first seasons in MLS - including the 2018 championship.

Now on the heels of the Braves' run to winning the World Series championship, hopes are high that Atlanta United can replicate the special runs this season from its baseball team and, earlier in the year, the Hawks to the NBA Eastern Conference Finals.

Things kick off at 3 p.m. on Sunday, and you can expect pubs around Atlanta to be packed.