Outside of Mercedes Benz Stadium Saturday, Atlanta United fans showed out excited to see their team and to be in a full-capacity stadium again. 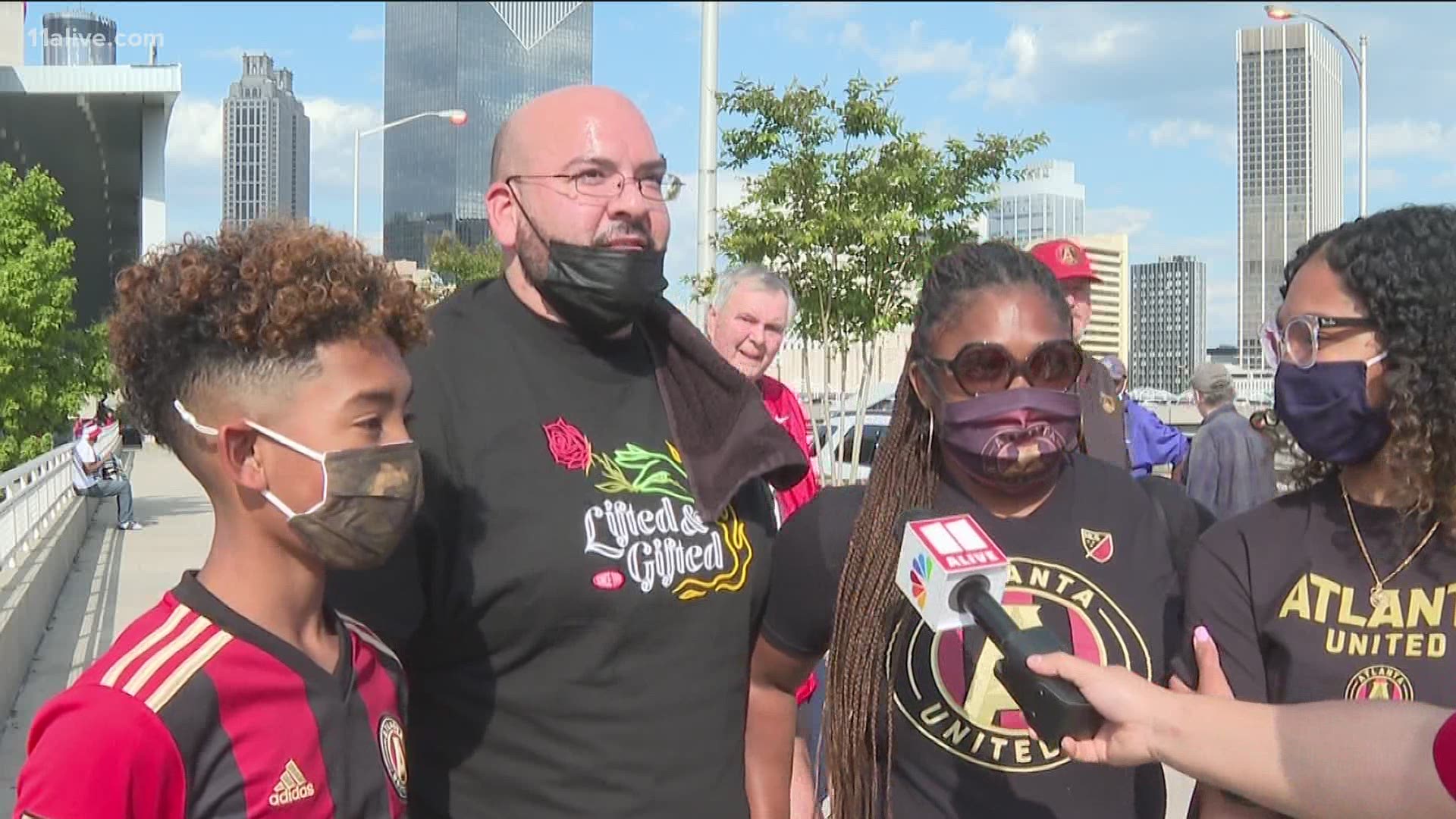 ATLANTA — Outside of Mercedes Benz Stadium Saturday, Atlanta United fans showed out - excited to see their team and to be in a full-capacity stadium again.

“We haven’t been since October so it’s really nice to get back to it,” said Kaitlin Lemaster.

“One hundred percent. I’m happy to be back at full capacity,” said Ethan Childers.

Childers and his friends donned their United jerseys walking to the stadium but dropped the masks as they approached the stadium.

He said with the new Centers for Disease Control and Prevention (CDC) guidelines, they’ll wear them to get into the stadium but that’s about it.

“I’m vaccinated, as we all are,” said Childers. “Probably once we’re in there, to be frank, no masks. Not a chance. I think I’m safe to go in there and not wear a mask around others.”

But other fans, Lemaster, said she’s keeping her mask on.

“I’m fully vaccinated, but I know not everybody is so the mask is just another layer and it’s a comfort, at this point, now,” said Lemaster.

“It’s more like your personal preference. It’s what you want to do. I wear a mask, though, for an extra layer of protection,” said Abbas Rahimitabo.

Inside the stadium, as the game went on, some fans wore their masks. But it seems most didn't.

Atlanta United said that, for Saturday’s match, the team was following the updated CDC guidelines saying vaccinated people can attend indoor and outdoor gatherings without a mask. However, since not all fans are vaccinated, the team still recommends wearing a mask to get inside the stadium.

The Cortes family isn’t vaccinated but is now motivated to do so knowing they can go maskless once they are. For now, they’re staying vigilant about safety.

“We’ll wear our masks, for now, keep our distance, wash our hands until we get the vaccine,” the Cortes family said.

There were also vaccination sites set up inside and outside of the stadium for fans to get either their first or second Pfizer shots.