He replaces assistant Rob Valentino, who had been the interim coach and will remain on staff, following the firing of Gabriel Heinze last month. 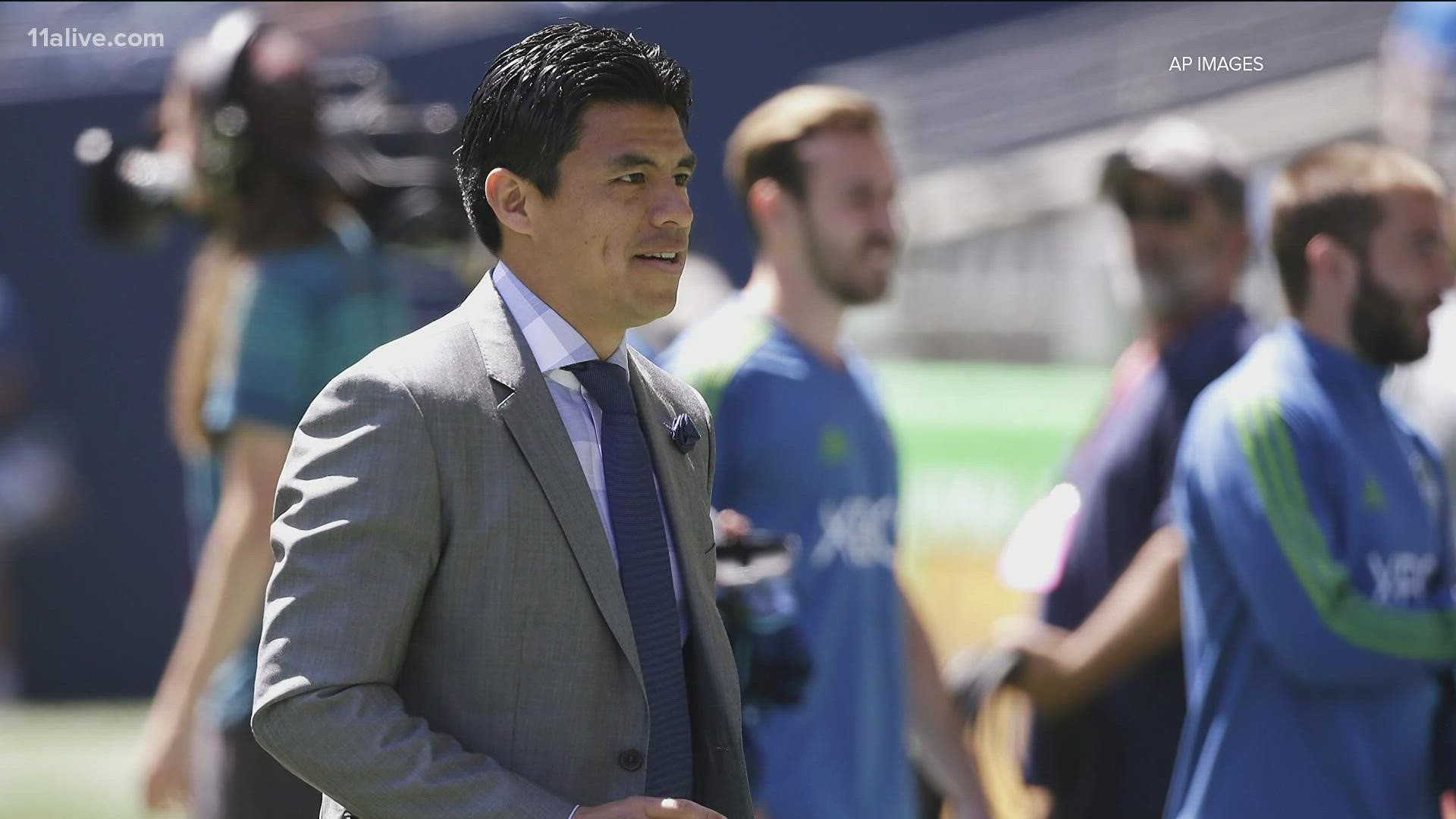 For Pineda, 38, it will be his first job as a head coach - he has been on the Seattle staff since 2017, where he has been drawn praise for his work with one of the leading clubs in MLS.

A club press release described him as "one of the highest-regarded assistant coaches in Major League Soccer."

“This is truly the opportunity of a lifetime and I’m really excited to become Atlanta United’s head coach,” Pineda said in a statement. “I’m arriving to a club that already has a system in place to help the players and coaching staff deliver good results for the supporters. I’m looking forward to arriving in Atlanta and meeting with everyone at the club.”

Assistant Rob Valentino, who has served as caretaker manager since the firing of Gabriel Heinze, will remain with the club, a team press release said.

Valentino was originally hired in 2019 by former manager Frank de Boer and remained on under Heinze, and now will continue with the team under his third manager. He'd won the admiration of fans for bringing a positive atmosphere back to the club following the short and turbulent tenure of Heinze.

The team said Valentino would continue as interim coach for two more games as Pineda settles into the role.

Pineda's proven success in MLS - the Sounders have finished second in the Western Conference and made the playoffs each of the last four years, including winning the MLS Cup in 2019 - is a change in direction from Atlanta's recent hires.

Dutchman De Boer and Argentine Heinze both arrived as splashy hires who had been with some of the biggest clubs in the world during their playing days.

But both flamed out, De Boer after one-and-a-half seasons and Heinze most recently after just 17 games in charge.

By contrast, Pineda spent his entire playing career in North America. But the club emphasized his "thorough understanding of MLS" as one of his strengths, something neither De Boer or Heinze brought to the table when they were hired.

“We’re thrilled to welcome Gonzalo as the head coach of Atlanta United,” Club President Darren Eales said in a statement. “Building off an illustrious international playing career, Gonzalo joined Seattle’s coaching staff and played an integral role in the club’s success over the last few years. He has a thorough understanding of MLS and has proven to be one of the top assistants in the league. He is a great fit for our club from a cultural and technical perspective, and we’re excited to have a long-term commitment in place.”

Pineda concluded a playing career in 2015 that included a decade in Mexico's Liga MX, with his longest and most successful stint coming with one of the country's biggest clubs, Chivas of Guadalajara.

He also played with the Sounders for two seasons at the end of his career, and made more than 40 appearances as a member of the Mexican national team between 2004-08.

In the hiring of Pineda, Atlanta United is banking on finally finding stability with a youthful coach after the club's ascent has stalled following early success upon their inaugural season in 2017.

After a relatively successful first year under De Boer, which saw them reach the Eastern Conference Finals and win the U.S. Open Cup, the team plummeted in 2020 to one of the worst records in the league.

They followed that up with a dire stretch this season that saw them go 12 straight matches without a win, before they claimed a 3-2 victory last weekend against the Columbus Crew.

That win, coupled with the signing of Luiz Araújo this week and the announcement now of Pineda as manager, will have fans hoping the club has finally turned the page on a down era.