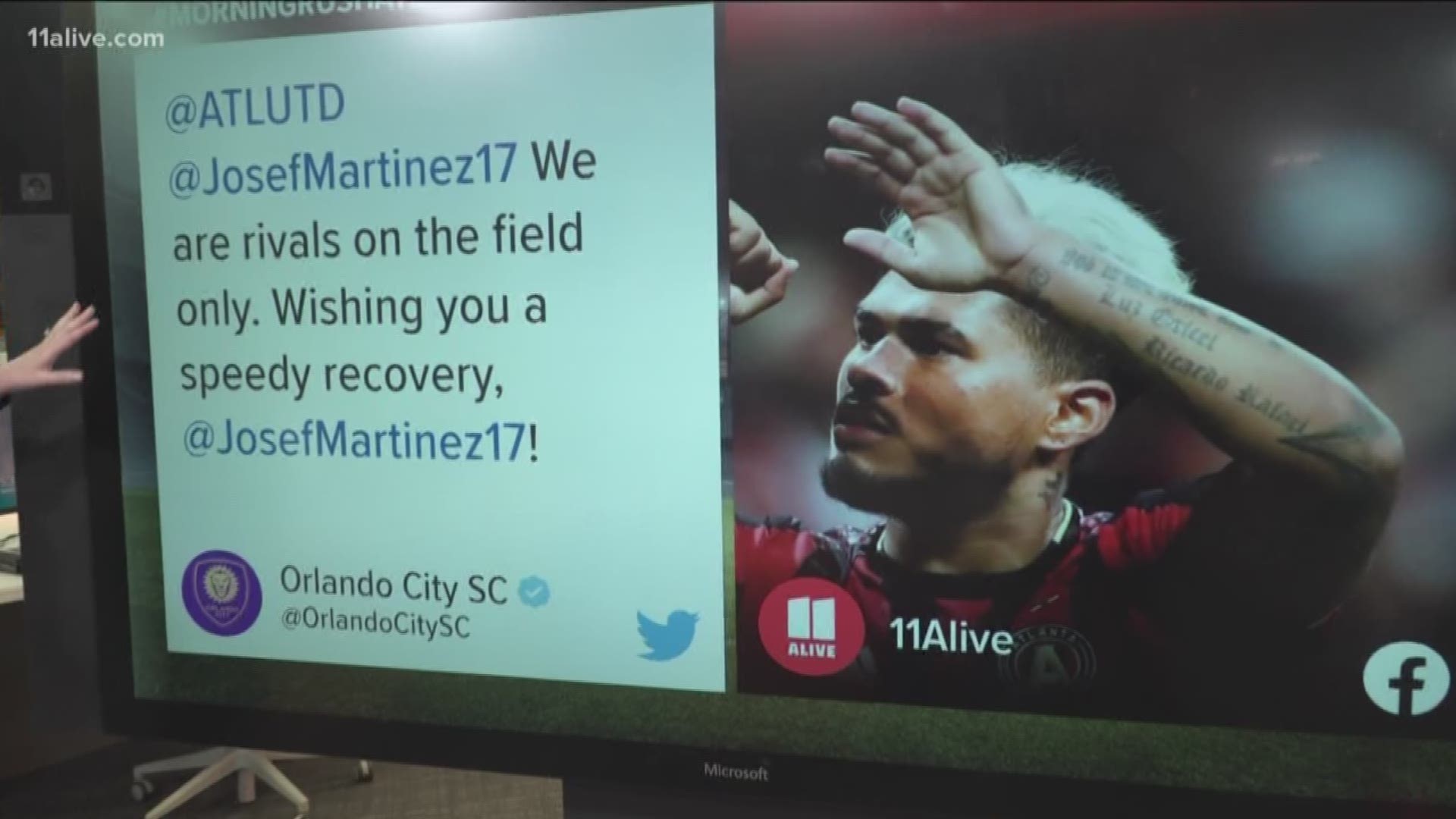 The championship team made the announcement, Wednesday afternoon.

The Atlanta United forward tore the anterior cruciate ligament (ACL) in his right knee back on Feb. 29, during Atlanta's season-opener against Nashville SC. The Atlanta team won the match 2-1.

Atlanta United said Martinez will now return to Atlanta to begin his rehabilitation, which will be led by the Atlanta United medical team and doctors from Piedmont Healthcare.

Atlanta United joined Major League Soccer in 2017 and won the 2018 MLS Cup in just its second season, the earliest an expansion team has won the title since 1998.

The club, which is based in Mercedes-Benz Stadium, has set multiple league records including season tickets sales, single-game attendance, single-season average and total home attendance.

RELATED: After Josef Martinez injury, what does Atlanta United do now?