It's the first time an Atlanta team has won a championship since 1995! 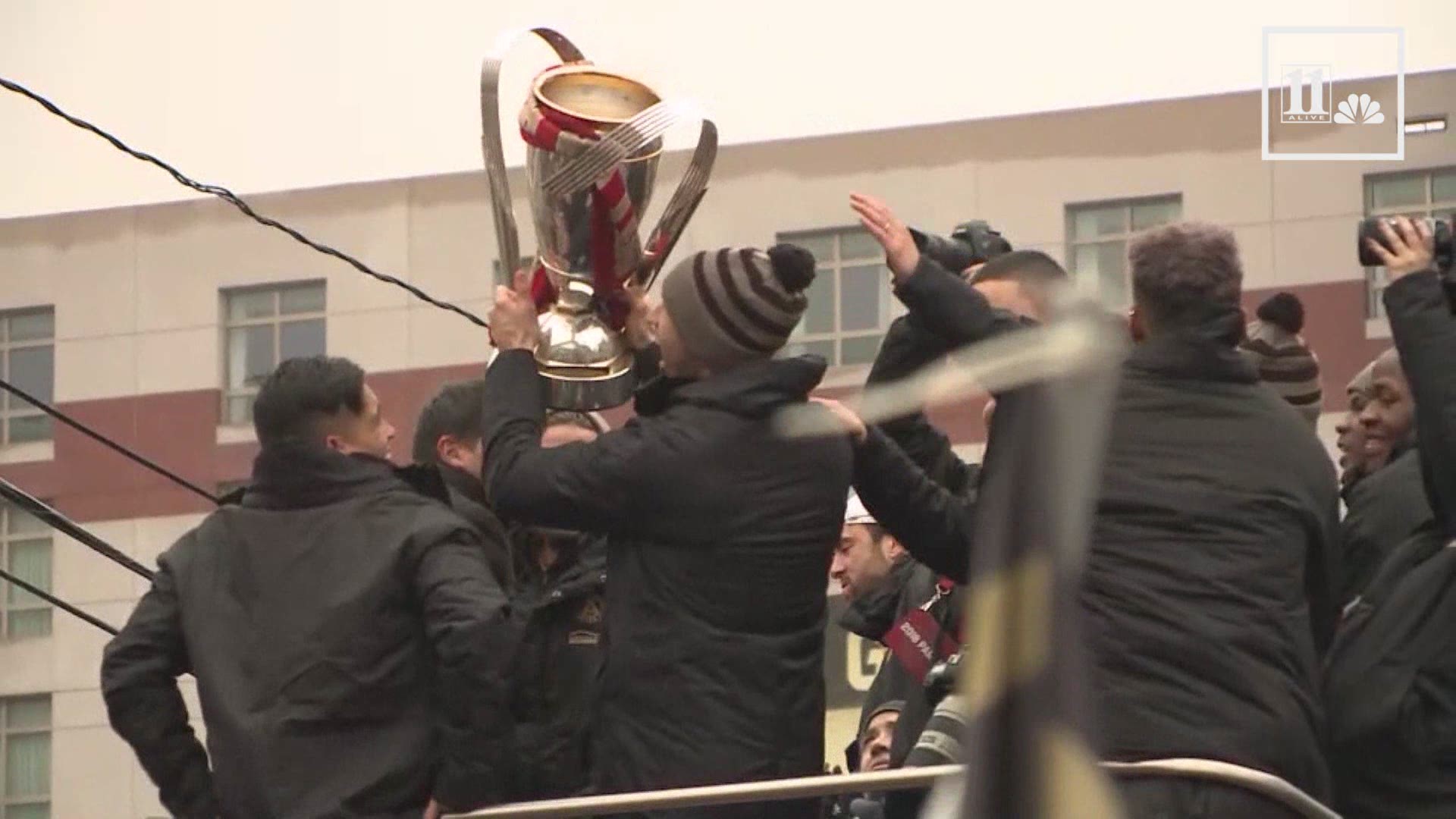 It's time to celebrate!

Josef Martinez and Franco Escobar fueled Atlanta United's 2-0 victory over the Portland Timbers Dec. 8, bringing home a championship title to Atlanta for the first time since the Braves' 1995 World Series win, 23 years ago.

To mark the win, the City of Atlanta is hosted a victory parade through the streets of Downtown for the public to show their support for their new champs!

WHAT TIME DOES THE PARADE START?

The parade starts rolling at 10 a.m. Streets along the parade route, however, will begin closing at 8 a.m. Most will reopen right after the parade passes, with all streets expected to be fully reopened by noon.

The procession ends at the Home Depot Backyard, right next to the Mercedes-Benz Stadium, at 12 p.m. That's where city officials will host a special program recognizing the team.

WHAT IS THE PARADE ROUTE?

The open-top bus parade will start at Baker Street at Peachtree Street in downtown, before redirecting to Marietta street, then Andrew Young Boulevard.

The parade will end at the Home Depot Backyard, where city officials will celebrated with a special program.

WHO WILL BE THERE?

Among the VIPs expected for the parade are: