Ngannou knocked out the Northeast Ohio native early in the second round to capture the UFC Heavyweight crown. 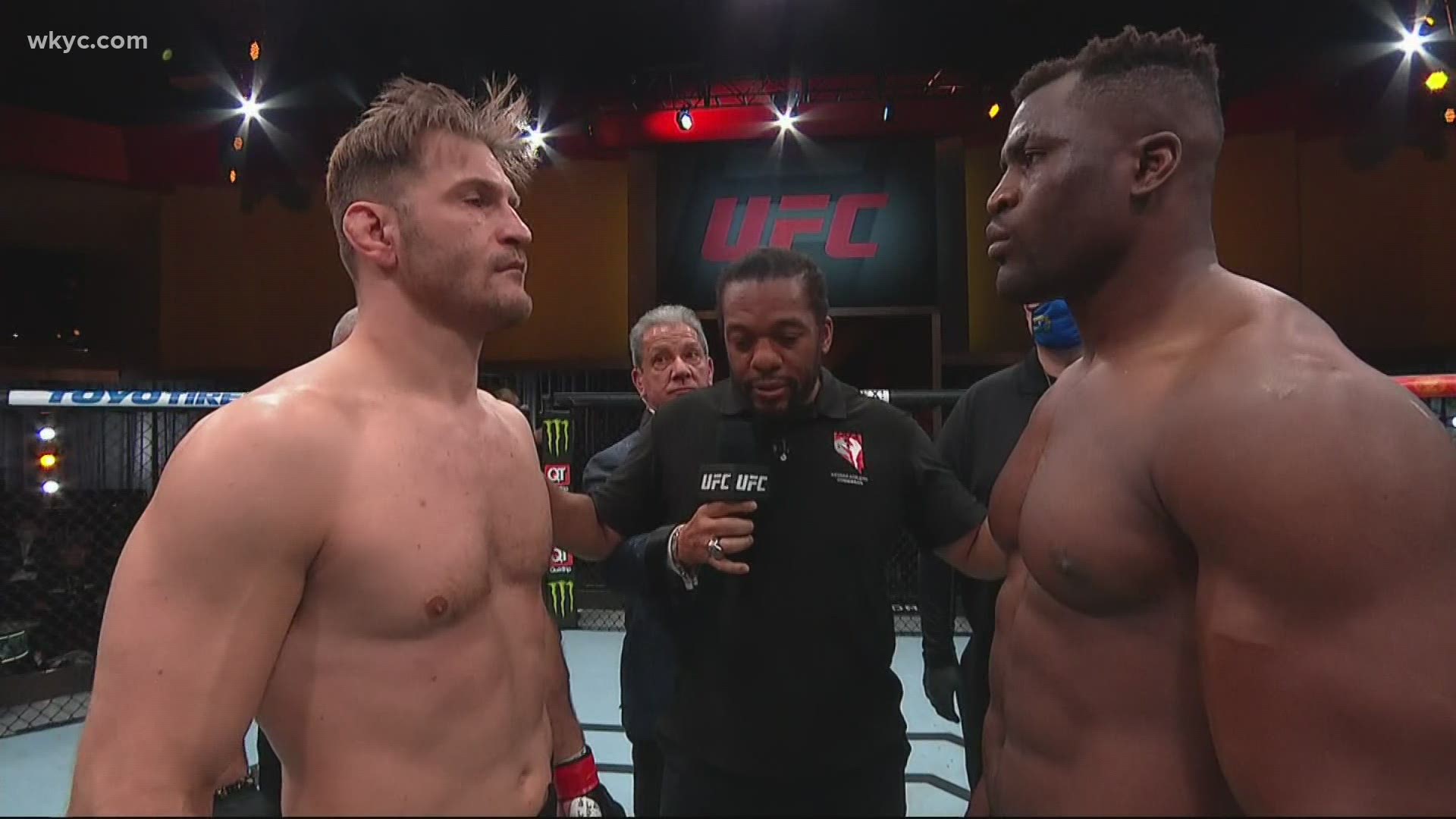 CLEVELAND — Northeast Ohio native Stipe Miocic saw his reign as UFC Heavyweight Champion come to an end on Saturday night after being knocked out by Francis Ngannou in the main event of UFC 260.

Ngannou took the belt after dropping Miocic in the 2nd round with a left hook and a right hammer fist at the 52 second mark.

"He did a mistake of following me, maybe he thought I was hurt or something," Ngannou said of the finishing sequence in comments reported by CBS MMA. "That's when I caught him. We've been putting in a lot of work, we've been working on everything. Every day, we've been working on those things. I worked every day and learned to relax and get the best out of myself instead of going out and rushing."

With the victory, Ngannou improves his record to 16-3, while Miocic falls to 20-4.

ONE SHOT IS ALL IT TAKES 😳 #UFC260 pic.twitter.com/qtFkICA5PS

Billed as UFC's "biggest, baddest, rematch," Miocic emerged from his legendary trilogy against Daniel Cormier to once again face Ngannou, who he defeated by unanimous decision at UFC 226 in 2018. This time, however, the 38-year-old Miocic found himself facing a more seasoned and experienced fighter, who had won each of his last four fights via first-round knockout.

"He's the greatest heavyweight champion of all-time," UFC President Dana White said of Miocic with 3News' Jim Donovan during an interview on Thursday. "Not just in the UFC, but in the entire sport. He's a great ambassador for the sport and the brand. Just such a good human being, such a regular guy and you couldn't ask for more from any of your champions."

It would be tough to argue with White's assessment considering that Miocic holds the UFC record for most heavyweight title defenses (four) over the course of his two championship reigns, including the win over Ngannou three years ago.

Ngannou's next opponent may be Jon "Bones" Jones, who appears to be next in line for a UFC heavyweight title fight after making the move up from the lightweight division. Following his win over Miocic, Ngannou said he would be ready for fight Jones in July or August.