Tennis pro Frances Tiafoe was tested either just before or upon arrival in Atlanta and had passed daily temperature tests, tournament officials said. 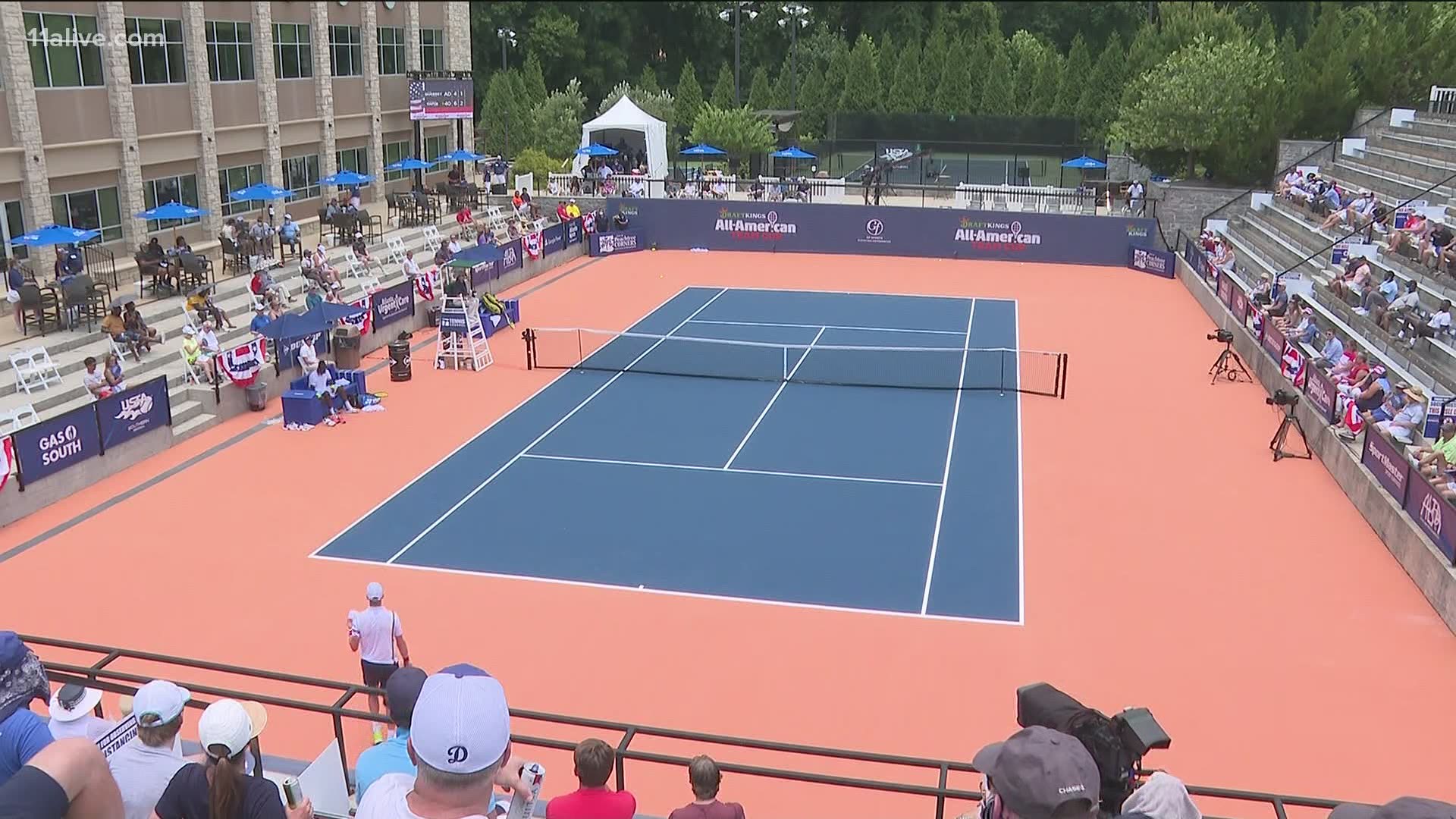 PEACHTREE CORNERS, Ga. — Frances Tiafoe, captain of one of the teams competing in this weekend's Draft Kings All-American Team Cup professional tennis tournament being played in Peachtree Corners, has tested positive for COVID-19.

According to tournament officials, Tiafoe was tested either prior to or upon arrival in Atlanta and has passed daily temperature tests.

"Following his match, he was showing symptoms and was retested and tested positive," said a statement from a tournament spokesman. "Tiafoe has left the event site and will not participate in the remainder of the event."

Event organizers said they have started deep cleaning and sanitizing the event site, as well as enacted protocols for contact tracing and alerting individuals who may have been exposed.

"This situation is extremely disappointing as we all believed we were taking the necessary precautions both before and upon our arrival here in metro Atlanta, and of course once on the ground at the event," Tiafoe said in a statement. "Now, I've begun the quarantine protocol, as advised by the event medical staff, and I'm just sorry I won't be able to complete my play here.”

Officials said Atlanta-native Christopher Eubanks will replace Tiafoe for the remainder of the event.

The tournament is being played through Sunday, July 5, at LifeTime Athletic and Tennis in Peachtree Corners.

Ahead of July 4th, COVID-19 cases rising the highest among 18 to 29-year-olds

MARTA to begin giving out free masks at stations