'Never seen anything like that' | Atlanta reacts to Hawks' crazy win

The team had trailed by 25 points at one point against Philadelphia. 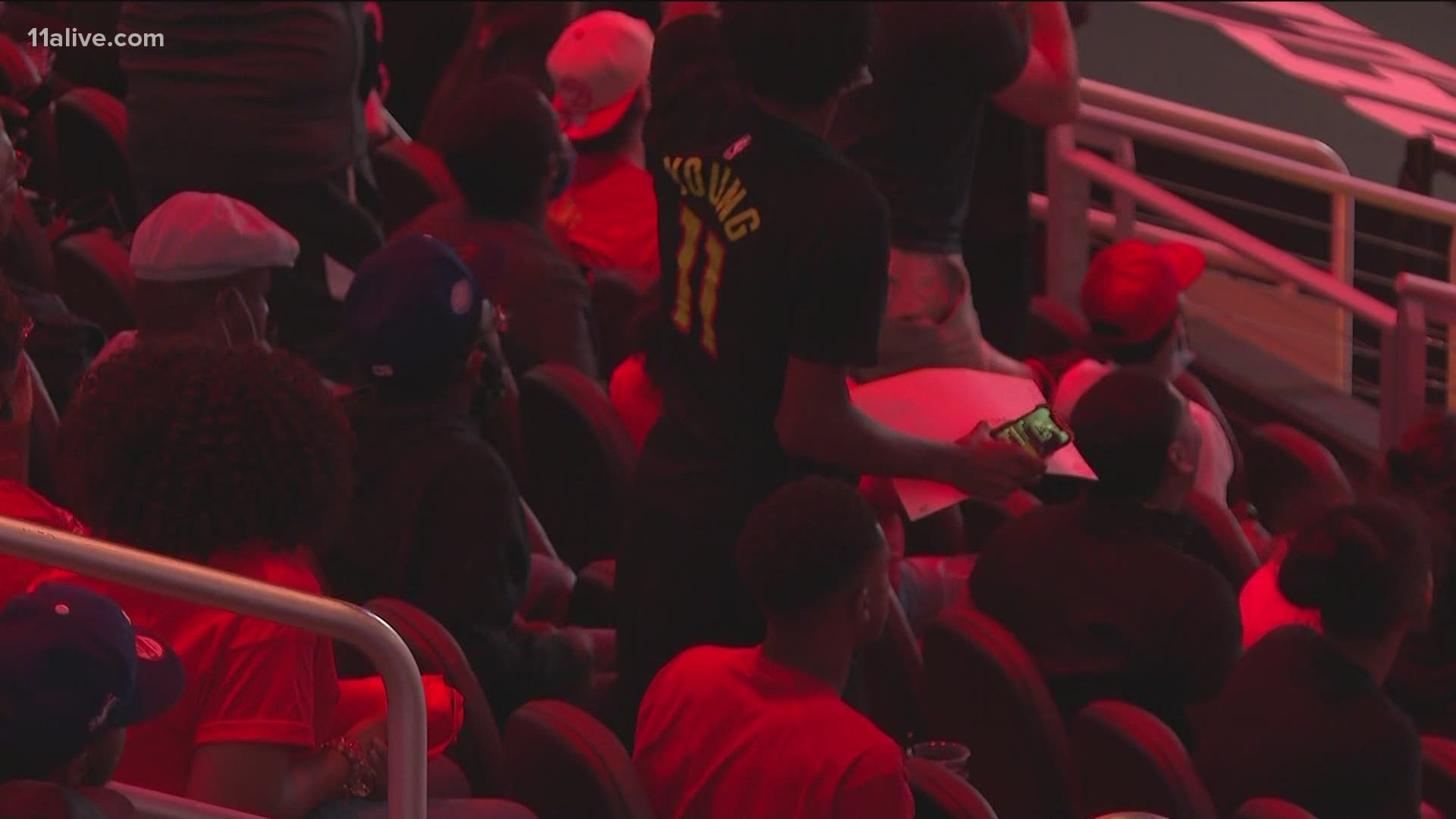 ATLANTA — It's truly impossible to give the full scope of just how improbable the Hawks' fourth-quarter comeback to take Game 5 and a 3-2 series lead over Philadelphia was on Wednesday night.

But it's not impossible to give the full scope of what it means to the city.

The Hawks are Atlanta's darling right now, a team that has amazingly - as 11Alive's Joe Ripley put it - finally made somebody else look like an Atlanta sports team.

Long considered the chip-on-their-shoulder team in a city where the Falcons and Braves and even Atlanta United tend to get a bit more attention, the Hawks are currently spreading their wings as the talk of the town.

As NBA writer Jameela Johnson of atlhawksfans.com put it, evoking Andre 3000's famous line at the 1995 Source Awards: "The Atlanta Hawks have something to say."

The Atlanta Hawks have something to say.

Everyone from politicians such as Congresswoman Nikema Williams and Georgia Attorney General Chris Carr to the legend himself, Dominique Wilkins, are in awe of the Hawks around Atlanta.

Been a Hawks fan since 1978 and I’ve never seen anything like that. I could get used to this June basketball thing.#BelieveAtlanta #onemoretogo https://t.co/MQPpZxufbC

The account for the MGM Sportsbook in Las Vegas compared the Hawks to another Atlanta sports darling - The Freeze:

A quick recap of the Sixers vs. Hawks pic.twitter.com/s3TSxcrmVy

ESPN compared them to The Undertaker:

The Hawks in the first half

The Hawks in the second half pic.twitter.com/DgH8Q6a6XM

Perhaps no one put it better than Trae Young's dad, Ray Young, who wrote: "I’m proud of the @ATLHawks & proud of my son @TheTraeYoung. But I’ve watched him do this for years. I’ve just prayed for the day when other people would start to notice his game. Let’s keep it going though. The job is not finished."

The Hawks will have a chance to finish the job back home in Atlanta on Friday.