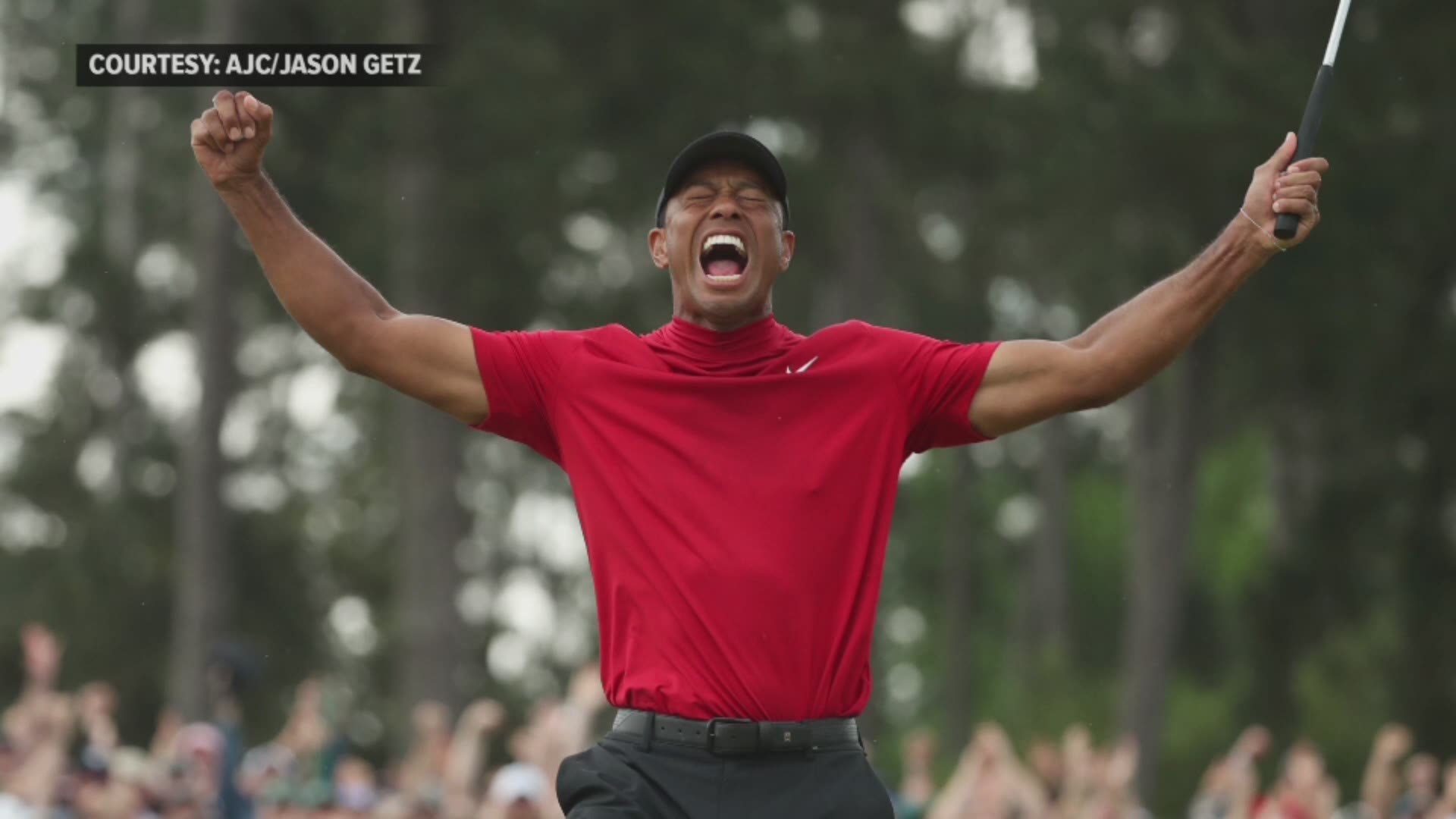 ATLANTA — The honeymoon phase between Tiger Woods and apparel manufacturers and merchandisers has officially begun amid the afterglow of the iconic golfer's Masters championship.

In a nutshell, thanks to Woods and his 15th major title (five green jackets), Tiger-related businesses are booming and media companies are enjoying the benefits of sizable web traffic.

In an email to 11Alive Sports, the Superstore confirmed the following tallies with Tiger-related products:

**A more than 50-percent bump with online comp sales for Thursday-Sunday (last week), compared to the same four-day period from last year.

2) The same Nike footwear that a large handful of weekend leaders wore at Augusta National.

**The pre-orders for the NIKE mock neck shirts have arrived at an accelerated rate, or considerably faster than the retailers had initially anticipated.

But rest assured, thousands of mock shirts (presumably in Tiger's 'Championship Red' for Sundays) will soon be hitting the superstores. (Orders can be placed here.)

But the recent 'Tiger Effect 2.0' has taken off like a rocket, in the wake of The Masters triumph.

In response to an 11Alive Sports email, Bridgestone said that a 'huge run' of pre-orders for the Tour B XS: TW Edition have already been processed, and the company doesn't expect a slowdown anytime soon.

In the email, Bridgestone officials are thrilled with the "bigger-than-normal" orders and the awareness boost in terms of customers now consciously looking at retail outlets for Bridgestone Tiger Woods balls. 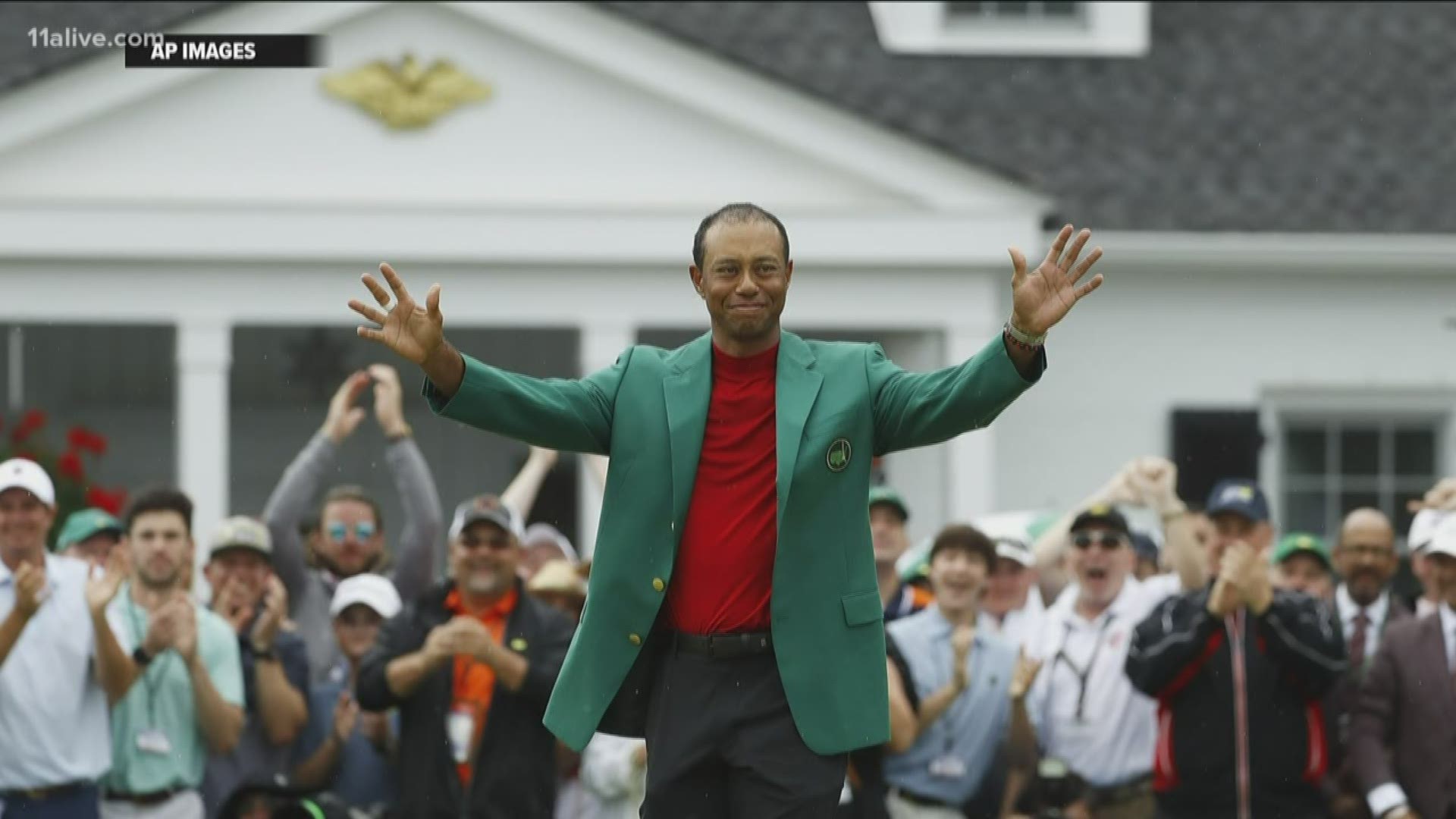 Bridgestone was kind enough to share the following figures with 11Alive:

**Website traffic has increased up to 200 percent since Masters weekend.

**Social media engagements have gone up by a whopping 300 percent.

**Online sales have experienced a major bump of 60 to 70 percent since the weekend, lending more credence to The Tiger Effect 2.0. 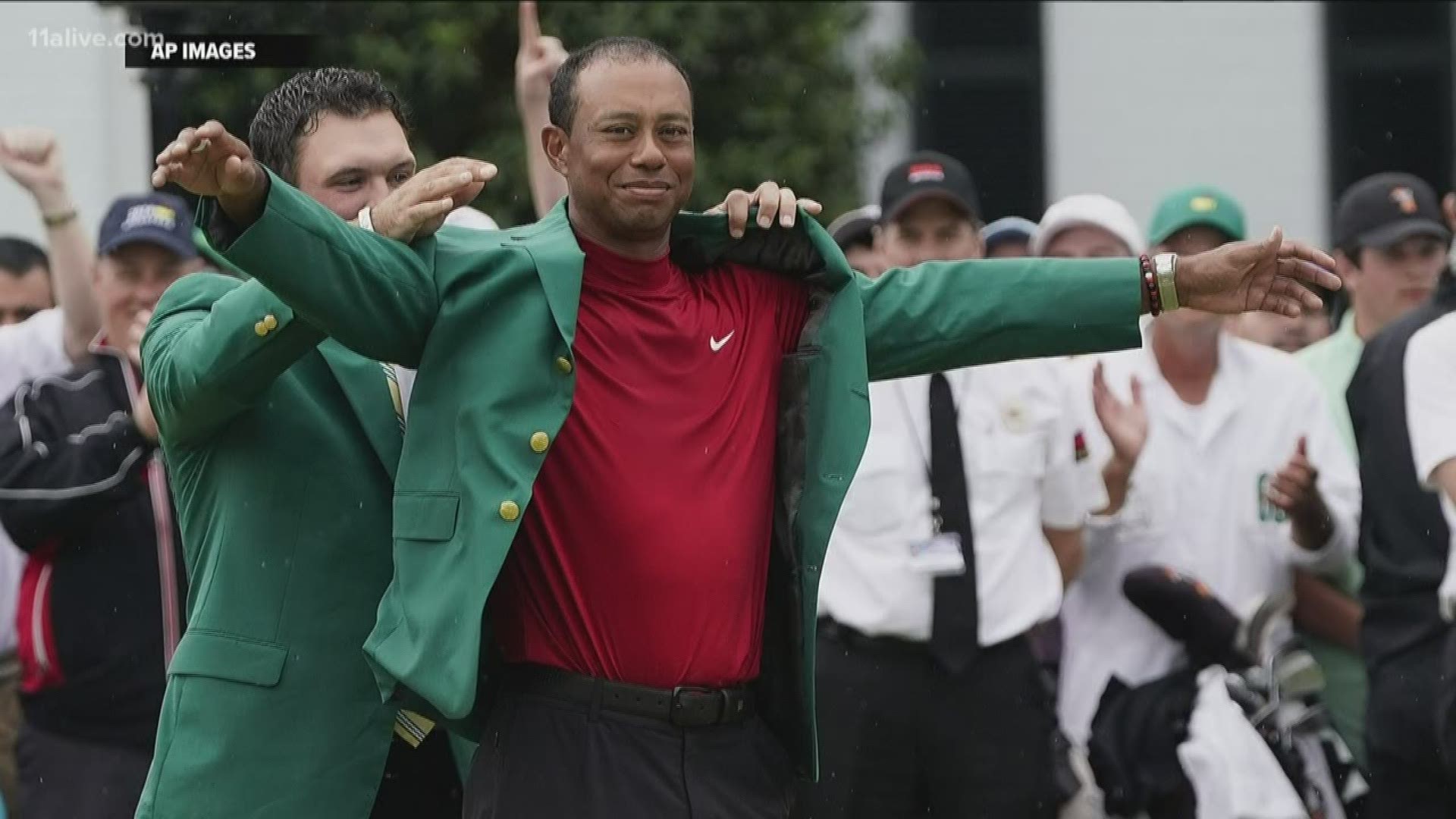