The bulldog mascot will not be allowed onto the field due to stipulations in SEC rules about essential personnel. 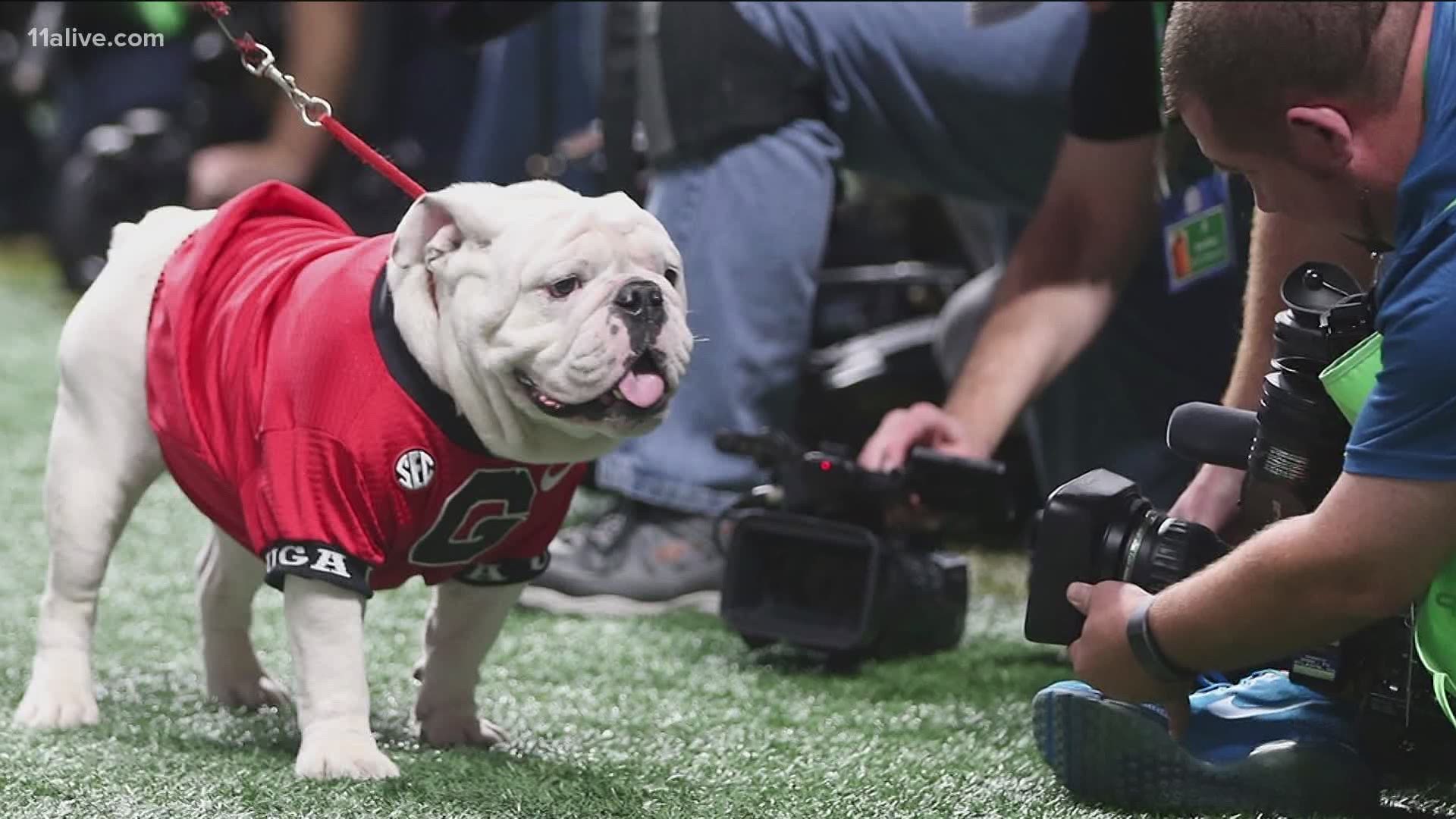 ATLANTA — It seems preposterous, but apparently Uga is not considered essential personnel.

Georgia's classic live Bulldog mascot won't appear on the field this season, at least in part due to SEC rules for play this year over only "essential personnel" being allowed on the field.

The school's athletic department confirmed Wednesday that Uga X won't be appearing between the hedges this season. They said it's still undetermined if he'll be brought into the stadium at all or not.

RELATED: The most classic mascot in college football is Georgia's Uga, according to Sports Illustrated

Que, who was collared as Uga X in November 2015, is now yet another of the missing elements that will make the Bulldogs' season a surreal experience in 2020.

The Dawgs kick things off on Sept. 26 at Arkansas, part of what will be a 10-game all-SEC schedule.

For now the plan is still to have some fans at games, at least, though nothing close to full Sanford Stadium's full capacity.

RELATED: Why does UGA play football 'between the hedges?'

The UGA Athletic Association said last month that capacity will be at 20-25%, in documents that were sent to season ticket holders and Hartman Fund contributors.

That would still leave room for about 20,000 fans, though we'll have to wait and see if there's room for one dog. Uga was named by Sports Illustrated last year as the most classic mascot in college football, and if he won't be coming even to sit in the stands, his absence will certainly be felt.